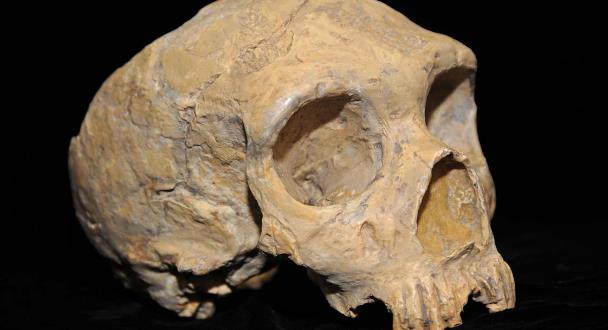 The skull and the tooth of a girl that is many centuries old have come across two teenagers in Kansas City.

Originally, the discovery of the skull was assumed to be that of a murderous victim, particularly because it was found with a puncture above the skull caused by a bullet.

Nevertheless, the skull was described by forensic anthropologists as belonging to a Mongolian woman of historical and prehistoric ages. The tooth displays signs of wear that signs to earlier American Indian human populations.

State officials will send a report to the American Indian tribes of the area and will hold onto the remains until one of the tribes formally requests possession of it.

“When I first saw it and realized what it was, I was scared,” said Heather, a junior at North Kansas City High School. She thought perhaps someone had been murdered.

The teens alerted a security guard at a nearby business. When police arrived they also thought they might have a homicide on their hands, in part because the skull had a hole that looked like it could have been from a bullet.

“We started ramping up, thinking we may be working a serious investigation,” police Maj. Steve Beamer said.

The skull and the tooth were sent to the Jackson County medical examiner’s office, which shipped them to a forensic anthropologist in Manhattan, Kan., to see if the skull belonged to a homicide victim, Beamer said.

Three days later, Michael Finnegan, who teaches anthropology at Kansas State University, told authorities there was no crime and that the skull belonged to a Mongoloid female of a historic or prehistoric era. He said the puncture on the top of the skull likely happened after she died.

The skull will be sent to the Missouri Department of Natural Resources, which plans to place it in the secure room at the Rock Bridge Curation facility at Rock Bridge Memorial State Park near Columbia, department spokeswoman Steph Reed said.

Such artifacts are protected through the Native American Graves Protection and Repatriation Act. As a show of respect to the culture, no photographs are being allowed.

State officials eventually will send a report to Indian tribes associated with Missouri. Reed said the remains will be held until one of the tribes formally requests possession of it.

The work of the medical examiner and forensic anthropologist was also sufficient in identifying the remains as of American Indian origin, and there are no further plans to identify the skull, Reed said.