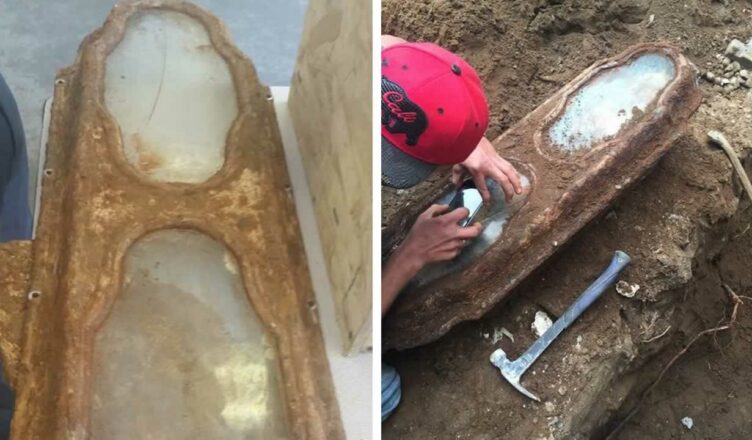 In the 1800s the mysterious girl, whose body was found under a house in San Francisco, her body entombed in a small lead and bronze coffin and her well-preserved hands clutching a single red rose, has been identified.

Garden of Innocence’s nonprofit project says the child — who not only astonished the work Crew who stumbled over the Casket but also city officials who thought the bodies in the 19th century Richmond District cemetery had all been moved — is Edith Howard Cook.

Edith was a month and a half short of her third birthday when she died Oct. 13, 1876, according to researchers working with the Southern California’s Garden of Innocence.

The cause of her death? Probably severe undernourishment caused by an infection, the researchers said.

The team had been working to identify the girl since her body was discovered during a home remodeling project near Lone Mountain.

“It was a light at the end of the tunnel finding out who she is,” said Erica Hernandez, a project spokeswoman

The researchers, who included staff at UC Berkeley, UC Santa Cruz and UC Davis, located records from the old cemetery that was run by the Independent Order of Odd Fellows until about 1902, when the graves were relocated to Colma.

Although the paperwork was “unorganized,” Hernandez said, the team was able to cross-reference plot records with old newspaper obituaries and get an idea of who the young child might be.

Once it concluded that Edith was probably the girl, the team tracked down living relatives for a DNA sample to verify their finding.

That confirmation came when a sample from Edith’s hair matched that of Peter Cook, a descendant of her brother, who lives in Marin County.

Edith’s family was believed to be of decent means, having buried the child in a relatively expensive metal casket 37 inches in length, with two viewing windows on the lid.

Her skin and hair, as well as her burial flowers, were well preserved. She was one of about 30,000 people with graves at the old Odd Fellows Cemetery.

Why her remains weren’t transported to Colma around 1920, when the city wanted to make room for the living, remains a mystery.