Archaeologists Unearthed The Remains of a 7,000-Year-Old City in Egypt

Archeologists working in Egypt have discovered an unprecedented town containing huts, iron and stone axes, pottery and, in the southern province of Sohag, even a small graveyard. 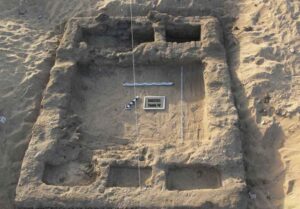 The Guardian reported that the archaeologists unearthed their spectacular discovery just 400 hundred meters from Seti I Tomb, across the Nile from Luxor. It is believed that the lost town once hosted senior officials and significant builders and dates from roughly 5316 BC.

So far, the archaeologists have found 15 large mastabas (mudbrick tombs). However, this may be a question of quality over quantity, as Antiquities Minister Mahmoud Afifi said in a statement :

“The size of the graves discovered in the cemetery is larger in some instances than royal graves in Abydos dating back to the first dynasty, which proves the importance of the people buried there and their high social standing during this early era of ancient Egyptian history.” 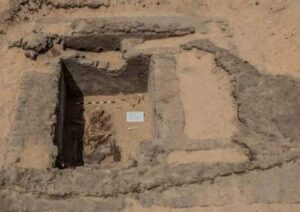 The antiquities ministry hopes that the discovery will provide new information on Abydos, one of ancient Egypt’s oldest (3,100 – 332 BC) and most important archaeological sites.

The Abydos boats are some of the fascinating artifacts that have been found there during previous excavations. The large size and features of the boats suggest that they could have been used for sailing, however the funerary links tend to dominate over that idea.

Yet, one of the most memorable features of Abydos is the temple of Seti I. The iconic structure was built mainly of limestone, though some sections were made with sandstone. Ancient Origins writer Dwhty provides more information on the temple’s characteristics:

“Seti’s temple was dedicated to Osiris, and consisted of a pylon, two open courts, two hypostyle halls, seven shrines, each to an important Egyptian deity (Horus, Isis, Osiris, Amun-Ra, Ra-Horakhty and Ptah) and one to Seti himself, a chapel dedicated to the different forms of the god Osiris, and several chambers to the south. In addition to the main temple, there was also an Osireion at the back of it. Various additions to the temple were made by later pharaohs, including those from the Late, Ptolemaic and Roman periods.”

This temple in Abydos is among the most famous in the country and some scholars claim it is the “most impressive religious structure still standing in Egypt.” Even though Seti I began the work on the temple, it was not completed until his son, Ramesses II , reigned. Despite Seti bringing order back to Egypt following the disruption caused by Akhenaten’s religious reforms , his story is largely overshadowed by his more famous son.

Regarding the pharaoh and his kin, within Seti I’s temple, one can find the well-known Abydos King List . This is a list of 76 Egyptian kings which has proven itself a useful tool in deciphering ancient Egyptian history – even if it is not complete.

But there may be even more intriguing information tucked away in the Temple of Seti I. John Black described one of the more controversial finds made within Seti’s temple for Ancient Origins. He wrote:

“On one of the ceilings of the temple, strange hieroglyphs were found that sparked a debate between Egyptologists. The carvings appear to depict modern vehicles resembling a helicopter, a submarine, and airplanes. At first the images circulating were thought to be fakes, but were later filmed and verified as valid images. Yet, even if these images clearly appear to resemble twentieth century machines, Egyptologists have tried to offer a rational explanation.”

Though debate continues about that provocative subject, the most recent find hints that there are still many secrets waiting to be exposed around the ancient Egyptian site of Abydos.