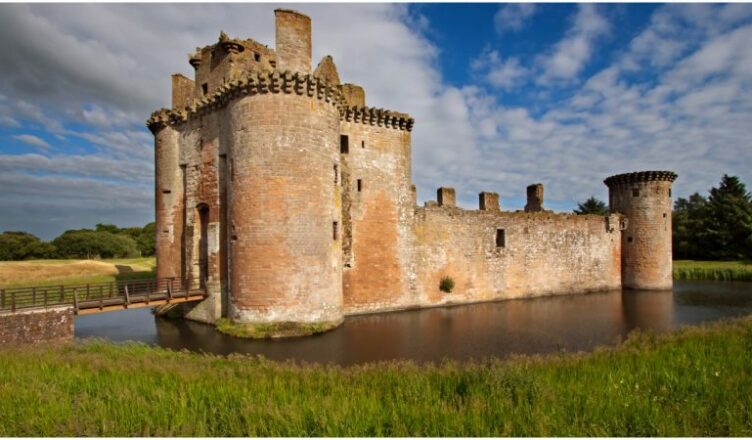 The Secrets and Hidden Designs of Medieval Castles

It is the romantic view of the towers of the castle or of the main entrance in medieval times that fascinates us. Exciting movie scenes show formations of archers trying to defend the castle from an enemy’s siege, shooting their arrows of fire from above.

However, little does it occur to us what a smart design each castle had. Every feature of the castle’s structure was thoroughly thought out and retained some specific, important function.

For instance, we might think of the moat was added there merely as an aesthetic feature. But the moat was truly devised as an obstacle for the enemy. Sometimes it was even invisible from the outside, placed in between the exterior wall and another inside wall within the castle.

The moat soothed a big concern for the castle’s inhabitants: what if invaders came and dug a tunnel below the fortress? Such a tunnel would have enabled access to some of the most vulnerable points inside the castle, evading the heavy defense around the main gate or the towers. Even worse, a tunnel was capable of collapsing entire walls.

On the other hand, the main gate was always a death trap. Believe it or not, if you came from the enemy party, who just progressed through the main gate, your chances of survival were pretty slim.

Many castles had entrances that were structured as follows: the gate opens to a small courtyard, and at the end of that courtyard there was another main gate. And this was the trap.

Another defensive invention that emerged sometime around the 13th century was the concentric circle’s design. Concentric circles usually entailed a series of earthworks encircling various designs of outer walls.

Such strategic defensive features provided a great advantage to the people within the castle.

The enemy had to go through an extra number of obstacles before reaching the moat and facing the deadly projectiles being thrown from any of the machicolations (openings in the floor of the battlements).

A castle element for spying on the enemy? Easy to guess, that was the tower. Towers enabled a clear view of the surrounding area, so that people approaching from any direction could be sighted, or an enemy army camp settled somewhere nearby could be observed the watchmen on the tower.

But perhaps the most intriguing feature of any castle was the smart design of the stairwells. In essence, these were the places where attackers were left almost handicapped even though inside the castle.

The stairwells, especially those that led up to the defense towers, very very narrow and had a curved inside wall that went up in a clockwise fashion, plus the steps were sometimes uneven. It was a smart defensive trick.

As swords were generally wielded with the right hand, the clockwise spiral gave a distinct advantage to the defenders. The attackers, trying to fight their way up the stairwell, would have to take the narrowing inside edge of the stair in order to swing his sword — and with nothing to hold onto for balance on the curved wall.

The defenders had a much better opportunity to inflict mortal wounds to the attackers head and body, and they also knew each uneven step they had to make.

If things went wrong and if nothing worked, there were always secret passages to leave the battlefield quickly. Other passages led to hidden dungeons, underneath the fortification. These dungeons sometimes also stored clean water for drinking and other essentials.

So indeed, castles were not just these magnificent structures which we look in awe at. A castle was also a masonry masterpiece finished to the greatest detail and most careful precision so that every feature of the edifice fulfilled a certain function.