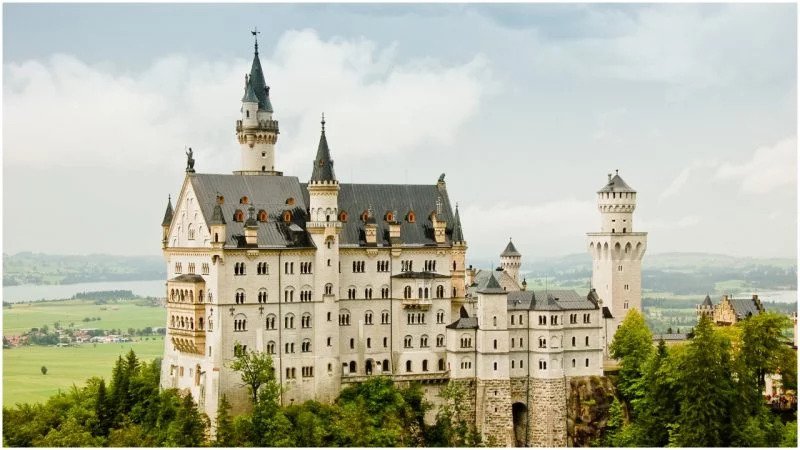 No visit to Germany would be complete without seeing the castle that inspired Disney’s the Magical Kingdom. But Neuschwanstein and King Ludwig II’s other castles are more than an obligatory kitsch stop on a whirlwind tour.

The fairy tale castle of Neuschwanstein remains the focal point for most tourists traveling to Germany to take in impressive scenery and architecture.

However, for those who want to experience more of the madness of King Ludwig II, there are several other of the monarch’s outlandish abodes and places of interest in the valley between Ammergau and the Allgäuer Alps.

But the king’s final home is really the big draw. A walk of just 30 minutes takes the inquisitive traveler from Schwangau to the world-famous castle.

If you can fight your way through the coach loads of tourists who always include the Disney-inspiring royal domicile on their tours of central Europe, you will see what all the fuss is about.

Every year 1.3 million people visit “the castle of the fairy-tale king”. In the summer around 6,000 visitors a day stream through rooms that were intended for a single person.

While visiting the castle as part of a tour of southern Germany is as obligatory as getting sloshed at Oktoberfest or the Hofbräuhaus in Munich, visiting Rothenburg or Heidelberg, there is a reason why it is an essential part of the agenda.

After gaping at the dream-like beauty of the castle itself, the other-worldly nature of the interiors really starts to capture the imagination.

More than any other of his homes, Neuschwanstein really shows what Ludwig II was trying to achieve when he had the castle built as his retreat from public life.

Ludwig escaped into a dream world in the castle — the poetic world of the Middle Ages – which can be seen in vivid colors throughout the extravagantly decorated rooms.

Wagner-inspired rooms provided an escape into a dream

The rooms are filled by picture cycles inspired by the operas of Richard Wagner, to whom the king dedicated the castle.

These decorations, while not directly modeled on Wagner’s works, take in the medieval legends that the composer was inspired by and provided Ludwig was an alternate reality in which to live out his final days in blissful insanity.

“I want to remain an eternal mystery to myself and others,” Ludwig once told his governess, and it is this mysterious element that adds to the buildings grandeur.

People flock to see where the shy king retreated to but also to imagine what it was like to lose one’s self in such surroundings, Ludwig’s final refuge from reality.

A life in castles

His unconventional approach to his rule led him to build a number of outrageously intricate castles of various styles and sizes between Ammergau and the Allgäuer Alps, each one telling a different chapter in the story of his weird and wonderful life.

In his father’s neo-gothic castle at Hohenschwangau, for example, Ludwig II spent his formative years while the Herrenchiemsee palace – a copy of the Palace at Versailles built on Lake Chiem – was created during a period when Ludwig himself mirrored Louis XIV’s dream of becoming not merely a king but a god.

But it is Neuschwanstein that sums up Ludwig’s tenuous grip on real life and the magical madness that led to the creation of one of Europe’s most iconic castles.