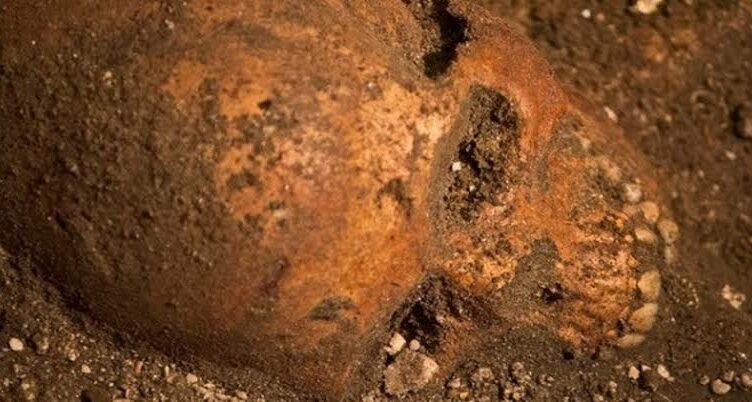 Historians recently announced in Florida that several small children’s bones buried beneath underneath the last place one might think to look: a wine shop.

However, there will be no police inquiry. The Florida wine shop happens to be located in St. Augustine, America’s oldest city. And those bones? They’re just about as old as the city is.

The archeologists actually believe that these skeletal remains could have been among the first settlers in North America.

In the past few weeks, researchers have found seven people including three children, in the ancient graveyard.

According to the St. Augustine Register, one of them was a young white European woman.

Researchers are still examining the other remains, but a pottery fragment found nearby suggests that these people died sometime between 1572 and 1586.

“What you’re dealing with is people who made St. Augustine what it is,” Carl Halbirt, St. Augustine city archaeologist, tells FirstCoast News. “You’re in total awe. You want to treat everything with respect, and we are.”

Archaeologists were able to dig underneath the building thanks to the effects of last year’s Hurricane Matthew, the flooding from which convinced the building’s owner that it was time to replace the wooden floor.

According to Smithsonian Magazine, the building’s floor was constructed in 1888, and the soil beneath the building has remained untouched since then, thus creating a virtual time capsule.

The building also happens to be built where the ancient Church of Nuestra Señora de la Remedios used to stand.

“The mission churches across Florida buried everybody in the church floor,” Ellsbeth Gordon, an architectural historian, told FirstCoast News. “It was consecrated ground, of course.”

According to Smithsonian, Sir Francis Drake burned the church down in 1586, a hurricane destroyed it again in 1599, and the British once again burned it down in 1702.

That last time may have been for good, but until then the church had been the main meeting point for a colony that had been established 55 years before the Pilgrims ever set foot on Plymouth Rock.

While the archaeologists are planning on moving the bones found outside the wine shop to a nearby cemetery, the skeletons found inside will stay right where they have lain for the past 400 years.