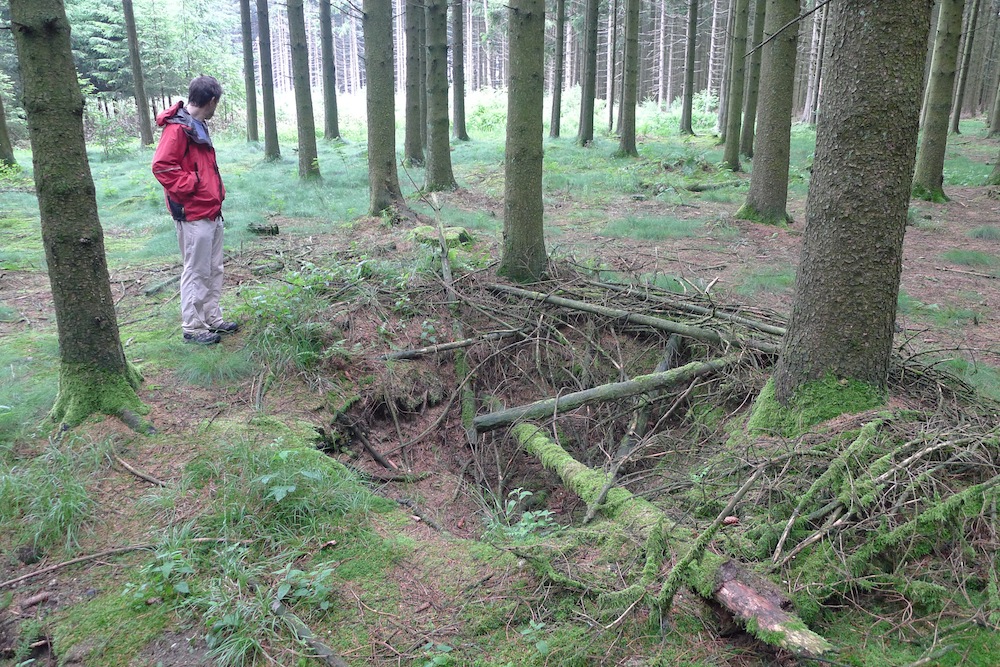 The ghosts of battle from World War II remain deep in the forests of northwestern Europe. These landscapes keep bombs, trenches and even the remains of supply depot-all of which have not yet been well studied.

These battleground remnants may shed new light on logistical support of German field armies and the impact of Allied bombings, researchers said in a new study.

David Passmore, a geoarchaeologist and lecturer at the University of Toronto, Mississauga, led the study. Passmore specializes in conflict archaeology, the study of battlefields and conflict in human societies.

“Although the history of the Second World War is widely documented and intensely researched, the archaeology of WWII has only recently begun to be formally investigated.

There have been plenty of studies on coastal fortifications, large battlefields, and the D-Day landings, but Passmore couldn’t find any documentation of conflict in the forests of Europe.

“We realized quite soon there had been a very little formal study of WWII landscapes in these forested terrains,” he said.

So, Passmore and his colleagues conducted a formal archaeological survey of key WWII battlegrounds from June 1944 through February 1945.

In particular, the archaeologists focused on parts of northwestern France; the Ardennes forests of Belgium, Luxembourg and Germany; the Hürtgenwald and Reichswald forests of western Germany; and the woodlands around the Arnhem region of the Netherlands.

They conducted field walks of these areas based on information from academic studies, Internet searches, and WWII heritage guidebooks.

The researchers found evidence of bomb craters, foxholes and trenches, as well as German logistics depots.

These landscapes “can tell us a great deal,” Passmore said. “These things [could] illuminate war diaries and accounts of battlefield history, and provide a far more accurate impression of where troops were fighting, how they were fighting” and so on, he said.

What the Allies knew

The logistics depots provide a picture of exactly where and how the Germans established their support network for armies before the Allied invasion of Normandy, how they developed this network during the invasion and how the depots were overrun, Passmore said.

“We are now interested in investigating what the Allies knew of these depots, and how they went about attacking them with bomber forces,” he said. By comparing Allied intelligence records of the suspected locations of German depots to the archaeological evidence, researchers can determine how successful the Allied bombings were.

Working in these battle-scarred landscapes can be very moving, Passmore said. “You can stand next to bomb craters or in foxholes, where you know soldiers stood under the most extraordinarily stressful conditions.”

Passmore emphasized the importance of documenting these forested WWII landscapes before they are destroyed.