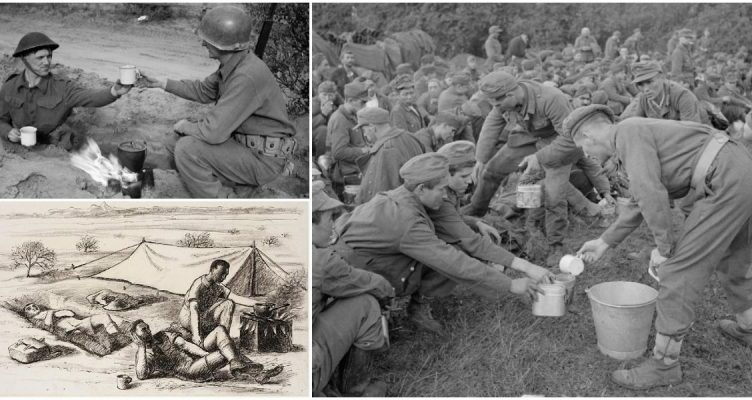 The Year Britain Bought Up All the Tea in the WWII

The Second World War, from 1939 to 1945, marked a six-year world conflict, affecting the vast majority of the countries of the world somehow.

More than 100 million individuals from over 30 nations were engaged as the most prevalent war in history, changing political lines and forever transforming the global social structure.

Nearly sixty million people lost their lives in World war 2, of whom 40 million were civilians. Soldier death had to be removed from the battlefield as a result of serious mental trauma and nervous failures as a result of more death than any other person ever should be.

There was much comfort to preserve morality in those chaotic time. The UK Government, therefore, in 1942 decided unusually and in order to assist their troops, bought all the black tea available in the European market.

Desperate times called for desperate measures, and tea was an object of comfort; it was easy to make and healthy, reminding the young men of home. Yes, it might sound a bit like a Monty Python sketch, but there was a logical and pragmatic reason behind this.

Water was transported to the front lines mostly in old oil cans, so to mask the flavor soldiers would drink tea instead. By doing so, they were keeping themselves hydrated, refreshed, and energized due to the caffeine in black tea.

Besides keeping the men hydrated, the act of making and drinking tea was also a time for bonding, raising their morale and courage.

Tea drinking was a long-established tradition in the British Army, with reports that tea was liberally distributed among the men on the morning of the Battle of Waterloo in 1815.

When the government bought all the tea on the market in 1942, they made the tradition official. The soldiers improvised and built some kind of a simplified petrol stove or a brazier, now known as the Benghazi burner.

This is how British troops, as well as their Commonwealth and Imperial allies, handled the heat during the North African campaign of WWII.

The Benghazi burner itself was made of a single four-gallon (18-liter) empty steel fuel can be known as a “flimsy,” or biscuit tin.

The top side of the can be pierced with holes so oxygen would run through freely, and the bottom half of the can was filled with sand.

When all was set and ready, gasoline would be poured onto the sand, which was stirred and finally ignited. A second can of the same size usually was placed on top so it could be used as a cooking vessel.

The pressure stove or the cooker inside British armored vehicles usually ended up jammed by the desert sand, so troops had to settle for the Benghazi.

The Benghazi burner had the advantage of being very fast and silent, and the fact that empty cans, sand, and petrol were almost everywhere around them meant that soldiers could make tea in seconds.

On the other hand, the hot sand sometimes exploded when lit, or would burn the petrol too quickly, making it a fairly unpredictable “cooker.”

The importance of the Benghazi burner in the desert campaign and the usage of tea generally throughout the war was immense. On some occasions, a battalion would use as much as 100 gallons (about 450 liters) of fuel per day in making tea.

One soldier even suggested that morale was directly intertwined with the “supply of brews” and that “tea had become like a drug to us.”

And while all this might be true, and the UK really purchased all of the tea available, one questions still remains unanswered. What were India and China drinking then, chamomile?