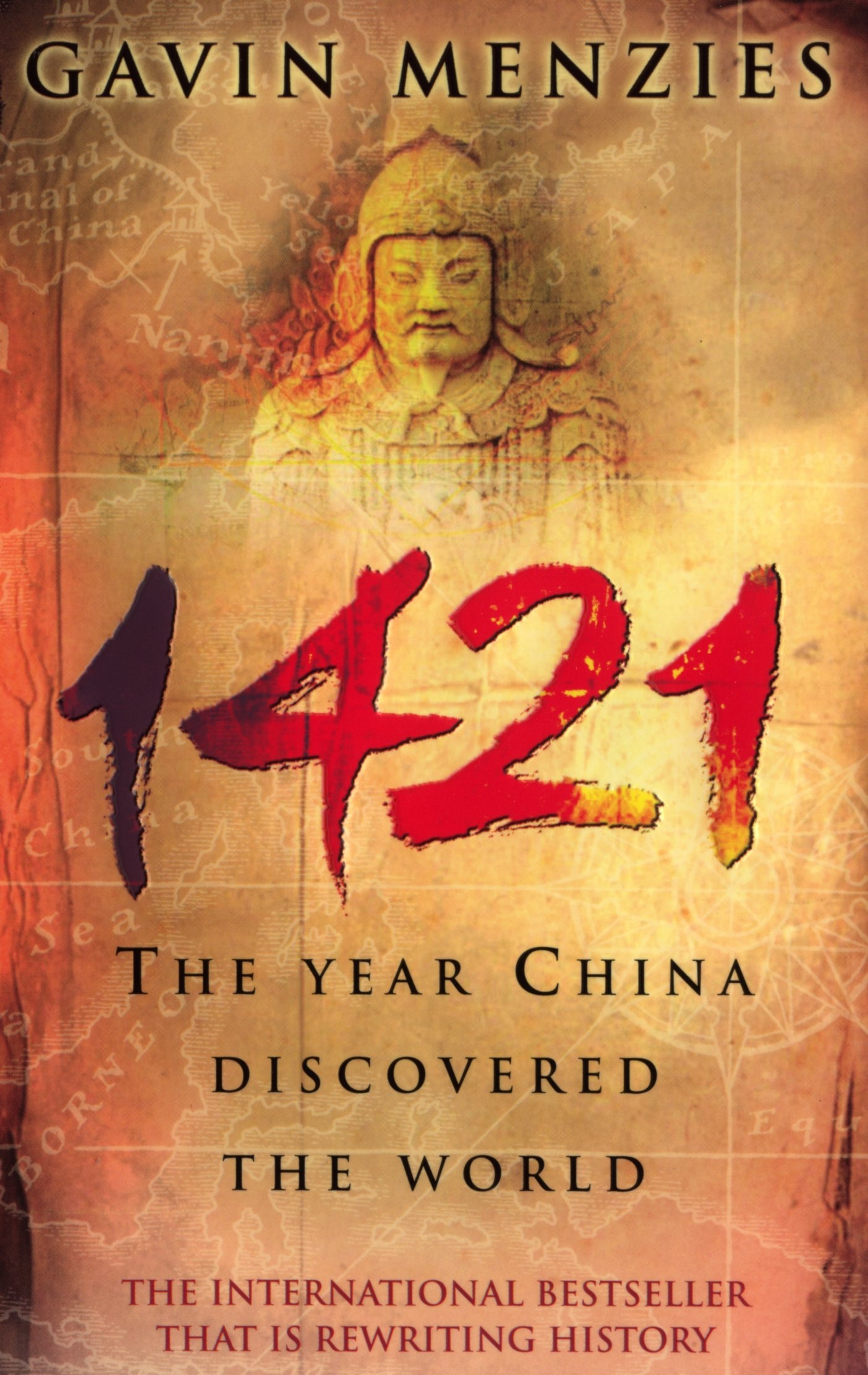 Did Chinese Discover America in 1421?

Although we all know that Vikings landed there much earlier, Christopher Columbus has been credited with the discovery of America for many decades, but fresh results demonstrate that the Chinese were here much sooner than any other.

Researchers have found writing carved into rocks that suggest the Chinese were here long before any European landed. They believe they inscribed the writing alongside the carvings of Native Americans thousands of years ago.

An amateur epigraph researcher and retired chemist name John Ruskamp, came across the strange markings while walking in the Petroglyph National Monument in Albuquerque, New Mexico.

He says they indicate ancient Chinese explorers were in the Americas around 1,300BC – around 2,800 years before Columbus accidentally came to the New World in 1492. Mr. Ruskamp said: “These ancient Chinese writings in North America cannot be fake, for the markings are very old as are the style of the scripts. As such, the findings of this scientific study confirm that ancient Chinese people were exploring and positively interacting with the Native peoples over 2,500 years ago. The pattern of the finds suggests more of an expedition than settlement.”

However, most experts are quite skeptical; they point out that there is almost no archaeological evidence that could support his claim of ancient Chinese explorers ever setting foot in the New World.

It should be pointed out though that Mr. Ruskamp was not the first to claim that the Chinese first discovered America. Gavin Menzies, a retired submarine lieutenant claimed the Chinese had sailed to North American in 1421,  a full 30 years before Christopher Columbus was even born.

Mr. Ruskamp claims to have found 84 different pictograms which are very similar to other findings in other states including California, Utah, Arizona, Oklahoma, and Nevada.

Many experts have examined the pictograms that were found before and had stated that they are most likely a form of writing that stopped being used thousands of years ago.

What Mr. Ruskamp found on the rocks in Albuquerque seem to be an ancient form of writing that was used up until the end of the Shang Dynasty. These pictograms are known as oracle bone pictograms; supposedly the markings are a record of a sacrificial ritual, most likely to the 3rd Shang Dynasty emperor Da Jia (Since the emperors were seen as gods) and divination of a ten-day sacred period.

Mr. Ruskamp said: “Although only half of the symbols found on the large boulder in Albuquerque, New Mexico have been identified and confirmed as Chinese scripts, when the four central pictogram-glyphs of this message – Jie, Da, Quan, and Xian – are read in the traditional Chinese manner from right to left, we learn about a respectful man honoring a superior with the sacrificial offering of a dog.”

“Notably, the written order of these symbols conforms with the syntax used for documenting ancient Chinese rituals during the Shang and Zhou dynasties, and dog sacrifices were very popular in the second part of the second millennium B.C. in China.”

Mr. Ruskamp also said he found scripts for the number five and pictograms that describe a boat on the water, he found these on the shore of Little Lake in California. He also found scripts for dogs and flowers, and the earth all scratched in rocks at the Petroglyph National Monument.

There was also a finding in the Petrified Forest National Park in Arizona of an elephant that dates back to 500BC. A pictogram discovered in the Grapevine Canyon in Nevada seems to be an oracle-bone era symbol of teeth dating back to 1,300BC, these findings show that the Chinese explorers were spread across much of the US. One ancient message, that is preserved in Arizona translates as: “Set apart (for) 10 years together; declaring (to) return, (the) journey completed, (to the) house of the Sun; (the) journey completed together.”

There is an unidentifiable character at the end of the text that may be the author’s signature. Mr. Ruskamp said: “Here the intention of the ancient author was more to document an event than to leave a readable message.”

In a book and an academic paper written by Mr. Ruskamp – which is currently under review by his peers – he claims that the carvings have gone under significant weathering, also known as repatination, which indicates they were scratched in long ago.

He claims that the Shang script fell out of use after the fall of the Shang Dynasty in 1046BC and was only discovered in China and deciphered around 1899. Taking all this into account Mr. Ruskamp is very adamant about these being real. He also points to DNA evidence that shows Asian and Native American people share many DNA traits

He said: “For centuries, researchers have been debating if, in pre-Columbian times, meaningful exchanges between the indigenous peoples of Asia and the Americas might have taken place.”

“Here is “rock solid” epigraphic proof that Asiatic explorers not only reached the Americas but that they interacted positively with Native North American people, on multiple occasions, long before any European exploration of the continent.”

Slowly but surely more and more experts are starting to take his findings seriously since they are very similar to theories put forward by Dr. Dennis Stanford of the Smithsonian Institution. Dr. Stanford believed that North America was first discovered and populated by Asians during the First Ice Age.

According to the Epoch Times, Dr. David Keightley is the staunchest supporter of Mr. Ruskamp’s beliefs. He has even been deciphering the scripts that have been found carved into the rocks, since he is an expert on Neolithic Chinese civilizations at the University of California, Berkley. The findings of Mr. Ruskamp have also been studied by Dr. Michael Medrano, chief of the Division of Resource Management of Petroglyph National Monument. This was his statement to the Epoch Times: “These images do not readily appear to be associated with local tribal entities. Based on repatination, they appear to have antiquity to them.”