Pompeii is already a gold mine for archaeologists, but a new find in the ancient city has added to the list.

According to the Associated Press, French and Italian archaeologists have confirmed that four skeletons and three gold coins were found in the ruins of an ancient shop on the outskirts of the city, which is near Naples in the southern part of the country. 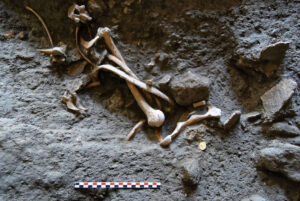 They added that as the bodies were placed up against the wall, the shop was most likely ransacked following the eruption by looters who burrowed in “on the search for treasures hidden under the ashes.”

One of the skeletons was an adolescent girl who, along with the others, had perished following the volcanic eruption of Mount Vesuvius in the year 79.

Excavators also found a limestone tomb that dated back to the fourth century B.C., which contained the body of a man. 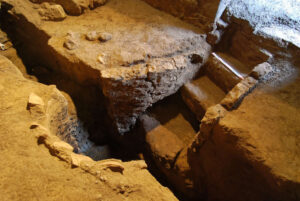 They added that the tomb was also decorated with funeral vases, which “adds to the rare funerary testimony of the pre-Roman age.”

Experts stated that they also found a workshop, which they think was used to make bronze objects.

This is one of two sites that were evacuated in May in the small town of Herculaneum, which also sits in the shadow of the volcano, near the city. The second is another shop that archaeologists are still excavating. 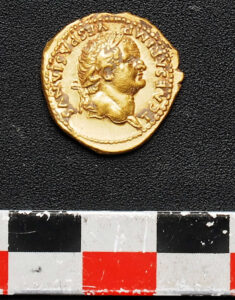 While bodies have been found in Pompeii before, this discovery is especially interesting due to its location.

Many of the famous, preserved victims of the volcanic eruption were caught while trying to flee the city.

This is one of the few times that archaeologists have been able to place a body with a place of work or home.