Italian archaeologists claim they discovered a cemetery which reveals complex funeral rituals that date back over 3,000 years in the newly-controlled Swat valley of Pakistan.

In the 1950s, the Italian mission started digging at Udegram, a place of Buddhist jewels in Swat, north west of Pakistan for its spectacular mountain, valley and river fields.

Archeologists had awareness of the Udegram pre-Buddhist grave site, but only recently discovered the collection of almost 30 graves, tightly clustered and partially overlapping. 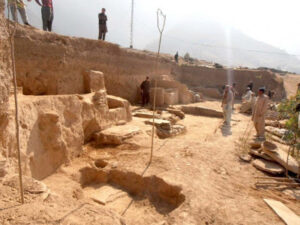 “Some graves had a stone wall, others were protected by walls and enclosures in beaten clay,” Luca Maria Olivieri, head of the Italian mission, told AFP.

Olivieri says the tombs point to the culture that predates the Buddhist Gandhara civilisation that took hold in northwest Pakistan and eastern Afghanistan from the first millennium BCE to the sixth century AD.

“The presence of a few iron fragments might be amongest the most ancient traces of this metal in the subcontinent,” he said.

Bodies were first laid to rest in open graves, fenced in by wooden railings. Then the graves were re-opened and the bones partially burnt before the graves were sealed and a burial mound built.

Men were buried with high quality flasks, bowls and cooking pots, and women with semi-precious beads, bronze hairpins, and spindles. 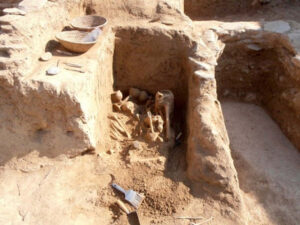 Taliban insurgents led by cleric Maulana Fazlullah terrorised the Swat valley from 2007 to 2009, beheading opponents and burning down girls’ schools as part of their determination to implement a harsh brand of Islamic law.

An army offensive in 2009 claimed to have defeated the insurgency, but isolated attacks continue. 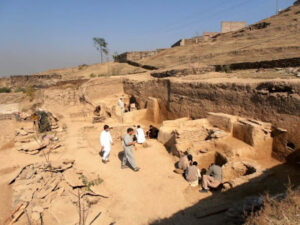 The Taliban shot schoolgirl Malala Yousafzai in the head in Mingora, the main town of Swat, in a case that sparked worldwide condem-nation. She is now undergoing treatment in Birmingham, England.