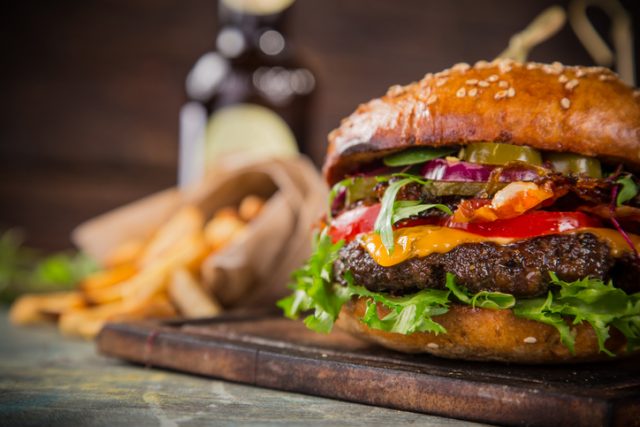 The Swiss Army Knife is widely believed to have been invented in the 19th century, along with other multi-use pocket knives, as an ingenious alternative to soldiers ‘ daily struggles in the field.

A knife with various attachments was provided by the Swiss Army which could be used to cut ropes, open canned food and disassemble service rifles.

It turns out, however, that the pocket tool multi-function has a much longer history. Several devices from the Roman period, which bears a striking resemblance to the modern Swiss Army Knife, have been discovered across Europe.

The most impressive example dates from the 3rd century AD and is now held at the Fitzwilliam Museum in Cambridge, England.

According to the magazine Museum Crush, the knife contains a number of attachments, including a folding spoon, and a knife and fork.

It also boasts a toothbrush, a toothpick, a spatula, and a thin spike that was probably used to extract meat from crabs or tease snails from their shells.

Unlike the Swiss Army Knife, this tool doesn’t appear to have been part of the standard-issue kit for Roman soldiers. It is made from silver and is known for its beautiful decoration and ornate finish.

As a result, according to Wired, it probably belonged to a high-status Roman who was fond of traveling. This compact, stylish little tool contained everything a Roman notable would need when attending feasts far from home.

However, the multi-function tool is just one of many surprising inventions brought to the world by the ingenious Romans.

Did the Romans actually invent the beef burger?

According to English Heritage, one recipe in the Roman cookbook Apicius indicates that they may have pioneered the humble burger long before the Americans. The book contains a recipe for isicia omentata, which consists of minced meat, flavored with pepper, red wine, pine nuts, and a fish-based sauce.

The resulting mixture is shaped into a patty, not unlike our modern burgers. This dish, however, would have been served at feasts and great banquets, making it a far more upmarket version of the modern fast-food classic.

The Romans also invented the newspaper

Albeit centuries before the paper was commonly used in Europe. The concept of publicizing daily events and news was developed by the Romans, who would inscribe the news of the day in stone tablets that were then placed around towns for the public to see.

These inscriptions were known as the Acta diurna (daily acts), and the BBC reports that they could be viewed as an early prototype of the modern newspaper.

Communications were particularly important to the Romans. As the Empire expanded under Caesar Augustus, it became clear that they would need to invent a new method of transporting messages to and from the provinces. As a result, Augustus established a regular system for carrying messages by horse-drawn ‘mail carts’ that could cover 50 miles per day.

According to the Bath Postal Museum, an elaborate system of relays was developed to ensure that priority messages were transported as quickly as possible. In this way, the Romans developed the first official postal system in Europe.

Finally, one of the most surprising Roman inventions of all was the automated vending machine. According to the BBC, Hero of Alexandria was a Roman mathematician and engineer who lived in the North African province of Egypt in the 1st century AD.

He was known for his wild experiments and is thought to have invented the first prototype of a steam engine. However, one of his most successful inventions was a small, the automated machine that was designed to dispense holy water.

Visitors could insert a coin, which would then sit on a weighted platform and release a set amount of water before the coin fell off. This is the first recorded automated vending machine in history, almost 2000 years before they would become a common feature of our modern lives.