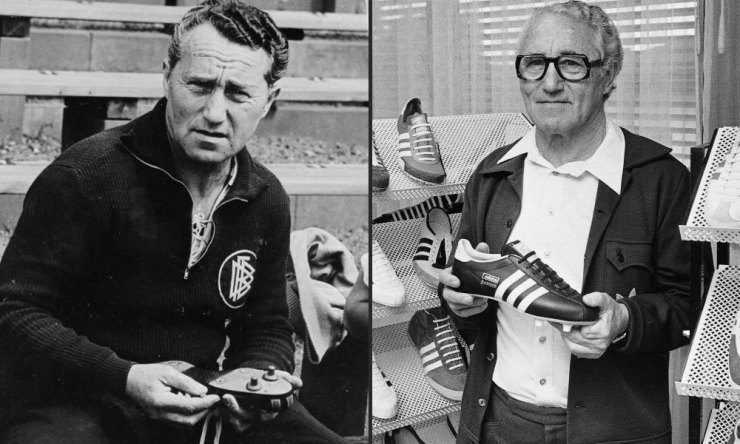 It had an excellent novel or movie making. The tale was based on a good family business that turned into two brothers ‘ vicious competition. It spanned most of the 20th century as well as a deeply divided city, including the Nazi period.

It all started in the 1920s in a tiny urban area in Germany. Herzogenaurach was the city. A small company called the Dassler Brothers Sports Shoe Company was owned by the brothers. They worked out of their mother’s laundry room.

The older brother was Rudolph, also known as Rudi, an extrovert, who loved the sales aspect of the business. Adolph, or Adi, was a quiet craftsman, who designed and produced the shoes.

Like many of their fellow citizens, the brothers joined the Nazi party after Adolph Hitler came to power in 1933. Their shoe business remained modest until 1936. In that year, Germany hosted the Olympics.

In an ironic twist, the two-party members got legendary African-American runner Jesse Owens to wear their running shoes while competing. Owens went on to win four gold medals during the games. The exposure of their product gave Dassler Shoes a huge boost in sales.

Despite or because of their success, tensions between the brothers grew. Apparently, their wives did not much like each other from the beginning. Things got worse from there.

There were various incidents that pushed them further apart. The story goes that during an Allied bombing, Rudi and his wife were already sitting in a shelter.

When Adi and his spouse arrived, Adi made a comment about the town getting bombed again. Rudi supposedly mistook Adi’s comment as a personal attack against him.

Later, Rudi was called up to fight in the German army. Rudi was convinced that Adi and his wife had deliberately planned to get him sent to the front and killed. Rudi was arrested twice, first by the Nazis for deserting his post, then later by the Allies. Rudi blamed all of this on Adi. Meanwhile, as Rudi was stuck as a prisoner of war, Adi began selling shoes to American military servicemen.

Bad feelings remained and the company was divided in half in 1948, including all assets and employees. Adi named his new company “Adidas”, a combination of his first and last names. Rudi first named his company “Ruda”, and then changed it to the sporty-sounding “Puma”.

Two competing shoe factories were built, on opposite sides of the town. Herzogenaurach’s economy was soon dominated by rival companies — most of the population in the town by this point was working for either Adidas or Puma.

The town was rigidly divided by company loyalty. Marrying or dating anyone from the rival company was forbidden, and there were businesses that would serve only Adidas or Puma customers. It was said that people in Herzogenaurach would first look down and check your shoe brand before deciding whether to start a conversation.

Meanwhile, both companies prospered for a while. Rudi and Puma had better sales staff, while Adi and Adidas were stronger at technical components and relationships with athletes. Adidas generally had the upper hand financially over Puma.

While competing intensely against each other, a newer company would eventually come along to dominate the athletic sports shoe industry. That upstart company was Nike, causing both Adidas and Puma to go into decline.

By the early 2000s, both brothers had passed away. They were buried at opposite ends of the same cemetery in town, with as much distance as possible between them. In a symbolic gesture to end the longstanding feud, in 2009, members of both companies agreed to play a relatively friendly game of soccer against each other.