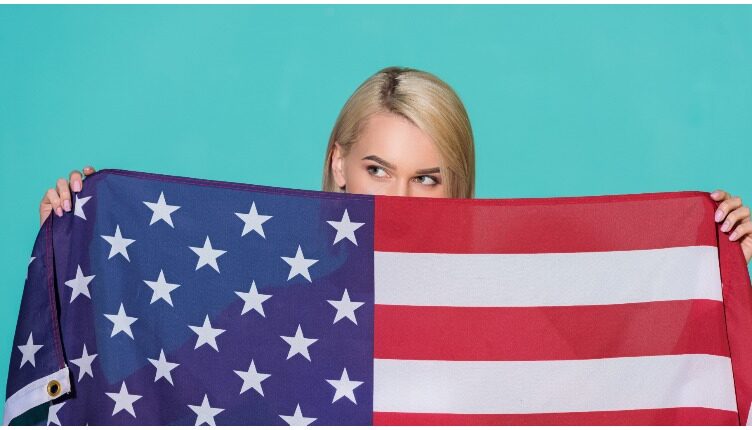 Even though the technology of war is constantly being improved, research and development aren’t always as quick as the military needs. That was certainly true during World War II.

Americans contributed to the war effort in a variety of ways. For some this meant enlisting in the armed forces, for others it was conserving food and gas. For Mary Babnik Brown of Pueblo, Colorado, it meant sending her knee-length hair to the government—for purposes that are still disputed to this day.

Babnik Brown was born in Pueblo in 1907 and by her early teens became a famous local dancer. She even gained the nickname “Arcadia Mary,” after the club where she was often found to show off her poses.

As recounted in a 1990 article in the Colorado Springs Gazette, by the 1940s, Babnik Brown was employed at a broom factory and volunteered with the United Service Organizations (USO) at the Pueblo Army Air Base (now the Pueblo Memorial Airport), where she taught GIs how to dance. By this time, she had also earned another nickname—“The Lady With the Crown.” This had nothing to do with dancing, but rather with her incredibly long hair, which she claimed had never been cut, save for a few minor trims. Her tresses were around 34 inches long, and she often wore them braided and wrapped around her head like … well … a crown.

In addition to her hair’s remarkable length, Babnik Brown took terrific care of her locks and used only basic shampoos to keep them clean.

Another 1990 newspaper article, from the Allegheny Times, quotes a historian who describes Babnik Brown as having, “fine blond hair, which had never been bleached or touched by a hot iron.” For years, her hair was little more than a source of pride and local fascination.

In 1941 the War Department put out a call to the American public—for hair. The government requested donations of long, healthy hair, not to make wigs, but to use the strands in the development of military instruments.

In 1943, Babnik Brown spotted one of these vague calls for women’s hair in one of the Pueblo papers. While the exact advertisement she saw does not seem to have been preserved, according to a 1943 report in The New York Times, a similar ad answered by a Long Island woman requested “patriotic blonde” hair that had never been “primped with curling irons or treated with chemicals of any kind.”

Babnik, eager to contribute more actively to the war effort, responded to the ad with a letter offering her long locks. She received a response from the Washington Institute of Technology, dated November 26, 1943, asking for a sample to see if it made the grade.

The letter stated that her hair had to be at least 22 inches long and untouched by chemical treatments—neither condition being a problem for Babnik Brown. Authorities promised that should the hair prove usable in “meteorological instruments,” she would be reimbursed in United States War Savings Stamps.

She soon received word that her hair would be ideal. So, for the first time in her life, Babnik Brown cut her hair—all of it. She later said that she cried for days afterward and wore a bandanna for months to hide her shorn look. When she was offered the promised savings stamps, Babnik Brown turned them down, satisfied just to have contributed. Then, for decades, she heard nothing about how her hair was used, or even if it was used at all.

Babnik Brown went on to work with the State Federation of Labor and never moved out of her hometown. But in 1987, at the age of 80, she finally received word about the fate of her donated hair. It came in the form of a letter from President Ronald Reagan himself, wishing her a happy birthday. The surprising letter not only thanked Babnik Brown for her selfless donation but also mentioned that her hair had been used to create the reticule in the famous Norden bombsight—a top-secret WWII targeting device.

The Norden sight was a complex mechanical computer designed to allow bomber planes to drop their payloads with an accuracy unheard of in its day. The sight was considered so important that it is said to have been armed with explosives so that it could be destroyed on the fly, to prevent it from falling into enemy hands. Reagan’s letter to Babnik Brown rather casually mentions that her donated hair was used as the actual crosshairs of the device.

As the story was reported by the Associated Press, the developers of the sight had trouble finding a material for the crosshairs that would not flex or deform in the constantly shifting altitude and temperature of a bomber. They tried conventional wire, and even the silk of a black widow spider, before the military, found Babnik Brown’s blonde hair to be a perfect fit.

However, Reagan’s letter may have overstated the reality of the situation, as a number of modern historians are pretty sure the Norden sights didn’t use human hair at all.

The Museum of Aviation in Georgia claims that no one has seen a Norden bombsight with anything but crosshairs etched directly onto the glass and that the sight was in use long before Babnik Brown’s donation.

On their website, they state, “One important thing to remember is that all of this took place before the Internet when fact-checking research was a very time consuming and laborious task.” According to them, the story connecting Babnik Brown’s hair to the Norden bombsight began with Reagan’s letter and was passed on from there.

Still, there are others, such as Mike Wright, President of the Pueblo Weisbrod Aircraft Museum, who are still open to the idea. “My understanding is that they used [her hair],” he says. “We have two Norden, and you wouldn’t be able to tell.”

Whether her hair was ever actually used in a Norden sight or not, Babnik Brown was presented with an award from the Colorado Aviation Historical Society in 1990 for her selfless wartime service and sacrifice. Babnik Brown passed away in 1991, but her locks live on in both history and legend.