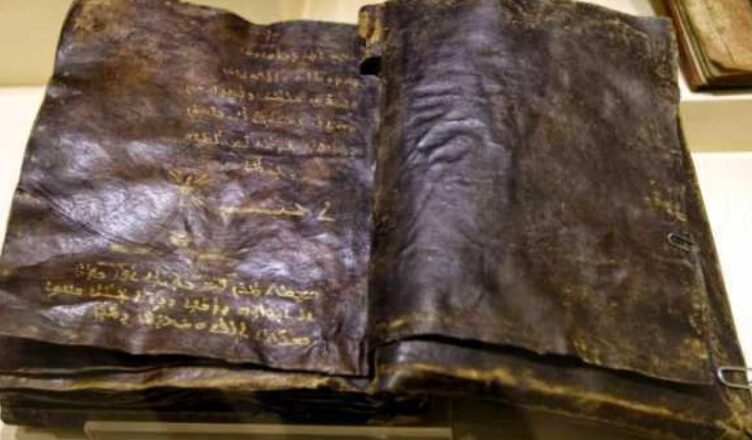 Few subjects are as sensitive as religion.  It’s believed to be between 1,500 to 2000 years old that highly controversial ancient Bible. The version of Jesus’s native tongue is written in Syriac. It would have serious consequences for Christianity and all of its followers, if the ancient book is real.

Most of us know the Bible, whether or not we read it. It is considered to be one of the oldest and perhaps most important books ever published or collected.

The Bible is basically a compilation of text that religions such as the Christian faith are based on. Over the years though the bible has met with much scrutiny.

There have been many different interpretations of this book. Some actually feel that the book is based on some truths and some fabricated stuff, basically, fables to place the fear of God into people.

However, anyone may actually feel about the Bible and the effect it may have on their own lives there is no denying that this book has stood the test of time. But how much time, and has the stories that are compiled in the Bible been properly interpreted over the years.

In short, have we ever actually seen an ancient Bible compiled of these texts that can prove just what was written? Well, that would depend on again how you may actually interpret the situation.

Turns out there is a very ancient Bible in existence that could date back 1500 years which resides in a museum in Turkey.

Within this book are some historical texts that seem to have been lost along the way, this includes a gospel from Barnabas, who had been known to be the man who was spared when Jesus was crucified.

But according to those who have read this text Jesus rose to Heaven before suffering on the cross and Judas the disciple who betrayed him had been crucified instead. This is just one of the many passages that dispute the one that has become well-known to the public.

So, is this Bible the actual texts were written, and if so what does this do to the broad belief many have? Well, the Vatican has made a request of the Turkish Government to see the ancient Bible study it for themselves.

As for the rest of the public well it can be seen in the museum where it sits in Turkey. To obtain any copy of the pages to study them someone has to pay almost a couple million dollars.

The question though looms with such an old text disputing what has become fact, and the basis for much religion will this text be widely received or kept closed up with only a few reading it? Well, perhaps the way to look at it is as any other bible it should be met with scrutiny, a bible is a book none of us were there thousands of years ago to know what text is true and which aren’t.