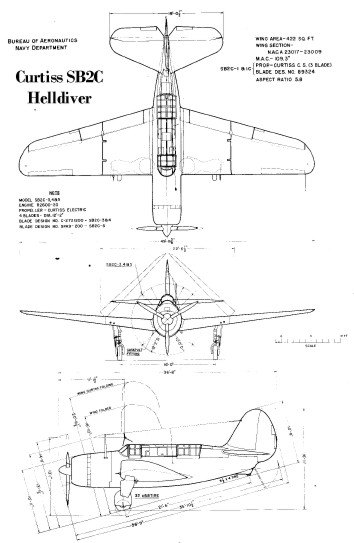 The U.S. researchers Army Corps of Engineers believe they found fragments of a bomber plane from the Second World War that crashed off Chappaquiddick in the frigid waters during a doomed practice dive in the winter of 1946.

The discovery comes after the Corps unearthed a rusted, five-foot propeller and a Browning .30 caliber machine gun while conducting extensive munitions and undetonated ordnance extraction from Little Neck at Cape Pogue.

The area was used as a practice bombing site during World War II. The mysterious sea floor discovery prompted a 2-year goose chase to identify the fragments. Using articles from the Vineyard Gazette archives, researchers ultimately concluded that the fragments likely came from a Curtiss SB2C Helldiver that plunged into the pond in February of 1946, killing both its pilot and radioman. Positive identification will not be known until the plane is brought up.

Now over the course of the next month, expert munitions divers plan to extract the plane, bringing to the surface a piece of Vineyard history that has rested unnoticed — and untouched — on the Cape Pogue sea floor for the past 73 years.“It’s astounding,” said Chris Kennedy, the Vineyard stewardship manager for the Trustees of Reservations, which owns most of Cape Pogue and is working with the Army Corps on the excavation.

“It is like, you turn over one rock, and you get more information. And then you turn over another one, and you get this. It is fascinating.”Approximately 3 years ago, the Army Corps cleared some 60 acres of land and began surveys to determine the location of old ordnance in and around Cape Pogue.

Although it was common knowledge that the Navy used Little Neck — a barren, sandy finger of Chappaquiddick’s eastern seashore — as a practice target site during and after the war, most Islanders had no idea that ordnance buried deep in the sand and sea floor three quarters of a century later was potentially dangerous. “People called them Chappy doorstops,” Mr. Kennedy said.

“I was tipped off to them about 10 years ago when I came across two kids playing out here, and they had two of these small practice bombs and they were beating them on rocks to knock the rust off. So I started asking questions, like are these safe? And the answer was, hell no.”In the last three years, the Army Corps has extracted more than 20,000 practice bombs dropped on Little Neckand the surrounding waters between 1944 and 1947, with the munitions ranging in size from three to 100 pounds.

There are 24 bombs left to remove, and also something much larger and more mysterious.“As part of their underwater recovery work [the Army Corps] came across several artifacts that didn’t ring true,” Mr. Kennedy said. “The first thing was an airplane propeller, and shortly thereafter, a .30-caliber machine gun, and not many fishermen carry those anymore.”

With the knowledge that there was potentially a plane lying beneath the surface — and the possibility of human remains inside of it — the Corps halted the munitions work and sent the plane fragments to an expert at the Quonset Naval Air Museum. The expert identified the fragments as part of the Curtiss Helldiver, a World War II-era carrier-based bomber notorious for its difficult handling and crash-prone early flight models.

In the meantime, researchers started scanning the records. From 1944 to 1947, there were initially no Naval records of a plane going down in Cape Pogue. Mr. Kennedy consulted the journalist and historian of Edgartown, Tom Dunlop, and decided to dig further into the newspaper archives of the Gazette.

“Two Navy fliers lost their lives off Cape Pogue soon after 10 o’clock on Tuesday morning when their dive bomber, in which they were making practice dives at a target, failed to come out of a dive and plunged into the sea,” the story said. “ . . . The tragedy was witnessed by other fliers taking part in the same training exercises. This is the first fatality around the Vineyard since the end of the war.”

Newspaper accounts reported that high winds, bitter cold and rough seas hampered recovery efforts, forcing rescuers to mark the location where the plane went down with a buoy. The buoy too was lost. In a follow-up story on March 1, 1946, the Gazette reported that two Vineyarders, Bob Morgan and Steve Gentle, had seen the wreck while flying over the bay in Mr. Gentle’s plane. “[T]he ill-fated plane . . . was brought out of the water with its grim burden, both flyers still strapped to their seats,” the story said in part.

During World War II, Martha’s Vineyard served as an ideal staging ground for testing bombers and rockets, because its remote seashore mimicked Islands in Japan and the north Pacific. The test flights led to more than 20 plane crashes between 1944 and 1947, and the deaths of at least 40 men stationed at the Martha’s Vineyard Naval Auxiliary Air Station.

Vineyarders, privy to the crashes but not wanting to jeopardize the lives of pilots who trained at Little Neck, gave everything for the war effort, including a tacit silence about the testing that happened in their own backyards. The quietude, combined with a warehouse fire in the 1950s, could be part of the reason for the lack of Naval records and other detailed information about the 1946 crash.

“The Island did a wonderful job of keeping confidentiality,” Mr. Kennedy said. “People knew, that if there was a crash, we don’t say anything. Loose lips sink ships.”Publicly available records show that Ensign Richards and Radioman Garrett have gravestones in Illinois and California respectively, although it is unknown whether their remains are interred at the sites.

Even with the tentative identification of the plane, questions surrounding the passengers — and the plane itself — remain submerged. Several melted aluminum pieces of the aircraft extracted during preliminary discovery indicate that there was a fire during the crash.“We don’t know what’s in the plane. We don’t know whether the machine guns were outfitted with active rounds. There’ll be a lot more we know at the end of this project than we know now,” Mr. Kennedy said.

The Army Corps plans to use a 30-foot barge outfitted with a crane to extract the plane and its component parts. The barge is owned by Erik Gilley, maintenance manager for the Chappaquiddick ferry. Military-trained divers from VRHabilis, a company the Army Corps has subcontracted to remove the plane, will have high-tech cameras affixed to their helmets so that munitions experts on the barge can instruct them on extraction procedure, from the cockpit to the engine. It’s an arduous, painstaking and careful process, but a necessary one.

The Curtiss Helldiver was capable of carrying over 2,000 pounds of munitions. Those could be in the plane as well. Mr. Kennedy knows there are 7 decades of history waiting on the Cape Pogue sea floor. He also knows one wrong move could blow it all to smithereens. “And that is why we have to take it out,” Mr. Kennedy said. “While we still can.”