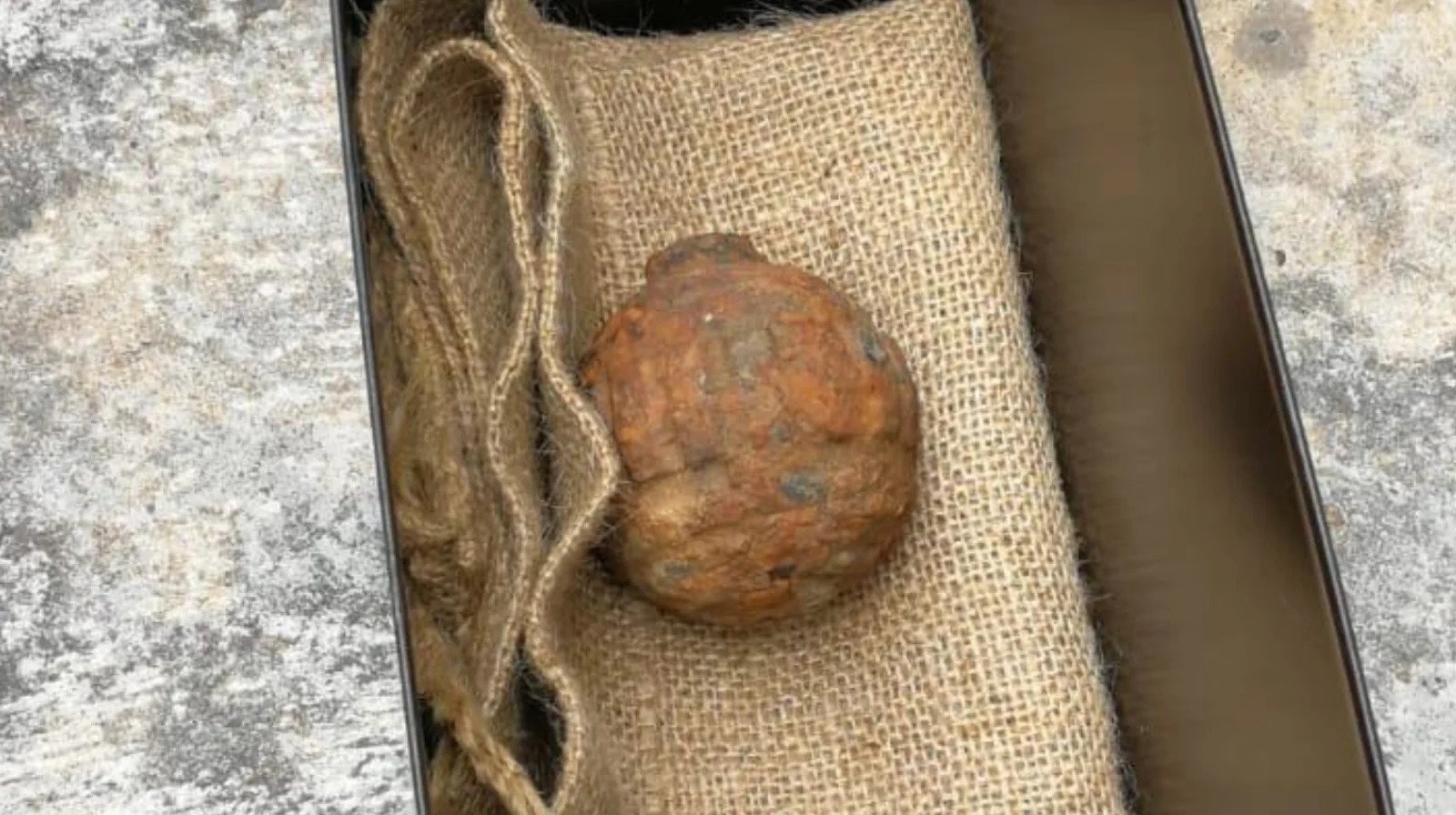 A hand grenade that authorities say is from World War I turned up unexpectedly at a potato chip factory at an industrial estate in Hong Kong in South China.

The grenade is thought to have originated in France before being shipped to a Calbee snack factory in Hong Kong, the Post said. It was reportedly coated with mud when it was obtained by law enforcement, leading them to believe it may have been buried in a potato field and mistakenly included in the shipment.

The century-old device had a rusty, mud-covered exterior, with its innards still very much capable of causing a dangerous blast.

Built for Germany’s combat efforts in the Great War, the grenade was reportedly harvested alongside potatoes in France and shipped to Hong Kong’s Calbee Four Seas Company with the rest of the vegetables.

The Hong Kong Police Force quickly deemed the device in an unstable condition and resorted to a “high-pressure water firing technique” to safely explode the century-old grenade in a sewer grate in an empty alley.

“Since the grenade had not blown up at the time it was thrown, there was an immediate danger that needed to be handled right away,” said Superintendent Wong Ho-hon.

The 2.2-pound explosive war device, while nearly five-times as heavy as a potato, was certainly close enough in size to a spud as to be accidentally included in the harvest.

Cities in countries across the continent unearth undetonated bombs and explosive devices from the Great War to this day.

“Many hand grenades are left behind during bombardments when an entire trench is buried,” explained Kwong Chi-Man, a military historian and assistant professor of history at Hong Kong Baptist University.

Thousands had to be evacuated that night as the device was discovered at a construction site in Wan Chai, a busy residential area.

“It doesn’t matter how old these things are, they can still be a threat,” said Franco David Macri, a senior research fellow in the history department at Hong Kong University.

As for this particular chip factory and its surprising interruption of production on Saturday, the police were able to safely detonate the discovered device and prevent any injury or harm.

How the Calbee Four Seas Company managed to miss such a glaringly dangerous faux-potato in its midst is unclear, though the odds of routinely finding explosives amidst potato shipments are admittedly highly unlikely.

“I don’t know what mechanical means the plant uses to scoop up the potatoes, but I imagine they don’t routinely run magnet detectors through potatoes,” said Macri.

Fortunately, the century-old hand grenade was safely put to rest, and fulfilled its purpose without any human casualties.