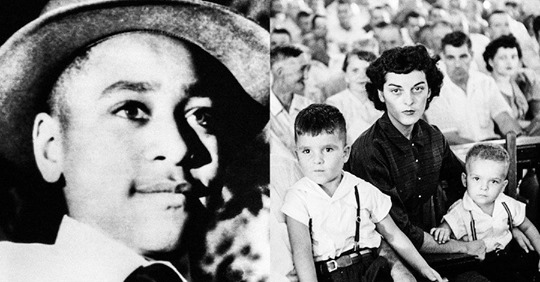 The woman who claimed that Emmett Till wolf-whistled at her, thus initiating the events that led to his brutal lynching, now admits that she made it up, Vanity Fair reports.

The woman in question, Carolyn Bryant Donham, revealed to Timothy Tyson — an author and Duke University scholar she’d asked to help her write her memoirs — that she was lying when she accused the 14-year-old, African-American Till of harassing her in Money, Mississippi in August 1955.

“That part’s not true,” Donham told Tyson. Nevertheless, Carolyn Bryant Donham’s story led to Till’s murder after she informed her husband, who in turn enlisted an accomplice to helping him beat and shoot Till to death.

Donham told Tyson that she “felt tender sorrow” toward Till’s mother, who suffered the pain of an open casket funeral for the sake of publicizing what her son’s attackers had done to the boy.

According to Tyson, Donham expressed regret about the role she played in the teenager’s death.

“Nothing that boy did could ever justify what happened to him,” Carolyn Bryant Donham said.

“That case went a long way toward ruining her life,” Tyson said, adding that the woman’s racist outlook had evolved in the decades since Till’s death.

“She was glad things had changed [and she] thought the old system of white supremacy was wrong, though she had more or less taken it as normal at the time.”

This reveal marks the first time that Carolyn Bryant Donham has spoken publicly on the matter since testifying at her former husband’s trial.

After a racially biased jury acquitted him and his accomplice, they immediately confessed to Look magazine that they had in fact killed the boy.

Carolyn Bryant Donham first told Tyson the truth in 2007 when the author convinced Donham to sit down for an interview for a book he was writing called The Blood of Emmett Till.