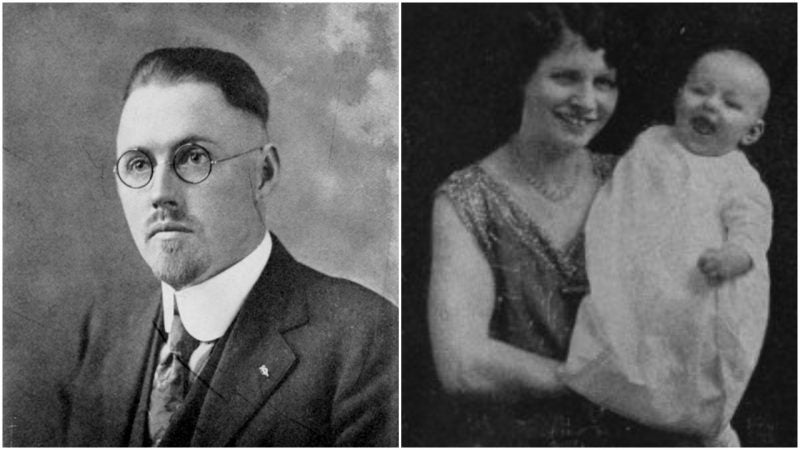 Just as we thought that man has tried everything to make a buck, this comes up. A Depression-era charlatan, claiming to be a genuine physician, convinced thousands of people that goat glands make humans more sexually energetic and fertile and that transplants were the answer.

Who knows what made them believe that having goat testicles was a good idea? It would have had to be something highly persuasive. First things first, let us explain a couple of things about the grand “Goat Gland Doctor” of the 20th century and how he got the crazy idea he later put into practice.

John Richard Brinkley struggled to make a living. He was working double shifts as a railroad telegraph operator to provide for his family until 1913, when his first wife, Sally, left him and took their three daughters along with her.

That did it for 28-year-old Brinkley. He was determined as never before to chase the thing he always dreamed of doing: Practice medicine, just as his father Richard did back in Beta, North Carolina before he passed away when John was just a kid.

Brinkley had everything he needed to start off. An education, not a proper one, but sufficient enough to allow him to “play” at being a doctor and cure patients with the power of eclectic (alternative) medicine in different states, including Milford in Kansas, where he moved in 1916 with his second wife, Minnie.

His undergraduate license from the Eclectic Medical University in Kansas City allowed them to set up a small herbal drugstore in the quiet town. The few locals that called this small settlement home needed a country doctor and they found one in Doctor Brinkley, who provided them with various herbal “medicines” that cured all kind of diseases.

For what it is worth, his cures were cheap and some of them seemed to work. Why else would his first ever goat-to-human transplant patient, Bill Stitsworth, who had struggled to impregnate his wife for 16 years, entrust his family jewels to some unproven physician?

According to Clement Wood’s biography of Brinkley, The Life of a Man, the idea to carry out the procedure was not even his to begin with. One day in 1917 Bill Stitsworth walked into Brinkley’s store and spoke of his impotence. Two goats across the street were busy doing what he was unable to do and both men saw them.

The doctor, aiming at cheering up his customer, jokingly remarked: “You wouldn’t have any trouble if you had a pair of those buck glands in you.” To his surprise, 46-year-old Stitsworth responded with one unusual suggestion: “Well, why don’t you put ’em in? Why don’t you go ahead and put a pair of goat glands in me? Transplant ’em, graft ’em on, the way I’d graft a Pound Sweet on an apple stray.”

One thing led to another, and what started off as a harmless joke ended up as $150 transplant procedure. And that did lead to one pregnant lady who, according to the story, gave birth to a healthy baby boy nine months later. Bill Stitsworth and his wife were more than happy to share with others how their new baby Billy came into this world. The town went crazy.

In no more than a few years, word of mouth had spread and everyone around the town who had a buck to spare and felt the need to get an “upgrade” rushed to do the same. And Brinkley by the mid-1920s was performing up to 50 procedures a week in a new 16-room clinic he had raised from the ground up.

It reached a point where his new and revolutionary “rejuvenation” technique led Kansas to run low on goats and Brinkley had to import more from Arkansas. Big, hardy, bulky ones, displayed right in front of his “goat glands transplant” clinic so libido-lacking transplant recipients could roam among the frisky bucks and pick a lusty donor of choice. He was thriving in an empire built out of thin air. Helped of course by two things–the first being the power of suggestion and the second, marketing.

As for the actual procedure, “He would make an incision in the man’s scrotum and he would insert the goat testicle just under the layers of his skin,” explains director Penny Lane in an interview in the National Geographic. Based on Clement Wood’s biography about Brinkley, she in 2016 filmed and released a documentary, Nuts!, about this fake doctor turned into a god. “He claimed he was doing a lot more things, that he was hooking up blood vessels,” she adds when all he ever did was “just kind of stuck it in there under the skin, and if you were the patient, you could feel there was something in there. And if the surgery worked at all, that was the secret to it: that you knew you’d had it, and you were told that it worked,” concludes the director of Nuts!

Thanks to the wonders of a placebo effect, he was now a man who could do the impossible. And he made sure that everyone knew what he was doing. His cunning came into play in 1923 when he gave the town of Milford the fourth biggest radio station in the United States. KFKB, which stood for Kansas First, Kansas Best. Brinkley was generating at least $1 million per year, and the word was babies where being born after each and every one of his goat-gland transplant surgeries.

There was no need for word of mouth advertising anymore. His radio with a nationwide broadcast was all he needed. His own words slipped in between entertaining musical programs, and talk shows on sexual topics found their way to every household that had their radio tuned to KFKB. And if that was not enough to convince them, then his happy former patients were there to praise this “goat-glanding” and its effectiveness. Judges, governors, state officials, many wealthy respectable men who professed to be his patients served as faithful advocates of his miracle procedure. Clearly, in an era before animal-safety protection, that was not a good thing for the goats.

Not seeming to care that they had goat testicles rotting inside their scrotum, his patients for a while saw a savior in him. And how could they know? There was no internet to fact-check and he was a trusted doctor within the small towns. They had no clue that his license was at least questionable and came from a medical university considered to be nothing but a plain old diploma mill. Furthermore, it was yet to be established what proper modern medical practice really meant. For instance, cocaine-spiked Coca-Cola was sold as a pick-me-up medicine at the time. Brinkley offered the same, but instead of one refreshing glass of a soda pop, he gave men two goat testicles to pick them up and a lot more side effects that came as a surprise later on.

Stories, especially unusual ones, admittedly have a way of getting spiced up more than a bit by those who’ve retold them over the years. However, except for a few bits and pieces, Brinkley’s story is as real as it can get, unfortunately. His inhumane treatment was put to an end in 1941, when after 20 years of malpractice, Brinkley, who was not a surgeon by any means, was finally exposed as a fraud and a charlatan by the American Medical Association. He died penniless a year later, after numerous penalties and civil lawsuits stripped him of everything he owned.

Tragically, a lot of people suffered and hundreds reportedly died from gangrene and infections, while the man who even had the audacity to run as governor of Kansas three times made millions out of the misery of the less informed, or in this case, the misinformed and the manipulated.