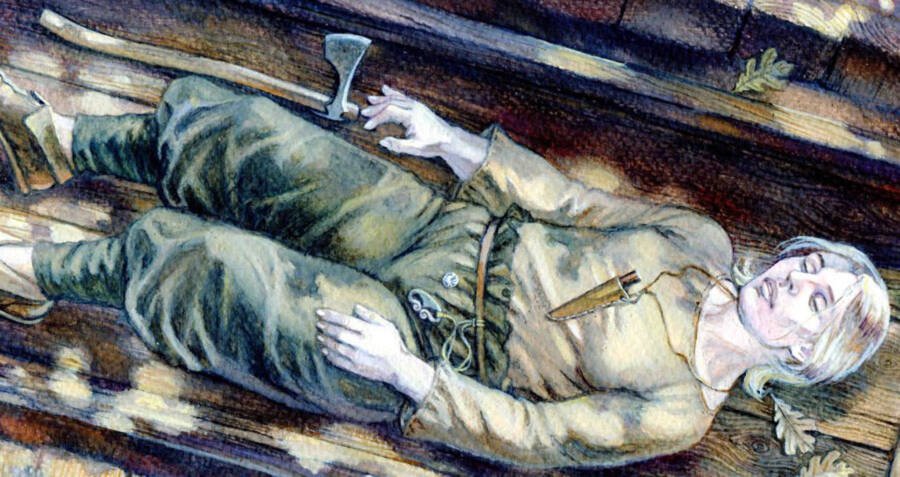 Warrior Woman Found Buried Alongside Her Axe In 1,000-Year-Old Viking Graveyard Was No Viking

Archaeologists excavating a Viking graveyard in Denmark have discovered the remains of a female buried with a large axe. But a closer examination of both the weapon and her burial revealed something unexpected: She was no Viking.

The ancient cemetery is situated on the Danish island of Langeland located between the Great Belt and the Bay of Kiel in the South Denmark Region.

The discovery of a 10th-century Arabian coin revealed the site as being about 1,000 years old and the woman’s grave was ‘the only one’ containing a weapon.

Rather, the woman was Slavic, and likely came from a region in Eastern Europe that is now Poland, representatives of Poland’s Ministry of Science and Higher Education said in a statement.

A coin from the cemetery, on the Danish island of Langeland, revealed that the burial site is about 1,000 years old, according to the statement. The woman’s grave was the only one that held a weapon.

Throughout history and across the globe, women have wielded weapons. In recent years, archaeologists have found evidence that some Viking women were buried with weapons.

But in many of those cases, there was no human remains in the graves, and the gender of the former occupants was inferred from the presence of jewelry and other objects that typically belonged to women.

However, the Slavic woman’s skeleton was still lying in the grave. The skeleton showed no obvious injuries that would have indicated how she died, Gardeła said.

The axe resembled similar tools from the southern Baltic — a region that includes modern countries bordering the Baltic Sea, such as Poland, Germany and Lithuania — and the chambered construction of her grave is reminiscent of cemetery structures from that part of the world during the Middle Ages.

During this period in Denmark, Slavs and Scandinavians lived close together, which would explain why a Slavic woman was laid to rest in a Danish graveyard, Gardeła said in the statement.

To date, approximately 30 graves of women containing weapons have been discovered in Norway, Denmark, and Sweden. Of those, 10 graves — including that of the Slavic warrior — were identified by Gardeła.

His findings will be published in 2020 as part of a project investigating Viking and Slavic women warriors, titled “Amazons of the North,” according to the statement.