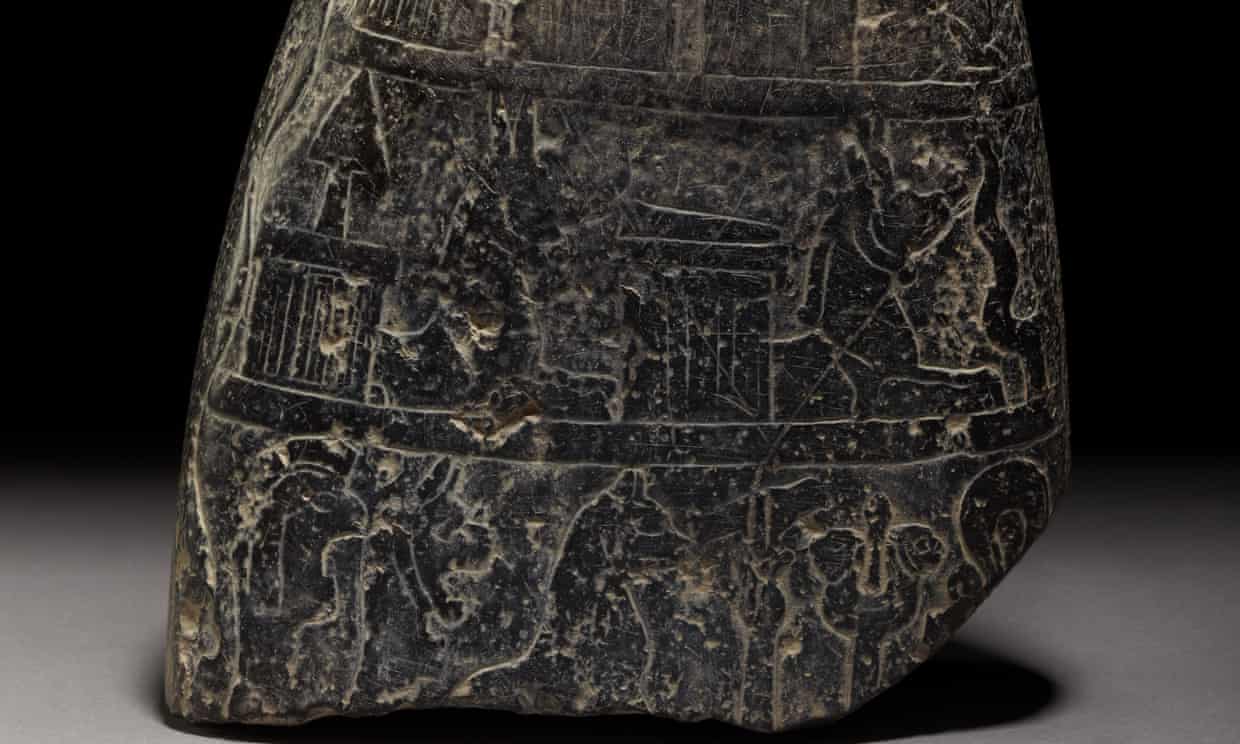 After being seized at Heathrow airport, an attempt to smuggle a Babylonian treasure into Britain has been foiled. The inscribed ancient cuneiform stone, about 30 cm high, had been looted from  Iraq.

Dating from the 2nd millennium BC, it is worthy of the world’s greatest museums and valued at 100’s of 1000’s of pounds.

A statement that the cargo contained a “carved stone for home decoration” made in Turkey and valued at “300” in an unspecified currency raised the suspicions of a Border Force officer.

After Googling the object, the officer contacted the British Museum, having discovered that its collection boasted one of the few surviving examples of a Babylonian kudurru, an official document drawn up on the instructions of the Babylonian king to record the gift of lands or other benefits bestowed on particular individuals.

Even though it’s broken, it should be on display in a museum.“Declaring it as ‘carved stone for home decoration’ was being economical with the truth, as they say. A decorative ornament for a rather hefty mantelpiece.

The kudurru’s inscriptions refer to a military campaign, perhaps that very one. Simpson said: “It is a historical document, a primary document for a little-known episode of Mesopotamian history, showing the relationship – not always friendly – between neighbors.”The cuneiform stone contains 2 columns of text written in the Babylonian language.

They are difficult to interpret as the object is broken and its central portion is worn away. It must originally have been placed in a temple, as its concluding lines contain curse formulae to safeguard the monument. Simpson said: “Importantly, this kudurru has been neither previously recorded nor published and must, therefore, come from illicit digging at a site in southern Iraq.

The text mentions god Enlil and goddess Gula and refers to the town of Nippur, in southern Iraq, where Enlil was the chief god, several times.

This makes it quite likely that this kudurru originated in or near Nippur.”He noted that between 1994 and 2004 many archeological sites in southern Iraq were badly looted, during which time he suspects this kudurru was removed.

The whereabouts of its lower half are unknown. “Hopefully, it is still in the ground some where in Iraq and may one day be discovered by archaeologists.”The object has been declared crown property after the British importer failed to demonstrate legal title. Investigations are continuing.

On 19 March the British Museum will formally hand it over to the Iraqi embassy in London, to be transferred to the Iraq Museum in Baghdad, which is now fully restored and open to visitors. Asked whether looting was still occurring in Iraq, Simpson said: “The situation in Iraq is actually good now.

They have a system of archaeological police who are armed, who patrol and who is responsible for the protection of all sites that are currently being excavated. They also patrol the unexcavated ones.”