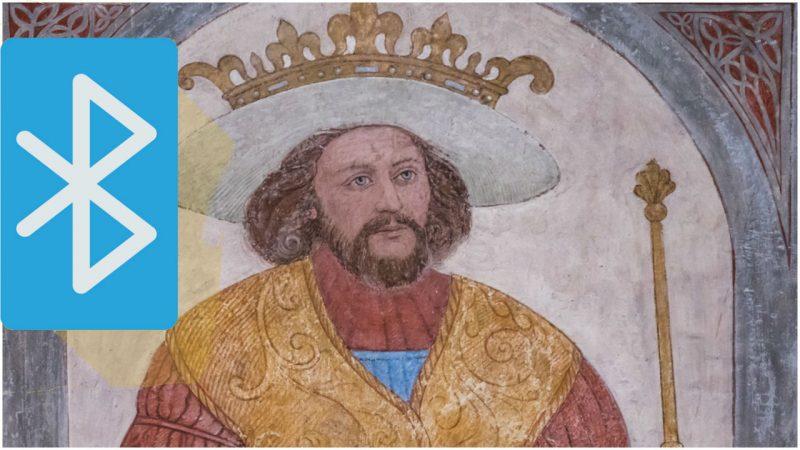 Turns out Bluetooth is named after an old Viking king who died over 1,000 years ago:

In countless movies and TV shows, novels, and comics, Vikings have commonly been stereotyped as barbaric and vicious raiders whose brutality and unmerciful nature were well known across the Old Continent.

However, with the excavation of more archeological evidence about the North’s legendary raiders, it seems they have not been as uncivilized as others have depicted over the centuries.

Although the violent raids of the Vikings are what most people think of first, their culture was actually much more complex, and in fact, it left a profound impact on other cultures and regions throughout Europe and particularly in the United Kingdom.

The demystification of the Vikings, known as one of the best traders of the era, includes some interesting facts about their cultural and technological impact as they frequently settled in peace and lived in relative harmony with others.

Among the many things, we owe to the Vikings are the innumerable Norse words embedded in modern English and, of course, the city of Dublin was founded.

However, their cultural impact continues to thrive in modern times, and as it turns out, Bluetooth technology was named after Harald Blåtand (Harald Bluetooth), a Viking king.

Wireless data exchange has become an integral part of our daily lives over the years and it is thanks to the Bluetooth technology developed by Ericsson researchers in 1994 that we are able to do this.

The researchers who created the now valuable technology actually believed that the name would be temporary and used it as a code name while working on the project, according to the Ericsson website.

Following the completion of the project and the selection of a permanent name, several were proposed, including RadioWire and PAN (Personal Area Networking), but they ended up sticking to Bluetooth.

The king whose name they used was as exceptional at connecting people as the technology is in connecting devices.

The exact year of the birth of King Harald Bluetooth is a matter of discussion, but most historians agree it was about 910.

What is known for sure is that Harald Bluetooth was the younger son of Gorm the Old and Queen Thyra and was the man responsible for the unification of the factions of Denmark with those in south Sweden and in Norway.

His nickname, Bluetooth, first appeared in 1140’s Roskilde Chronicle and several amusing explanations are available. It’s because the king had a rooting tooth that seemed to be blue, according to one story.

The website of Ericsson says another possibility: Denmark’s King Harald I enjoyed eating blueberries so much that he had blue teeth.

A Third, but not less interesting theory, states that he often wore blue clothing, signifying his royal status.

Giving a name to the now famous technology was not an easy task and once the Swedish telecommunications company Ericsson decided that Bluetooth was the acceptable name, it needed a logo.

The origin logo is just as cool as the story of the name and if you thought that it simply represented the letter “B” written with some strange font, you are wrong.

In fact, the well-known logo consists of Nordic runes of Harald’s initials: “H” and “B.” The year of the death of King Harald “Bluetooth” Blåtand is also a matter of discussion. It is believed that the famous Viking king died around 986, allegedly led by his son Sweyn, after being wounded in an uprising against him.

Apart from his historical significance, today the name of Bluetooth has become a household name thanks to the technology named after the king.