Famine is often viewed as one of the most noticeably bad natural disasters on Earth. Its effects are far widespread, and the damage caused by a famine can keep going for quite a long time, if not years. Often times caused by other natural disasters, it can destroy whole  villages, and cause mass migration. Death by starvation and malnutrition is slow and painful, and often hits the most youngest  and the elderly the hardest. Unfortunately, at times  it is brought upon by political inadequacy, and cruelty towards others can exacerbate the circumstance. The following are 10 terrible  Famines experienced throughout Human history. 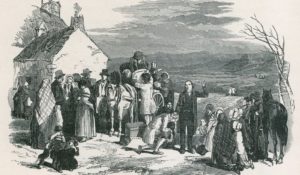 One of the most acclaimed famines ever, the Great Famine was caused by an devastating potato disease. 33% of the Irish population depended on the potato for sustenance, and the beginning of the disease in 1845 triggered mass starvations that kept going until 1853.

The large Catholic population was suppressed by British rule, and left unable to own or lease  land, or hold a profession. At the point when the blight struck, British ships prevented different countries from delivering food aid. Ireland experienced a mass exodus, with upwards of 2 million individuals escaping the country, many to the United States.

At its conclusion in 1853, 1.5 million Irish were dead, and an additional  2 million had emigrated. Altogether, the population of Ireland shrunk by a resounding 25%. 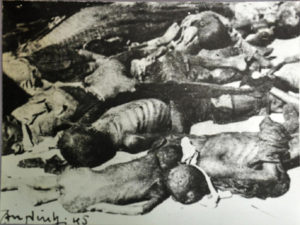 As a protectorate under France, Vietnam was under colonial rule for quite a bit of World War II. As Japanese expansion started in Indochina, Vietnam was taken for the Japanese, and a collaborationist French government sided  with the Japanese. Agricultural focus shifted from sustenance to war-materials, specifically rubber.

The Japanese exploited what little  crop farms remained, and the invading powers commandeered large portion of these crops. This, teamed with an unbearable drought followed by biblical flooding, caused mass starvation crosswise over quite a bit of Northern Vietnam. The resulting starvation killed 2 million Vietnamese. 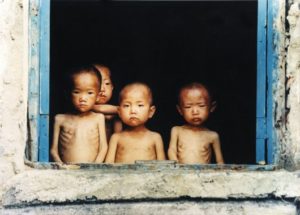 As the most recent famine on this list, North Korea suffered an tremendous starvation 1994 to 1998, brought  about  by a combination of misguided  leadership and large scale flooding. Torrential rains in 1995 flooded the farming regions, and destroyed 1.5 million tons of grain reserves.

Politically, Kim Jung Il executed a “Military First” policy, which placed the needs of the military above the needs of the common citizens, food rations included. The isolated nation experienced a stagnating economy, and was not able and unwilling to import food.

As such, the childhood mortality rate rose to 93 out of 1000 children, and the death rate of pregnant women rose to 41 out of 1000 mothers. Over a 4-year span, an expected 2.5-3 million people died because of malnutrition and starvation. 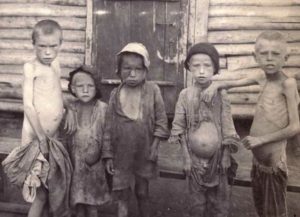 The early 20th century was a tumultuous time for Russians, as they lost millions in World War I, encountered a violent revolution in 1917, and experienced numerous Civil Wars.

All through the wars, the Bolshevik soldiers  often forced peasants to sacrifice their food, with little in return.As such, many peasants stopped growing  crops, as they couldn’t eat what they sowed.

This resulted in massive shortage of food and seed. Many workers had taken to eating seeds, as they knew already they couldn’t eat any crops they grew. By 1921, 5 million Russians had perished. 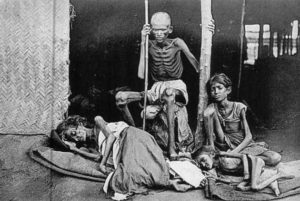 The Bengal Famine of 1943 was set about by a whirlwind of catastrophic  events. With World War II raging  and Japanese colonialism developing, Bengal lost their largest trading partner in Burma. A larger part of the food the Bengalis consumed was imported from Burma, however the Japanese suspended the exchange. In 1942, Bengal was hit by a cyclone and three separate tidal waves.

The ensuing floods destroyed 3200 square miles of viable farmland. An unpredictable fungus, destroying 90% of all rice trims in the region, at that point struck crops. In the mean time, refugees fleeing the Japanese from Burma entered the region by the millions, increasing the need  for food supplies. By December of 1943, 7 million Bengalis and Burmese refugees were dead because of starvation. 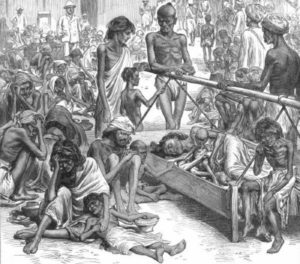 Yet another famine in Bengal, this horrific event killed a third of the population. Largely managed by the English-owned East India Company, reports of severe drought and crop shortages were ignored, and the company continued to expanding taxes on the region.

Farmers were not able to grow crops, and any food that could be bought was too costly for the starving Bengalis. The company also forced farmers to grow indigo and opium, as they were considerably more profitable than inexpensive rice.

Without large rice stocks, people were left with no food reserves, and the resulting starvation killed 10 million Bengalis. 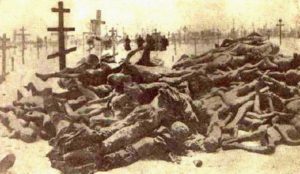 Incredibly, the severity of this famine was not fully known in the West until the collapse of the USSR in the 1990s. The main cause was the policy of collectivization administered by Josef Stalin. Under collectivization, large swaths of land would be converted into collective farms, all kept up by workers.

Stalin went about  implementing this by destroying the peasants existing farms, crops, and live-stock, and forcibly taking their land. Reports of workers hiding crops for individual consumption led to wide-scale search parties, and any hidden crops found were destroyed.

In fact, a large number of these crops were simply seeds that would be planted shortly. The destruction of these seeds and the forced collectivization of land caused mass starvation, killing an expected 10 million people. 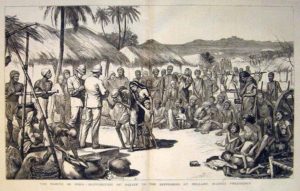 The Chalisa famine alludes to the year in the Vikram Samvat calendar used in Northern India. Happening in 1783, the region suffered from a unusually dry year, as a shift in the El Nino weather system brought  significantly less rain to the region.

Vast swaths of crops withered and passed on, and animals died because of lack of food and drinking water. The tumultuous year killed 11 million Indians. 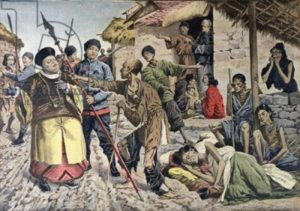 Ranking second in terms of death toll, the Chinese Famine of 1907 was a brief occasion that ended the lives of about 25 million individuals. East-Central China was reeling from a series of poor harvests when an massive storm flooded 40,000 square miles of lush agricultural territory, destroying 100% of the crops in the region.

Food riots took place daily, and were often quelled through the use of deadly force. It is estimated that, on a good day, just 5,000 were dying  because of starvation. Unfortunately  for the Chinese, this would not be their last great famine. 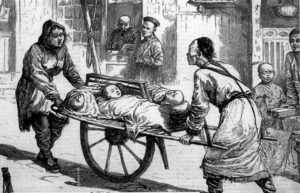 Much like the Soviet Famine of 1932-1933, the Great Chinese Famine was caused by Communist leaders endeavoring to constrain change upon an unwilling population. As part  of their “Great Leap Forward”, the owning of private land was prohibited in China in 1958.

Communal farming  was implemented trying to increase crop production. More relevant, however, was the importance the Communist Regime placed on iron and steel production.  A huge number of agricultural workers were forcibly removed from their fields and sent to factories to create metal.

In expansion to these fatal errors, Chinese authorities mandated new methods for planting. Seeds were to be planted 3-5 feet under the soil, extremely close together, to maximize development and productivity. Practically speaking, what little seeds that sprouted

were severely stunted in growth due to overcrowding. These failed policies, teamed with a flood in 1959 and a drought in 1960, affected the entirety of the Chinese nation. By the time the Great Leap Forward had ended in 1962, 43 million Chinese had died from the famine.