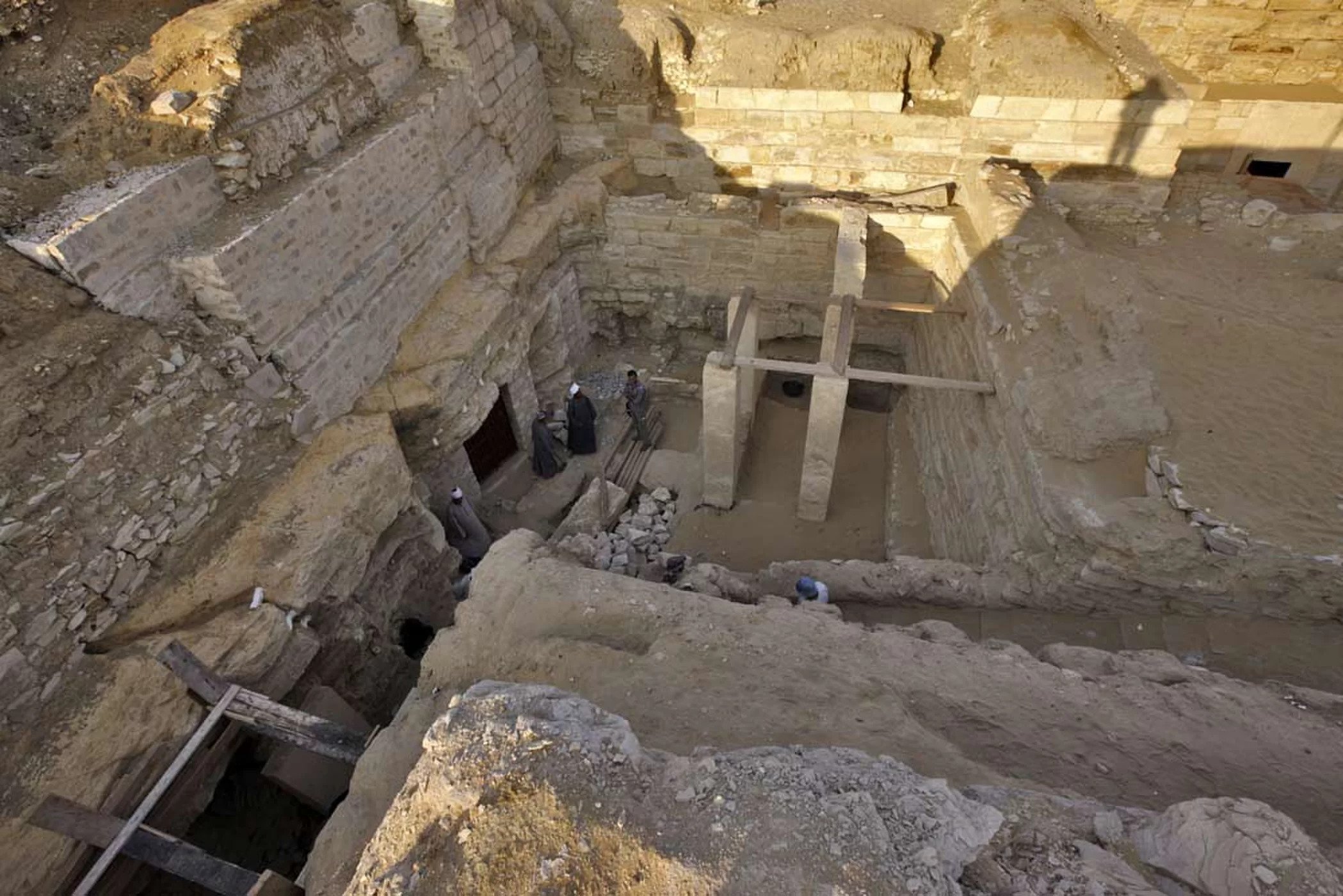 The tomb of an ancient Egyptian princess has been found  south of Cairo hidden in bedrock and surrounded by a court of tombs belonging to 4 high officials.

Dating to 2500 B.C., the structure was built in the second half of the 5th Dynasty, though archaeologists are puzzled as to why this princess was buried in Abusir South among tombs of non-royal officials.

Most members of the 5th Dynasty’s royal family were buried 1.2 miles (2 kilometers) to the north, in the central part of Abusir or farther south in Saqqara.

(Saqqara holds a vast burial ground for the ancient capital Memphis and is home to the famous Step Pyramid of Djoser.)

The researchers are not sure whether the remains of the princess are inside tomb, as the investigation is still in progress, Miroslav Bárta, director of the mission, told LiveScience.

Even so, they also discovered several fragments of a false-door bearing the titles and the name of Sheretnebty, the king’s daughter.

“By this unique discovery we open a completely new chapter in the history of Abusir and Saqqara necropolis,” said Bárta, who heads the Czech mission to Egypt from the Czech Institute of Egyptology of the Charles University in Prague.

Barta and colleagues think the ancient builders used a naturally existing step in the bedrock to create the princess court, which extends down 13 feets (4 meters) and is surrounded by mastaba tombs above it.

A mastaba is a type of ancient Egyptian tomb that forms a flat roofed rectangular structure.

One of the 4 tombs surrounding that of the princess belonged to Nefer, the overseer of the scribes of the crews, and contained four statues of the tombs owner (shown here with his wife Hathorneferet).

A limestone staircase descends from north to south along the burial court; four limestone pillars that once supported roofing blocks hold carved hieroglyphic inscriptions reading: “Kings daughter of his body, his beloved, revered in front of the Great God, Sheretnebty.”

The 4 surrounding tombs were cut into the rock of the south wall of the court and of a corridor that runs east from the southeast corner of the court.

The 2 tombs in the south wall, dating to the time of Djedkare Isesi, the 7th ruler of the Fifth Dynasty, belong to Shepespuptah, the chief of justice of the Great House, and Duaptah, an inspector of the palace attendants.

The other pair is situated along the corridor, with one belonging to an official named Ity.

“We are very fortunate to have this new window through which we can go back in time and to follow and document step by step life and death of several historically important individual’s of the great pyramid age era,” Bárta said in a statement.