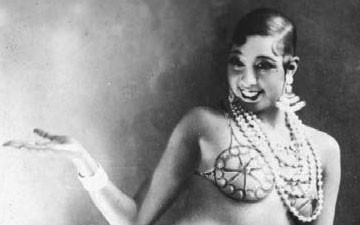 To prove that racial harmony was possible, the dancer adopted 12 children from around the globe—and charged admission to watch them coexist.

Josephine Baker lived in the early 19th century wearing a banana skirt and, some 100 years before Angelina Jolie, adopted 12 kids from distinct ethnic backgrounds and nations and called them “The Rainbow Tribe.”She never relied on a guy in her life, not for a day, and battled racism until her last breath. Baker was a famous artist, particularly in Europe, and an activist to whom Coretta Scott King provided informal leadership in the U.S. movement after Martin Luther King Jr. was assassinated.

Born in St. Louis, Missouri, in 1906. Shortly afterwards her father, a vaudeville drummer, left the family. Her mom remarried, had three other kids, but the family could not be supported by either her or her new husband.

So Josephine took that responsibility on herself and at the age of eight, started cleaning and babysitting in wealthy white homes where she was frequently reminded “be sure not to kiss the baby.”

At the age of thirteen, Josephine ran away from home and started working as a waitress at The Old Chauffeur’s Club. During this time, she married her first husband, a marriage that lasted only a few weeks.

Three other marriages followed: the second in 1921, to Willie Baker, an American whose last name Josephine decided to keep; the third in 1947, to Jean Lion, a Frenchman who provided her with French citizenship; and the last one in 1947, to Jo Bouillon, another Frenchman and an orchestra leader, with whom Josephine raised her twelve children.

Being away from her family allowed Josephine to do whatever she pleased–and that was dancing. She started performing on the streets and in clubs. In 1919, she was touring across the United States with the Dixie Steppers and the Jones Family Band, performing comedic skits.

Her career was always going uphill. During the Harlem Renaissance, Josephine Baker moved to New York and established her popularity in 1923 with her performance in the Broadway musical Shuffle Along as a member of the chorus. At this time she also became a famous name at the Plantation Club, where the audience adored her.

Even though she was talented and famous, Josephine was confronted with the ugly face of racism. Her skin color was often the reason for her rejection from many shows, and when she got tired of it, she just left America, later referring to her decision: “One day I realized I was living in a country where I was afraid to be black.

It was only a country for white people. Not black. So I left. I had been suffocating in the United States… A lot of us left, not because we wanted to leave, but because we couldn’t stand it anymore… I felt liberated in Paris.”

Baker loved Paris. She got far more humane treatment in France than in her native country.  And more! France gave her the opportunity to become one of the most popular artists in Europe. Baker first charmed the French audience performing Danse Sauvage with her dance partner, Joe Alex, at the Théâtre des Champs-Elysées.

She was wearing a feather skirt. But Baker cemented her status of celebrity while playing in the performance called La Folie du Jourat the Follies-Bergère Theater and wearing her most famous outfit–a skirt made of 16 strung bananas.

Her rivals were Mary Pickford and Gloria Swanson; Grace Kelly was later one of her closest friends. She was the most photographed woman at the time and the most highly paid entertainer in Europe. All that by 1927. And in the early 1930s, she got parts in two movies, Princesse Tam-Tam and Zou-Zou.

Besides her love for France, Baker still longed for home and briefly returned to the United States in 1936 to perform in the Ziegfield Follies, but it proved to be a wrong decision. So, once again, assured that she wouldn’t be missed in her home, Baker traveled back to Paris.

When World War II began, instead of sheltering safely with her family, Baker worked for the Red Cross and the French Resistance. Formally, she volunteered as an entertainer for the troops in the Middle East and Africa, while informally she was smuggling messages. At the end of the war, Baker was awarded the Medal of the Resistance with Rosette and named a Chevalier of the Legion of Honor by the French government for her efforts and dedication.

And then, she started adopting children. The first two were Japanese children, after which followed 10 others from different ethnic backgrounds. Baker often took her Rainbow Tribe on her tours or travels around Europe and the U.S.

She was also very fond of animals and is most remembered for her pet, Chiquita, a cheetah that slept in Baker’s bed, rode in her car and traveled around the globe with her. While at home there were other pets such as Toutoute the goat, and Albert the pig, whom Baker loved dearly.

Despite her fame and glory in Europe and her fancy Parisian life, Baker frequently returned to the United States in the 1950s, participating in demonstrations and boycotts against segregation, and supporting the Civil Rights Movement. During the March on Washington in 1963, Baker stood next to Martin Luther King Jr. and was among the numerous notable speakers. For her efforts, May 20th was named “Josephine Baker Day” by the NAACP.

And in 1973, her only wish finally came true. Josephine Baker performed at Carnegie Hall in New York, and she was greeted as an artist. Despite the thousands of fans who adored her in Europe, the satisfaction among the audience in her homeland made her weep on stage. It was then, at the age of 66, that Baker established her career in the United States.

When she was 68, Josephine Baker premiered at the Bobino Theater in Paris, after which she received one of the best reviews in her career. A few days later, Baker slipped into a coma and died from a cerebral hemorrhage. The funeral procession was followed by 20,000 people while the French government honored her as the first American woman buried in France with 21-gun salute.