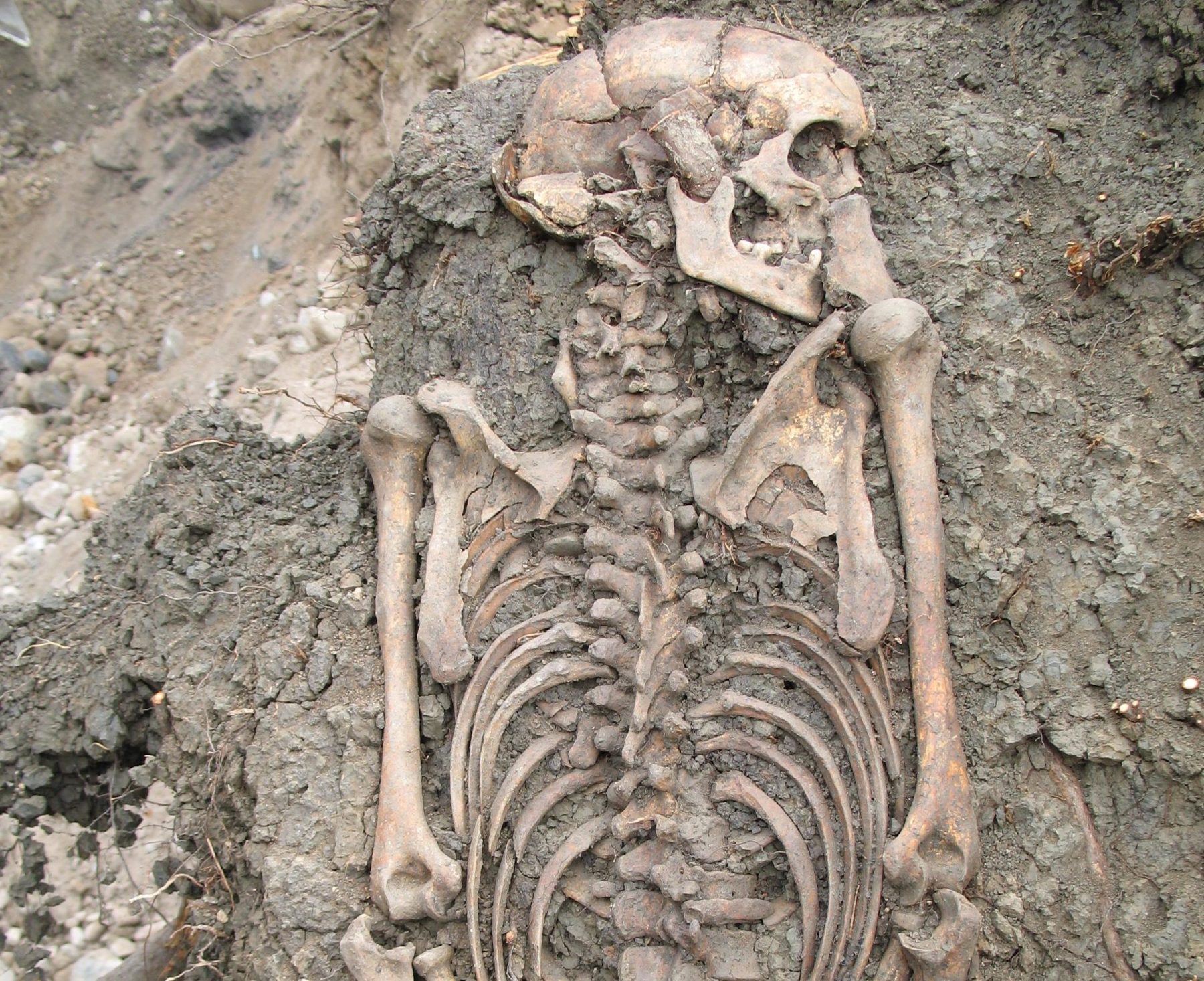 A new analysis of the remains of 38 individuals who lived and died in the Swedish town of Sigtuna between the 10th and 12th centuries reveals high genetic variation and a wide scale migration.

The study is the largest of its kind so far in Sweden and a combination of several methods, including DNA investigation and Strontium isotope analysis of teeth.

The skeleton was found in 2008 when archaeologists took down a tree in a cemetery from the 11th century.

Sigtuna is notable as one of the earliest actual cities in the area and was formally founded around 980 AD when Sweden’s first Christian king Olof Skötkonung resided here.

More unknown is the fact that the picturesque town, which today is home to around 10,000 individuals, was a distinctly cosmopolitan place back then.

Researchers at Stockholm University, in cooperation with Uppsala University, Middle Eastern Technical University in Turkey, the British Geological Survey in the UK, and Curt-Engelhorn-Zentrum Archäometrie in Germany, have investigated the remains of 38 individuals from six different burial sites in Sigtuna.

The investigation is based on a combination of methods from archeology and osteology, including DNA analysis and Strontium analysis of the teeth (isotope and level of Strontium in teeth varies depending on where the individual lived in their youth).

The outcomes are clear: around half the population of Viking age Sigtuna originated from outside the region.

“We are used to thinking of the Vikings as a traveling kind, and can easily picture the school books with maps and arrows pointing out from Scandinavia, as far as Turkey and America, but not so much in the other directions,” says Maja Krzewinska, analyst at the Archaeological Research Laboratory, Stockholm University and primary author behind the study.

Generally, half of the individuals examined grew up in or around the Sigtuna area.

The other half is equally divided into regional immigrants (from southern Scandinavia, Norway, and Denmark) and long-distance immigrants from further away: the British Isles, Ukraine, Lithuania, northern Germany and different parts of central Europe.

The immigration to Sigtuna was normal for both males and females. Approximately 70 percent of the female population was immigrants, compared to 44 percent of the men.

“The archaeological record from Sigtuna never ceases to fascinate as it shows such a wide variety of cultural expressions.

And here we see who grew up there and who moved to Sigtuna,” says Anna Kjellström, an osteologist at Stockholm University and another of the authors of the study.

“I particularly like that we find second-generation immigrants among the buried, that sort of migratory information has never been encountered before as far as I know,” added Anders Götherström, one of the leaders of the ATLASproject in which this study was conducted.

Comparative studies even further back in history would be very difficult, since before the arrival of Christianity the deceased were normally cremated, thus leaving insufficient material for DNA analysis.