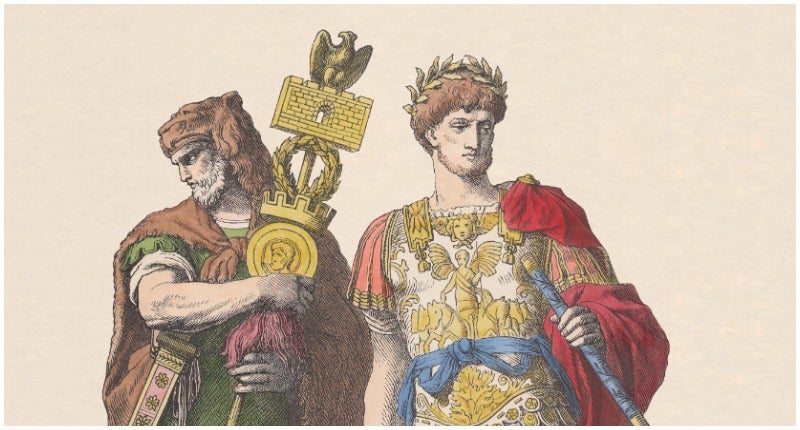 The Pax Romana: A Prosperous Time in Roman History

Pax Romana, the era of “Roman Peace,” began with the reign of Augustus Caesar in 27 BC and ended with Marcus Aurelius passing away in 180 BC.

Although there were conflicts during The Pax Romana it was generally a time of prosperity and expansion for Rome, mainly under the leadership of Augustus and Tiberius who successfully expanded borders and made peace.

Edward Gibbon, a prominent historian who wrote The History of the Decline and Fall of the Roman Empire (1776), coined the term Pax Romana and dealt with this part of Roman history in depth.

As reported by Thought Co., he wrote in his book that “the tranquil and prosperous state of the empire was warmly felt and honestly confessed by the provincials as well as Romans.”

They took pride that their social life, law, science, and agriculture was supreme. More so, even the people considered barbarians at the time were implementing the Roman way of life, driven by the common language and equal government.

Gibbon writes: “They celebrate the increasing splendor of the cities, the beautiful face of the country, cultivated and adorned like an immense garden; and the long festival of peace, which was enjoyed by so many nations, forgetful of their ancient animosities, and delivered from the apprehension of future danger.”

Some of the most important monuments such as Circus Maximus, the Colosseum, and Hadrian’s Wall were built during this time. The whole empire was connected via the easily navigable Roman roads, and Ostia was established as a port city.

Horace and Virgil were writing their poetry at the time and the period is, therefore, known as the Silver Age of Latin Literature.

Science was, likewise, thriving which reflected itself in the works of Galen, who created a base for Roman medicine, and Ptolemy who advanced Roman astronomy.

The question, however, remains: was it all so rosy for all the Romans and their neighbors? While it was a time of great achievements and peace within the empire itself, this did not mean that Rome was not ready for confrontation on its borders.

Instead of the army being stationed in the heart of the empire, the professional military was stationed at the outer borders of Rome.

As there were not enough professional soldiers it was hard to defend the borders, which made the job very stressful.

Quality of life, in general, depended on the place one had in society, which was pretty much stratified. The wealthy lived in lavishly decorated mansions and lazily enjoyed having slaves to do the menial work around the house and tend to their needs.

The average citizen, on the other hand, enjoyed reasonable living conditions but had to work very hard. However, the largest class of Romans lived in extreme poverty, despite the riches of the empire.

While the rich were enjoying pork, ostrich, peacock, and jellyfish, together with the staples grain, grapes, and olives, the poor were eating mostly bread and cabbage, only occasionally being able to afford pork and cheese.

The rich would indulge in days-long banquets, gorging on food and wine. Sometimes they would even purge to be able to continue eating and drinking, while it was not uncommon of the poor to starve.

When it comes to education it was also a privilege only of the wealthy few. Rich boys and girls would usually start with private lessons at home. The boys were then sent to different academies, while the girls continued their studies at home.

Lower classes, on the other hand, had only a basic knowledge of reading, writing, and arithmetic.

It was a strongly patriarchal society, so female infanticide was not a rare occurrence. However, nearing the end of the empire women gained greater rights. It was, for example, allowed them to own property.