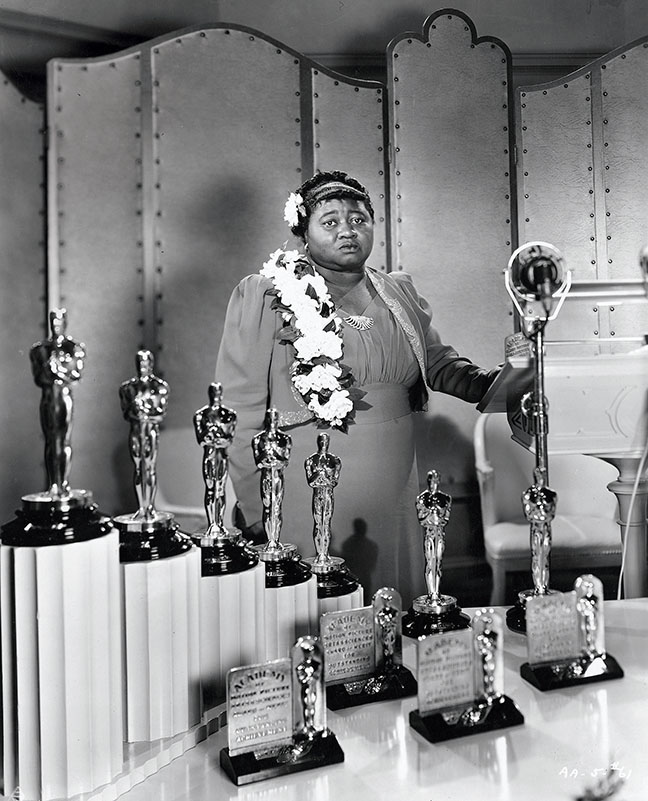 In a family of former slaves, Hattie McDaniel was the eldest of 13 kids. Racial issues have plagued the film industry for decades, as highlighted by the first black Academy Award winner, Hattie McDaniel.

McDaniel won the award in 1940 for her portrayal of a slave named Mammy in “Gone With the Wind.” She starred opposite Vivien Leigh, Clark Gable, and Olivia de Havilland in the award-winning film and was one of the most important members of the cast.

Born in Kansas, she moved with her family to Colorado in 1900, where she finished high school. During her early days, Hattie took on many different jobs.

When she worked on minstrel shows, side by side with one of her brothers, she honed her songwriting skills. During the 1920s, she toured the country with a Black ensemble and tried out a radio career.

When the stock market crashed in 1929, with great difficulty, she was able to find a job as a washroom attendant and waitress. In 1931, Hattie finally made her way to Los Angeles, where she actively sought for roles to play in movies.

Life in LA was not so easy at the beginning. Hattie needed to work as a maid or cook for most of the time just to make ends meet. At one point, she started performing on the radio as “Hi-Hat Hattie”, a bossy maid who “forgets her place”. Though she was getting popular with the show, the income was still very poor.

McDaniel’s first films were The Golden West and I’m No Angel in 1932 and 1933, both of which she played a maid. She was picked for a few more roles by the end of the decade, many of which were uncredited, but the most important role came in 1939 when McDaniel starred with de Havilland and Gable in Gone with the Wind.

For the role in the epic historical romance film, adapted from Margaret Mitchell’s 1936 novel, Hattie played the Mammy, a house slave who continually scolds her owners’ daughter, Scarlett O’Harra (played by Vivien Leigh), and ridicules Rhett Buttler (Clark Gable). Her captivating portrayal of the character was a subject of wide criticism and drew up mixed feelings among all audiences.

The premiere of Gone with the Wind was scheduled for December 15, 1939, at the Loew’s Grand Theater in Atlanta. Hattie was unable to attend the premiere because of the active Jim Crow Laws, and the state and local laws that enforced racial segregation in the southern parts of the US.

However, she did attend the film debut in Hollywood and was prominently featured in the program, thanks to Selznick, who was opposed to the fact that Hattie was not allowed to attend the Atlanta premiere in the first place.

The competition for the character of Mammy was almost as strong as that for the main characters such as Scarlett O’Harra. The American politician Eleanor Roosevelt even wrote to the film producer, David Selznick, to ask if her own maid could be given the role. Though McDaniel was not so confident about getting the part, she won it at the auditions.

McDaniel’s portrayal of Mammy earned her a special place in history. In 1940, she became the first African-American to have been actually nominated for an Academy Award. She would note: “I loved Mammy. I think I understood her because my own grandmother worked on a plantation”.

The ceremony for the awards was held on 29th February of that year, and McDaniel and her escort were required to sit at a separate table for two, set apart from both her colleagues from the film and motion picture industry.

Once the announcement was made that she won the Oscar for Best Supporting Actress, she went on to deliver one of the best speeches of the night.

She addressed the audience, “Academy of Motion Picture Arts and Sciences, fellow members of the motion picture industry and honored guests: this is one of the happiest moments of my life, and I want to thank each one of you who had a part in selecting me for one of their awards for your kindness.

It has made me feel very, very humble; and I shall always hold it as a beacon for anything that I may be able to do in the future. I sincerely hope I shall always be a credit to my race and to the motion picture industry. My heart is too full to tell you just how I feel, and may I say thank you and God bless you“.

The journalist Louella Parsons would write about the Oscar night, “Hattie McDaniel earned that gold Oscar by her fine performance of ‘Mammy’ in Gone with the Wind. If you had seen her face when she walked up to the platform and took the gold trophy, you would have had the choke in your voice that all of us had when Hattie, hair trimmed with gardenias, face alight and dressed up to the queen’s taste, accepted the honor in one of the finest speeches ever given on the Academy floor”.

Gone with the Wind won ten Academy Awards at the 1940 edition of the ceremony, a record that stood for years. The film was endorsed by the American Film Institute as the fourth-best American film of all time.

Hattie McDaniel’s victory will remain as one of the most memorable ones in the whole Academy Awards history.