The oldest recorded cremation in the Middle East been discovered, and it happened 9,000 years ago, after a young adult died when a flint projectile struck.

Excavations at the Beisamoun neolithic site in northern Israel uncovered the ancient cremation pit that dates back to between 7013 BC and 6700 BC. 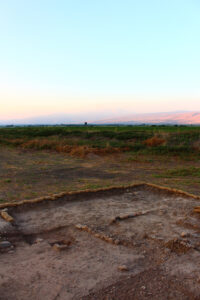 The remains of a corpse appear to have been intentionally incinerated as part of a funerary practice and are the oldest known cremation example in the region.

The remains comprise parts of one full skeleton of a young adult that was heated to a temperature of over 932 degrees Fahrenheit shortly after death.

What is left of the bones that belonged to the young person were feet, ribs, shoulder and part of a left arm – the rest had been burnt beyond recognition. 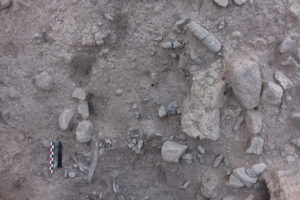 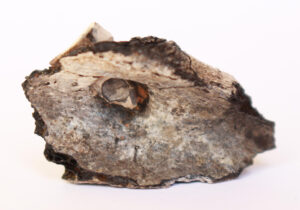 The remains sit inside a pit that appears to have been built with an open top and strong insulating walls, according to lead researcher Fanny Bocquentin.

Microscopic plant remains discovered inside the pyre-pit are likely leftover from the fuel for the fire, according to the findings published in the journal PLOS One.

The evidence led the research team to identify it as an intentional cremation of a fresh corpse, as opposed to the burning of dry remains or a tragic fire accident.

Dr Bocquentin said the cremation comes at an important period of transition in funerary practices in this region of the world.

‘Old traditions were on the way out, such as the removal of the cranium of the dead and their burial within the settlement, while practices like cremation were new.’

‘This change in funeral procedure might also signify a transition in rituals surrounding death and the significance of the deceased within society,’ she said.

‘Further examination of other possible cremation sites in the region will help elucidate this important cultural shift. ‘This is a redefinition of the place of the dead in the village and in society.’

The findings have been published in the journal PLOS ONE.