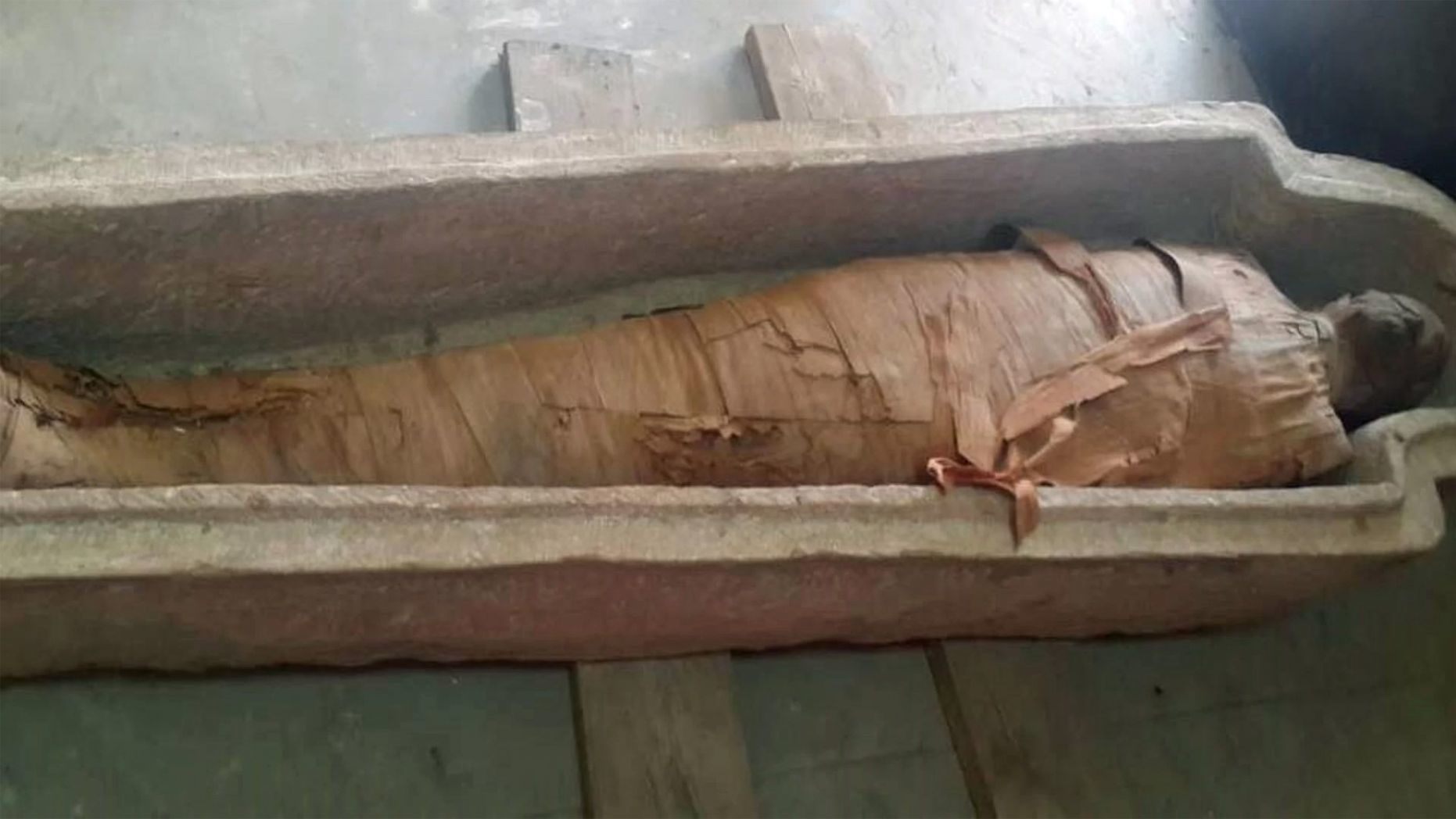 The Identity of This Remarkably Well-Preserved Egyptian Mummy remains unknown:

Archaeologists have found several ancient Egyptian mummies — including the remains of a remarkably well-preserved individual — in a tomb along west bank of the Nile River, the Egyptian Ministry of Antiquities said in a statement.

This well-preserved mummy, wrapped in linen bandages, was discovered inside a sandstone sarcophagus in a 2,500-year-old tomb at Aswan, in southern Egypt. The identity of the mummy is unclear.

Among the mummies discovered in this communal burial is one remarkably well preserved individual, wrapped in linen bandage, that archaeologist found in a sandstone sarcophagus.

There is no writing on the sarcophagus, and the identity of the well-preserved mummy is not yet certain, the ministry stated. Research is underway to learn more about it.

3 other tombs were found near the tomb with the communal burial. Remains of paintings, some of which have hieroglyphic texts on them, were discovered in these tombs, as were pieces of clay sarcophagi, the ministry said. The analysis is underway to decipher the texts.

All of the tombs contain the remains of amulets made of faience (glazed pottery). Images released by the ministry show that some of the amulets are in the shape of Egyptian gods, such as Anubis, the jackal-headed Egyptian god of the dead.

Archaeologists also found the head of a sandstone statue in one of the tombs, although it’s unclear who the statue depicts, the ministry said.

Archaeologists think the discoveries date to a time that modern day historian call the Late Period, which lasted from 712 B.C. to 332 B.C.

During this time, Egypt was often under the control of foreign power, such as Kush (an ancient kingdom located south of Egypt), Assyria and Persia. The period ended when Alexander the Great conquered Egypt in 332 B.C.

It’s unclear if any of the people buried in the tomb with the communal burial were member of any of these foreign groups. But Analysts hope to solve this mystery soon and are currently analyzing the mummies and artifacts.