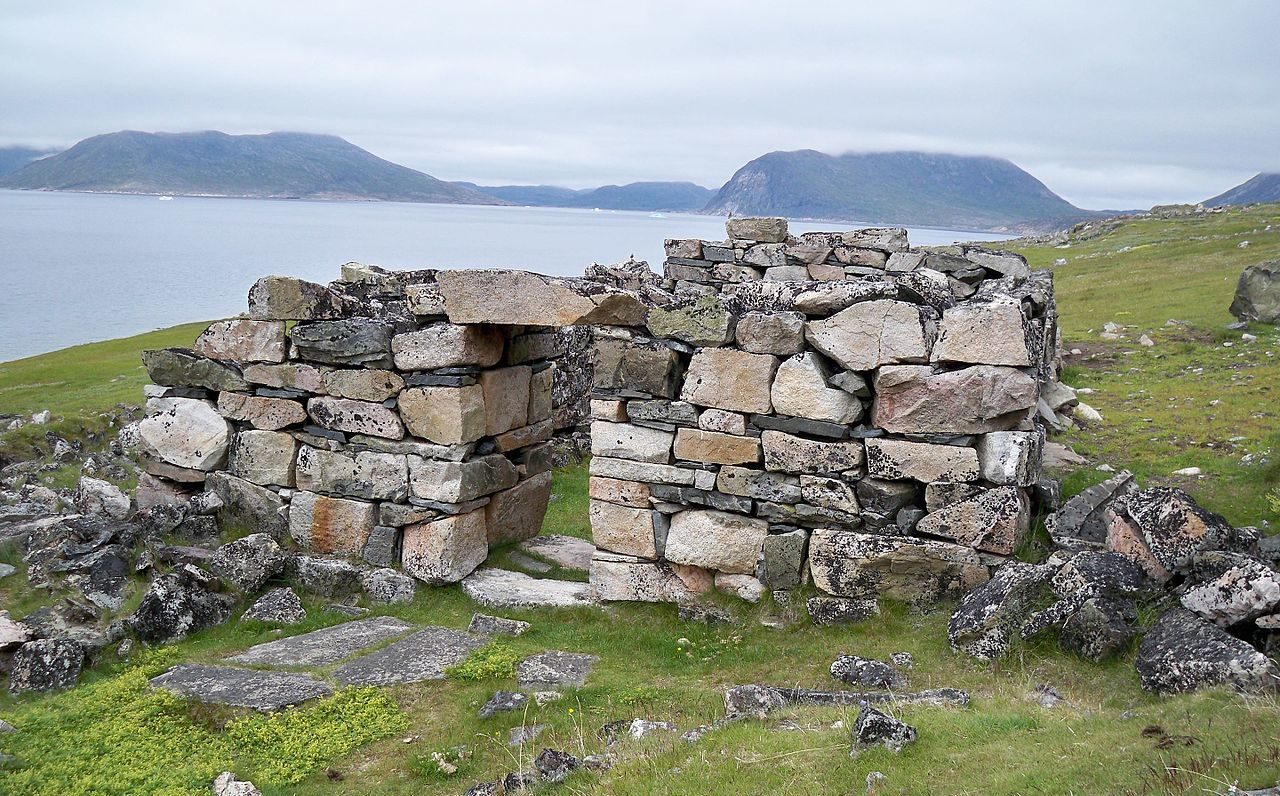 The study shows that Vikings enjoyed a warm Greenland:

After reconstructing the climate record of southern Greenland over the past 3,000 years, a team from the Northwestern University found it to be relatively warm when the Norse lived there between 985 and 1450 C.E. compared to the centuries before and after.

“People have speculated that the Norse settled in Greenland amid an unusually, fortuitously warm period, but there were not any detailed local temperature reconstructions that fully confirmed that. And some recent work suggested that the opposite was true,” said Northwestern’s Yarrow Axford, the study’s senior author. “So this has been a bit of a climate mystery.”

Now that climate mystery finally has been solved. The study was published this month in the journal Geology. Axford is an associate professor of Earth and planetary sciences in North western’s Weinberg College of Arts and Sciences. The study is a part of Northwestern Ph.D. candidate G. Everett Lasher’s dissertation research, based in Axford’s lab.

To reconstruct past climate, the scientist studied lake sediment cores collected near Norse settlements outside of Narsaq in southern Greenland. Because lake sediment forms by an incremental buildup of annual layers of mud, these cores contain archives of the past. By looking through the layers, a scientist can pinpoint climate clues from eons ago.

Lasher analyzed the chemistry of a mix of species of lake fly, called chironomids, trapped inside the layers of sediments. By looking at the oxygen isotopes within the exoskeletons preserved by the flies, the team created a picture of the past together.

This method allowed the team to reconstruct climate change over 100’s of years or less, making it the 1st study to quantify past temperature changes in the so-called Norse Eastern Settlement.

Because recent studies have concluded that while Vikings lived in southern Greenland, Axford and Lasher expected their data to indicate a much colder climate, some glaciers were advancing around Greenland and nearby Arctic Canada. Rather, they found a short warm period interrupting a consistent cooling climate trend driven by Earth’s orbit changes.

Near the end of the warm period, the climate was exceptionally erratic and unstable with record high and low temperatures that preceded Viking abandonment of Greenland. Overall, the climate was about 1.5-degrees Celsius warmer than the surrounding cooling centuries. This warmer period was similar to southern Greenland’s temperatures today, which hover around 10-degrees Celsius (50-degrees Fahrenheit) in summer.

In another surprise, Axford and Lasher discover that the North Atlantic Oscillation (NAO) — a natural fluctuation in atmospheric pressure that is often responsible for climate anomalies in the region — probably was not in a dominantly positive phase for multiple Medieval centuries as had been hypothesized. (When the NAO is in its positive phase, it brings cold air to much of Greenland.)

So what did cause the Vikings’ fortuitously warm climate? Lasher and Axford are not sure but speculate it might have been caused by warmer ocean currents in the region.

The new data will be useful to climate modelers and climate researchers as they seek to understand and predict what might be in store in the future for Greenland’s ice sheet as Earth warms quickly.

“Unlike warming over the past century, which is global, Medieval warmth was localized,” Axford said. “We wanted to investigate what was happening in southern Greenland at that time because it is a climatically complex part of the world where counterintuitive things can happen.”

The Norse settlements in Greenland collapsed as local climate apparently became exceptionally erratic, and then ultimately consistently cold. But Axford and Lasher will leave it to the archaeologists to determine whether or not climate played a role in their departure.

“We went in with a hypothesis that we would not see warmth in this time period, in which case we might have had to explain how the Norse were hearty, robust folk who settled in Greenland amid a cold snap,” Lasher said. “Instead, we found proofs for warmth.

Later, as their settlements died out, apparently there was climatic instability. Maybe they were not as resilient to climate change as Greenland’s indigenous people, but climate is just one of many things that might have played a role.”