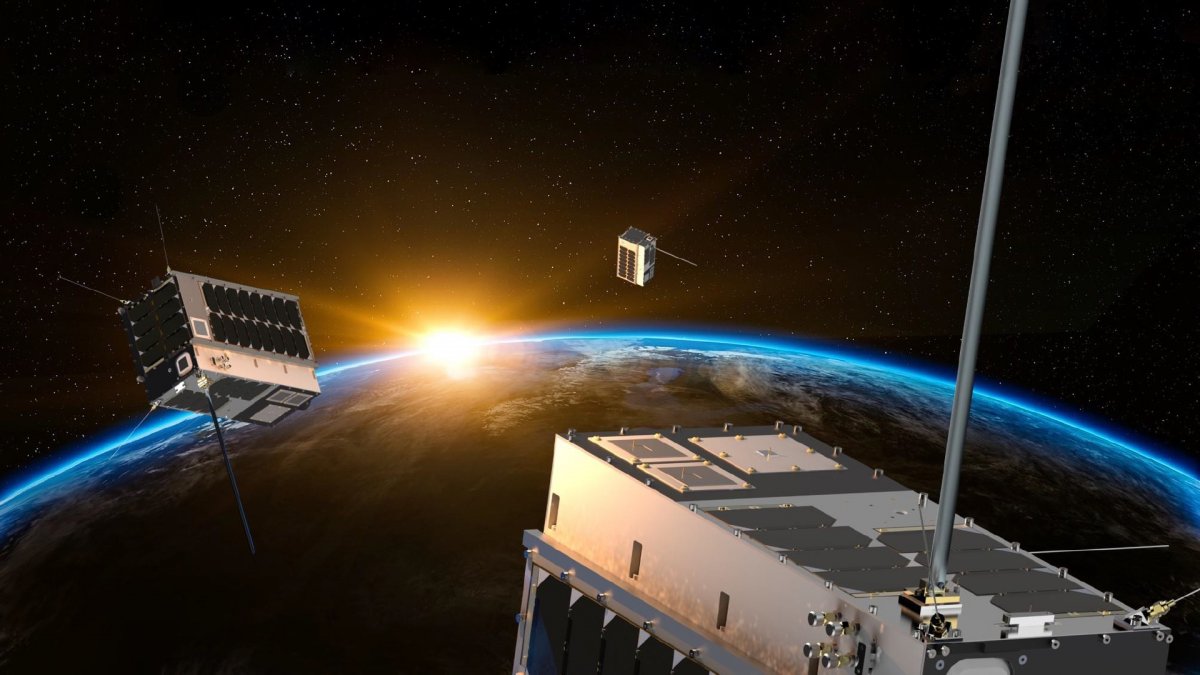 SpaceX hopes to fire off an unprecedented Falcon 9 rocket mission at 1:32 p.m. ET on 19 November Monday.

The goal of SpaceX’s upcoming mission, called SSO-A, is to put 71 satellites into orbit all at same time. An  organization called Spaceflight Industries organised the mission, and it claims this is the largest ever rideshare mission in US history, as spacecraft from 35 different companies and organisations will fly aboard the rocket.

However, 3 microwave-oven-sized spacecraft on the mission – a cluster called Pathfinder – are particularly worth noting.

The trio of spacecraft belong to a startup called HawkEye 360, and they are designed to “see”radio signals from space. The company’s software will take unique radio signals coming from ships & boats to “fingerprint” vessels, track them over time, and even forecast future movements.

If Pathfinder works, authorities all around the world could gain a major leg up in hunting “dark ships”: vessels that turn off GPS location transponders, often to hide their whereabouts and engage in illicit activity.

Such activity includes illegal angling, smuggling, drug trafficking, and robbery, and it amounts to roughly $US3 trillion every year, says John Serafini, the CEO of HawkEye 360.

“We care about the folks that are not doing the right thing. We care about the vessels that don’t want to be discovered,” Serafini told Business Insider. “We are focused on detecting those and stopping them.”

HawkEye 360 claims it’s unique not only for its radio-signal-detecting technology, but also artificial-intelligence-powered software the startup has developed to process information.

“You could not have started this company 10 years ago,” Serafini said. “The costs were too high, and the technology was not there.”

He added that HawkEye 360 exists today because of the increasing miniaturization of electronics, SpaceX’s lower cost rocket launches, and progressions in machine learning.

Pathfinder, like the other satellites SpaceX is launching, will sweep around Earth from pole to pole in what’s called a sun synchronous orbit – hence the “SSO” in the mission’s name. (The “A” means that it’s the first of multiple rideshare missions.) This orbit keeps sunlight drenching a spacecraft’s solar panels while allowing it to fly over every square inch of the Earth.

The antennas of Pathfinder can distinguish a wide range of radio signals above about 1 watt in power. (“Cell phones are well below a watt in power,” Serafini said. “We don’t have the capacity or the focus to do that.”)

This means the cluster can triangulate normally hard-to-pinpoint signals from satellite telephones, push-to-talk radios, and marine radar. Ships need these and other radio emitting tools to navigate the seas, the thinking goes.

This is especially true for “dark ships,” since those vessels turn off a mandatory device called an automatic recognizable system, or AIS.

The AIS broadcasts a ship’s GPS location to avoid crashes, but turning it off is a common trick vessels use if they are slipping into unapproved fishing zones or trafficking illegal drugs, wares, or people.

Serafini said that may soon cease to be an effective way to avoid getting noticed.

“If you are turning on and off the AIS, we are going to track your other emitters. If you try to turn them all off, you are effectively negating your operation. You need to utilize them to navigate and communicate,” Serafini said. “If you do that, we’ve won. You can’t be effective.”

The Pathfinder system relies on the fact that so many brands and models of radio transponders are used by ships. Minor variations in those gadgets , and the frequencies they use, lead to subtle differences in radio emissions that Hawk Eye 360 says it can detect and exploit.

More importantly, by tracking a blend of these radio emissions on a ship and pairing those with AIS signals (when the devices are turned on), the company can “fingerprint” every ocean vessel on Earth. That way, even if a ship is “spoofing” its AIS data, the organization says it will know; AIS data will report one location, but the vessel’s radio fingerprint will reveal its true location.

Hawk Eye 360 says it has already proved that its system works by equipping three Cessna jet planes with Pathfinder technology, flying them over the Chesapeake Bay, and identifying ships that were spoofing their AIS data.

In addition to finger printing such vessels, HawkEye 360’s machine-learning algorithms will also be able to determine typical activity patterns for a ship and flag any unusual deviation.

After some time, the company says, it could even forecast the future locations of individual vessels based on their past behaviour.

The future of tracking radio signals from above

The Pathfinder satellite cluster will give Hawk Eye 360 a worldwide perspective of certain radio transmissions on Earth once every four to six hours. But DeMay and Serafini say that’s just the beginning.

According to them, Hawk Eye 360 is backed by about $US30 million in financing (enough to operate for 18 months), has 31 employees, and has lined up more than $US100 million in future work.

In the future, they intend to launch five more three-satellite clusters, which will create a constellation that can map Earth’s radio signals once every 30 to 40 minutes.

“Trucks use radio emitters that we could detect and track,” Serafini said. “If a truck is known to have a history of illegal border crossing, we should need to track that particular object.”

The company expects the US military to be increasingly intrigued in the technology, especially considering that Hawk Eye 360 can deploy its sensors on planes and high-altitude balloons (in addition to satellites). That feature could allow for real time tracking of drones and weak signals on a battlefield.

Another planned utilization of Pathfinder is more down-to-earth: The technology can identify improper use of the radio-frequency spectrum, including interference between cell-phone towers.

Such interference can cause data loss between cell phones and towers, leading to slow and unreliable internet, among other problems.

Ground crews with trucks typically drive around towers to search for and identify such issues, but such teams and equipment can expensive to deploy, especially on a nationwide scale.

“It’s like that Verizon ‘Can you hear me now?’ guy, but in space,” DeMay said – and possibly a lot cheaper and more effective.