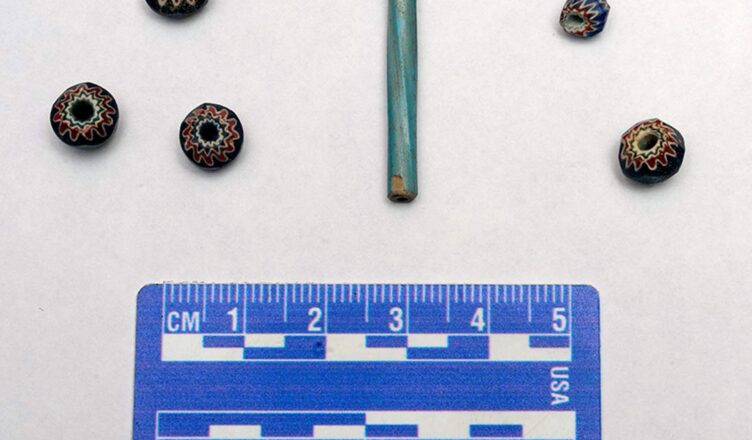 The first multi-year settlement of Europeans on U.SA, Pensacola, Florida was discovered by an archaeologist and historian working on his own.

The expedition of about 1,500 people led by Tristán de Luna and Arellano in the mid-sixteenth century included and lasted for two years Spanish colonialists, slaves, and Aztecs.

Luna was a conquistador—one of the Spanish and Portuguese “noblemen” and soldiers who, along with other Europeans, left a legacy of genocide, rape and cultural devastation across the Americas from the 15 th through the 18 th centuries.

A hurricane that destroyed most of Luna’s 11 ships, dissension among his crew and the failure to find an island off the coast of Georgia that the Spanish coveted resulted in a failure of his expedition.

There were earlier settlements in what became the United States, but none lasted for more than a year.

“The Luna settlement inhabited Pensacola from 1559 to 1561, which predates the Spanish settlement in St. Augustine, Florida, by six years, and the English settlement in Jamestown, Virginia, by 48 years,” says a press release from the University of West Florida (UWF), whose anthropology department is managing the dig.

The artifacts discovered are evidence of the Spanish settlement by Tristán de Luna y Arellano from 1559 to 1561, the earliest multi-year European colonial settlement ever archaeologically identified in the United States.

The man who found evidence of the colony, historian Tom Garner, had attended a UWF archaeology field school years before and did subsequent archaeological work for UWF and on his own. He founded the Pensacola Archaeological Society in 1985.

In October 2015, Garner saw some Spanish colonial and Native American artifacts in a yard in a residential neighborhood. The yard is within view of the place where two ships of the Luna expedition wrecked in Pensacola Bay. A team from the University of West Florida is also excavating one of those ships.

Garner was just looking on the surface and did not dig. He brought the artifacts to the UWF archaeology. Garner is again now employed with the staff of UWF working on the Luna dig.

“What we saw in front of us in the lab that day was an amazing assemblage of mid-16th century Spanish colonial period artifacts,” said John Worth, a UWF professor of historical archaeology who focuses on the Spanish colonial era.

Later, UWF archaeologists, digging under the earth’s surface, found numerous shards of 16 th century Spanish pots, including cookware, tableware, and olive jars. They also found small household and personal items, including a lead fishing weight, a copper aglet to hold shoelaces in place and fragments of wrought iron nails and spikes. They also discovered native pottery and beads that they possibly traded with the colonists. All these items are consistent with some found in the nearby shipwrecks.

“The artifacts were linked to the Spanish expedition led by Tristán de Luna y Arellano, who brought 1,500 soldiers, colonists, slaves and Aztec Indians in 11 ships from Veracruz, Mexico, to Pensacola to begin the Spanish colonization of the northern Gulf Coast in 1559,” says the news release. “One month after they arrived, the colony was struck by a hurricane, sinking many of their ships and devastating their food supplies. After two years, the remnants of the colony were rescued by Spanish ships and returned to Mexico.”

Luna was Castilian and the cousin of the viceroy of “New Spain,” Antonio de Mendoza and cousin of the wife of Hernán Cortés, Juana de Zúñiga. He sailed to the Americas in 1530 or 1531.

In 1545 he married a widow of two large landowners and had two children with her. He quelled an uprising by natives at Oaxaca in 1548, but information about whatever other crimes he committed, if any, is not readily available on the Internet.

Around 1557 the viceroy of Mexico, Luis de Velasco named Luna governor of Florida and appointed him to lead an expedition to take Santa Elena, what we now call Tybee Island in Georgia, to build a settlement on the Gulf of Mexico and eventually establish an overland route to and Spanish colony there on the Atlantic Ocean.

A hurricane destroyed all but three of Luna’s ships on August 19, 1559, says a biography at the Texas State Historical Society. “Luna had difficulty locating Santa Elena overland, and a ship sent there was wrecked in a storm.

These troubles, along with dissension among his followers, resulted in the failure of the expedition, and Luna was relieved of his duties. He was ordered to Spain on January 30, 1561, to give an account to the king. The expedition left him an invalid and destitute, and he returned to Mexico in 1567. He died in Mexico City on September 16, 1573.”