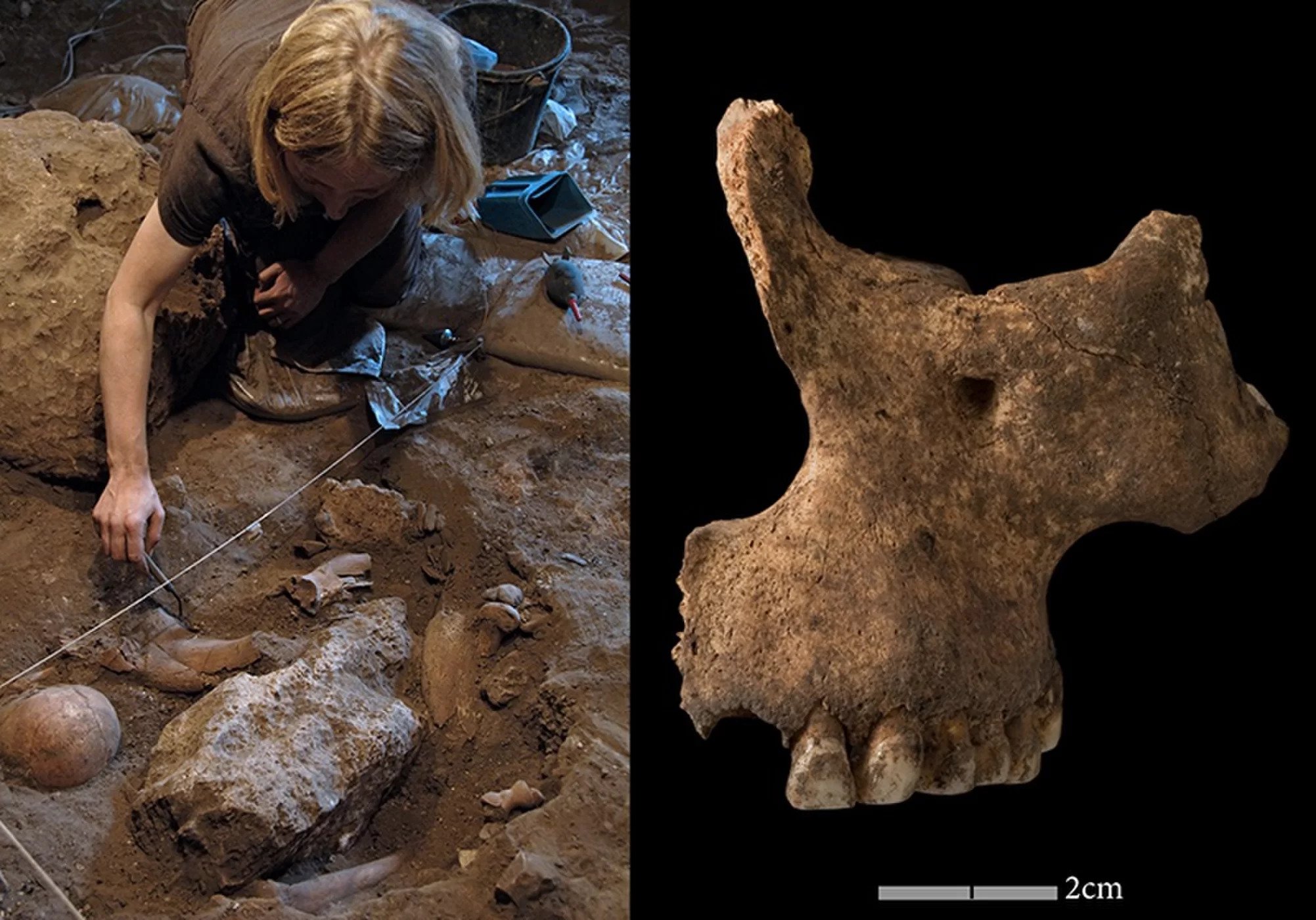 Scientists uncover mysteries of ancient culture after studying oldest DNA ever from Africa:

Burials from a cave in Morocco have yielded the oldest human DNA evidences yet from Africa, offering new insight into Stone Age migrations.

The DNA sample come from one of the most ancient cemeteries in the world, the Grotte des Pigeons, near the village of Taforalt in northeast Morocco.

Beginning around 15,000 years back, a culture of hunter-gatherer buried their dead with animal horns and other adornment inside this cave. Though burial were found as recently as 2006, archaeologist have been excavating the cave since the 1940s.

The name 20th-century researcher gave to this culture —the Iberomaurusians—reflects the theory that the peoples who lived in this corner of North Africa were closely connected to Europe, and perhaps migrated across the Mediterranean by boat or a land bridge from the Iberian Peninsula or Sicily.

Iberomaurusian sites have been discovered across the Maghreb, the area between the Atlas Mountains that span Morocco, Algeria and Tunisia, and the Mediterranean Sea.

Some archaeologist had argued that small blades from sites like the Grotte des Pigeonsresembled the stone tools of the Gravettian culture, which was widespread across southern Europe during the Upper Paleolithic (which lasted from about 50,000 to 10,000 years ago). Today, North African have a large amount of European DNA.

But the new DNA proofs tells a different story about the origins of the Iberomaurusians. During recent excavation led by the University of Oxford at the Grotte des Pigeons, archaeologist saved the inner-ear petrous bones, a good source for ancient DNA.

Researcher at the Max Planck Institute for the Science of Human History, in Jena, Germany, extracted ancient mitochondrial DNA, which is passed on only from mothers to their childrens, from 7 individuals, as well as nuclear DNA, which is inherited from both parents, from five of the skeletons.

“Due to challenging condition for DNA preservation, relatively few ancient genomes have been recovered from Africa, and none of them so far predate the introduction of agriculture in North Africa,” Marieke van de Loosdrecht, an archaeogeneticists at the Max Planck Institute for the Science of Human History, said in a statement.

Contrary to the theory that European from Sicily or the Iberian Peninsula were buried at Grotte des Pigeons, the analysis revealed no genetic link to southern Europe.

Instead, the results, which were reported March 15 in the journal Science, showed that about two-third of the Iberomaurusian DNA matched closely with that of ancient Natufians, a later culture that existed in the Middle East, which suggests the Grotte des Pigeons peoples and the Natufians shared common ancestors from North Africa or the Middle East.

About one-third of the Iberomaurusian DNA resembled the DNA of sub-Saharan African, which was perhaps inherited from more ancient ancestors or was contributed by contemporary Stone Age migrants, according to an accompanying news article in Science.

The findings offer new proofs of early contacts between North Africa and the Near East, and regions of south of the Sahara Desert, thought to be a major barrier to migration.

Ancient DNA studies have exploded in Europe over the past couples of decades, covering a record of human history stretching back 40,000 years.

Many of the labs where scientist study ancient DNA are located in Europe, and researcher have access to a wealth of well-preserved remains.

The study of ancient African genomes has been much sparser. The researcher of the new study wrote that African sites tend to have more challenging conditions for DNA preservation; warmer temperatures tend to accelerate DNA decay.

It was only in 2015 that researcher published the 1st African ancient genome, from 4,500-year-old human remains found in Ethiopia. Last year, a scientist reported findings on ancient DNA from as early as 8,100 years ago, from human remains from southern and East Africa.

The researcher wrote that further DNA studies on additional Iberomaurusian site will be”critical” to testing whether the evidence from the Grotte des Pigeons is representative of the Iberomaurusian gene pool.