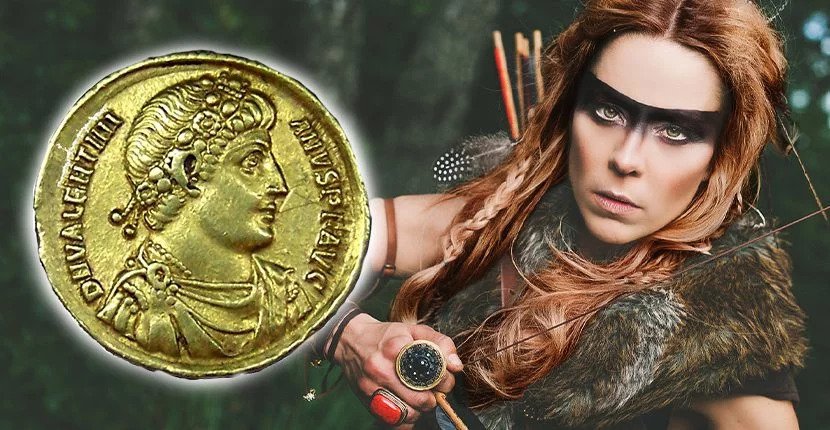 A hoard of Roman coins found in a field may have been hidden there during the Boudiccan revolt, an expert has said.

What makes this find especially fascinating is that they may have been hidden there during one of the most interesting periods in Britain’s early history, the revolt against Rome led by the Celtic Queen Boudicca.

The trove of 60 denarii, dating between 153 BC and AD 60-61, was found in a field near Cookley, in Suffolk. Dr. Anna Booth, who examined the find, told The Guardian there “might be a link with the Boudicca revolt” and the coins.

Most of the coins dated from the Republic era, pre-27 BC, but there were also denarii that were minted during the reigns of emperors Augustus, Tiberius, Caligula, and Nero.

Dr. Booth said,  “This hoard is interesting because the latest coin dated to the reign of Nero in AD 60-61. The final coin is often an indication of when a hoard is likely to have been deposited. There might be a link with the Boudiccan revolt which took place in AD61 in this region.”

Boudicca was the Queen of the Iceni tribe of modern-day East Anglia. The Iceni King, Prasutagus, an ally of Rome, in his will divided his estate between his daughters and Roman Emperor Nero. When Prasutagus died, however, his lands were taken by Rome and the Iceni lost their status as allies.

Boudicca objected to Rome’s action. As punishment,  many historians say she was flogged and her two daughters raped. Boudicca then led a serious revolt against Rome.

Her warriors defeated the Roman Ninth Legion, destroying Colchester, which was the capital of Roman Britain at the time, and murdering the inhabitants. Her armies left the cities of Camulodunum, Londinium, and Verulamium in ruins and over 80,000 Roman citizens of Britain dead.

Roman Governor Gaius Suetonius Paulinus eventually defeated her forces on the battlefield. Boudicca is said to have committed suicide by poisoning herself after her defeat.

While the site of the battle is unknown, it is referred to as The Battle of Watling Street and the precise location could be King’s Cross, London, or Church Stowe, Northamptonshire.

Following Boudicca’s defeat, Suetonius instituted harsher laws on the indigenous people of Britain until he was replaced by Publius Petronius Turpilianus who ruled through gentler measures.

These solid silver coins were found in August 2018. Two of the coins were silver-plated copies. Senior coroner Nigel Parsley declared it to be treasure at an inquest in Ipswich. The exact field that they were found in was not revealed and no specific value for the coins has been given.

Experts can’t say for sure whether the coins can be directly related to Boudicca “but her revolts did see a slight increase in hiding treasures due to it being such a turbulent time in Britain,” said The Sun.

Aside from Boudicca and her rebellion, the Iceni of northern East Anglia is particularly well known for their gold and silver work. This industry provides one of the main archaeological indications of their existence.

This is particularly true in terms of their coinage, which most likely started around 50 BC and continued until the Boudiccan Revolt. Like the Iceni themselves, it was tightly focused around Norfolk, north Suffolk, and the Cambridgeshire fens.

There was no coinage production after the Boudiccan Revolt, and there are no reliable finds which link Icenian coinage to Roman coinage thereafter.

It seems that while the Iceni were permitted by Rome to continue minting coinage after their conquest and up until the Boudiccan Revolt, afterward it was halted and circulation ceased. This may be tied to the Icenian, which is full incorporation into Roman authority.