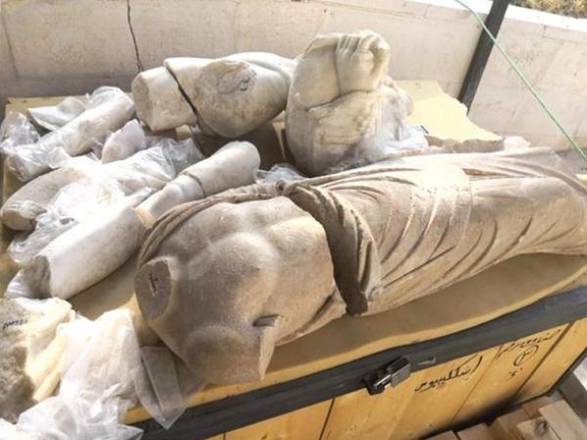 An international archaeological team lead by French experts has found  rare and “priceless” .

Roman statues in the north city of Jerash following three years mission that promises to unearth more troves, according to officials from Jordan archaeological department Team.

The discovery include a sculpture of the Greek goddess of love and beauty ‘Aphrodite,’ an unprecedented finding in the kingdom and one of the few worldwide.

“This is the 1st time in Jordan history we found a statue for Aphrodite (Venus).

We are very excited about the discovery as it will usher a new era in position of Jerash as an important hub for tourism in Jordan,” director of Jerash Department of Antiquities Ziyad Ghuneimat told ANSA.

In total, the findings include at least 14 large sculpture’s, some of which are fully intact, while others have been decapitated.

Archaeologist are currently combing through the site in order to learn more about the findings, some of which are seen for the first time.

“This is a result of three years of continues work with international and local experts working in al Hamamat site, a well known Roman location,” said Ghuneimat.

One of the most intriguing founds include a sculpture of Zeus, a popular figure in Jerash that will join other sculptures being displayed in Jerash temple of Zeus, added Ghuneimat.

The other finding’s, some of which are being renovated, will be displayed in an exhibition in Jerash for visitors of the ancient Roman city.

According to Thomas Weber Karyotakis, a professor in archaeology similar sculptures can only be found in Rome and Greece.

The archaeological mission is expected to continue digging until later this year, hoping to unearth at least 2 more sculptures that would complete a set of sculpture for the Nine Muses – the daughters of Zeus.

Archaeologists have discovered 7 of the sculptures in Jerash and hope to unearth the remaining two to complete the set.

Ghuneimat stressed that the findings represent a major development in the status of Jerash as an attraction for scalars and experts from around the world.

It would also give an added incentive for tourists to see some of the most rare statue that date back to the 2nd century BC.