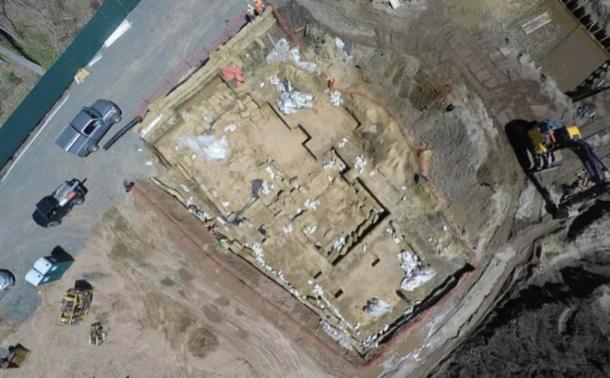 The American state of Connecticut has discovered a site that shows evidence of its oldest inhabitants.

Around 15,000 objects from the Paleoindian community have been uncovered and give unprecedented insight into the past. In particular, evidence has been found of a throwing spear, which was key to the survival and success of the first people in the area.

The area was discovered during a major transport department (DOT) construction project, while workers were building a bridge over the Farmington River, in Avon.

It was found only because a deep excavation was required on the bridge. DOT informed the authorities, as required by law and they carried out a preliminary investigation.

After testing some soil samples, Brian Jones, the Connecticut State Archaeologist, believed that the site was of great importance and was the driving force behind ensuring that it was thoroughly investigated. Archeologists have worked here over the last couple of years and DOT has provided additional support for the archaeology study.

The experts have determined that some of the artifacts found are up to 12,500 years old. Terri Wilson, president of the Avon Historical Society, told NBC CT that “this is the oldest known Paleoindian archaeology site in southern New England”. In total, the archaeologists have found 15,000 stone artifacts and the vast majority of them are stone tools, used mainly for the preparation of food.

They also found an open fire pit and several posts holes that were used in the construction of shelters. NBC CT quotes Wilson as stating that “This is a human contact site. Not a human remains site. So, there are no remains of humans. This is where they lived and worked”.

Archaeologists have found the most extensive remains of Paleoindian culture in Connecticut, to date at the site. Previously only a few items had been found in the state, which was of only limited research value.

Caroline Labidia is quoted by the Daily Mail as stating that “This site has the potential to make us understand the first peopling of Connecticut in a way we haven’t been able to”.

Some tiny fragments of flint and stone were discovered which had unique chips and cracks that correspond to those found in spear-throwers. These “coincide with a study from 2015 that concluded the North American hunters used spear-throwers to hurl their weapons over longer distances” reports the Daily Mail.

These spear-throwers or atlatls were probably brought to the Americas by the so-called Clovis people, who were among the continents’ first people.

Professor Karl Hutchings, an anthropologist stated that this discovery “helps to support theories that these early hunters were able to kill large prey like mammoths and another megafauna” reports the Daily Mail.

This was very important in hunting and ensured that the Paleoindians were able to thrive in the often-hostile environment. It seems likely that a traditional spear could not have killed large beasts and at the time the spear-throwers would have been much more lethal.

The Paleoindians’ ability to bring down large animals meant that they were not confined to one area. The athals or spear-throwers were highly portable and they did not require as many participants as hunts, that involved javelins.

This technology probably allowed the hunters to follow the large animals as they migrated, such as the mammoth. This was very important in the peopling of modern North America.

The discovery of the site is an excellent example of what can be achieved between the construction sector and archaeologists when they collaborate.

This archaeological area has been named after Brian Jones, who sadly passed away over the summer. Work on the site, which has been thoroughly processed, by archaeologists is expected to conclude in 2020.