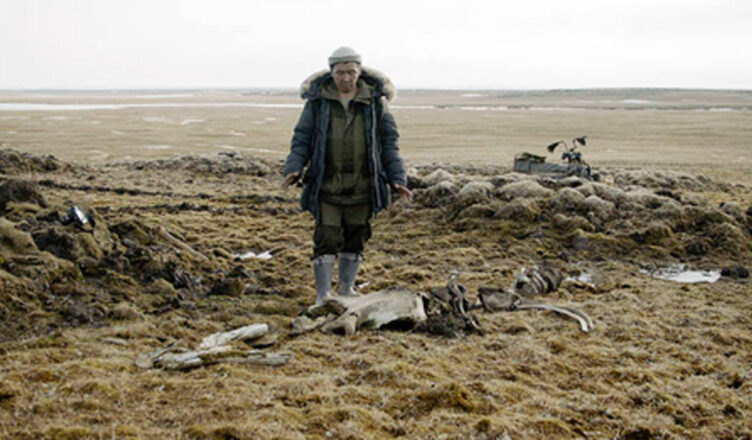 In the populations of the Americas, archeologists have created a key discovery, challenging previously dominant theories about how the first people came.

They have unearthed a series of finds that show that humans inhabited the Americas much earlier than thought, lending credence to the theory that people migrated to the continent not by a land bridge, but by sea.

The finds were made in a remote area of Western Idaho in a valley on the banks of the Columbia River. This area is known as Cooper’s Ferry and was once occupied by the Nez Perce tribe.

Archaeologist Loren Davis, a professor at Oregon State University, and his colleagues have been working on the site for many seasons and have found many of the tell-tale signs of human occupation of the area.

It is now believed that the Cooper’s Valley location is “one of the oldest archaeological sites in the Americas” reports the National Geographic.

Prof Davis has been working on the site, which is set in a spectacular landscape since 1997, ever since he was a doctoral student.

The National Geographic reports that he found  “a cache of stone points, known as western stemmed points” that were used as weapons and tools, that were dated to 13,500 years ago. Davis and his colleagues returned to Cooper’s Ferry in recent years.

Slowly but surely the team made an amazing series of finds. They found “workspaces for making and repairing tools, butchering sites, and fragments of animal bone” report the National Geographic.

They also found more western stemmed points. A layer of charcoal was found, and this was carbon dated and to the amazement of all, it was dated to 14000 years ago.

Radiocarbon dating and Bayesian analysis were carried out on other organic material found at Cooper’s Ferry. These results “indicate that people repeatedly occupied the Columbia River basin, starting between 16,560 and 15,280 calibrated years before the present” reports Science.

This was an explosive discovery because it had been widely believed that humans only arrived in the Americas about 13000 years ago. Now there is growing evidence that this is not the case. It would also support the view that the western stemmed points were the earliest technology in the Americas.

The academic consensus is that the Clovis People, who were “big game hunters” according to Science, were the first people to settle in the Americas and they came from North-East Asia.

They arrived via Beringia, an area of land in what is now the Bering Sea, which was submerged at the end of the Ice Age. Davis told OPB that the traditional model is that the Clovis People “walked across the Bering land bridge, before coming down the middle of the continent in an ice-free corridor.”

However, the finds in Idaho show that the Clovis people were not the first. They demonstrate that humans were probably living in America “before an ice-free corridor into the lower part of the continent opened up about 14,000 years ago” reports the National Geographic. Copper’s Ferry is now one of the most important Pre-Clovis sites which offer evidence that the Clovis People were not the first to settle the Americas. OPW quotes Todd Braje of the University of Diego as stating that “This is another domino in the collapse of the Clovis-first idea.”

This new evidence places humans in North America before they could have traveled to the continent via land. This raises questions as to how they arrived on the continent at this time, as the Beringia land bridge was still covered by ice at this time and is believed to have been impassable.  The find is thus lending credence to the idea that the first inhabitants of North America arrived by sea.

There is a controversial theory that the first humans to people the Americas came from the Pacific Islands. Another theory is that they came from North-East Asia by a coastal route. OPW reports that they possibly arrived by “following a coastal “kelp highway” full of sheltered bays and rich with food”. It is also possible that the prehistoric settlers arrived on the West Coast and made their way at some point down the Columbia River Valley to what is now Cooper’s Ferry.

The western stemmed points found at the Idaho site lend some support to the view that the first Americans arrived from Asia by a coastal route. These pointed stones are similar to others that have been found on the Japanese island of Hokkaido. This could suggest that hunters from North-East Asia brought the technology to North America.  Some believe that similarities between artifacts do not prove that there is a link between the people who lived in Idaho and Asia around 16,000 years ago.

Davis believes that there may be more sites to be found along the tributaries of the Columbia River. However, others were probably submerged during cataclysmic floods at the end of the last Ice Age. Cooper’s Ferry is now likely to be seen as one of the most important archaeological sites in the Americas. The finds from the site are showing that the peopling of the Americas was much more complex and possibly earlier than believed.