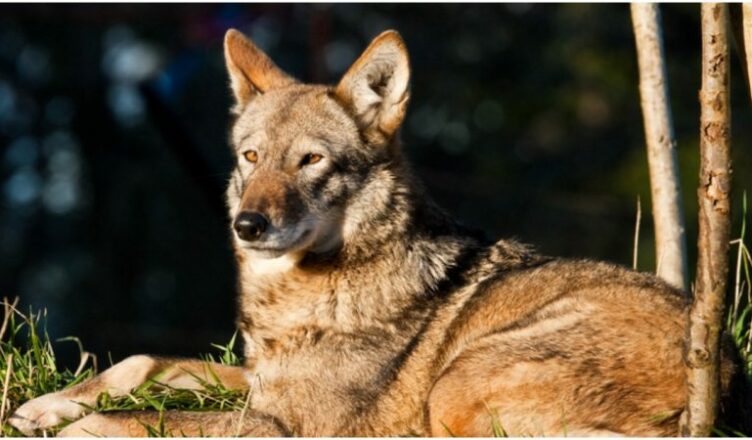 In Texas, mysterious red-coated canids are stirring debate as to how to preserve genetic diversity.

Ron Wooten, a wildlife biologist, says of canids on Galveston Island where wooden operates, “I thought they were some odd look Coyotes.

Nevertheless, DNA evidence suggests that large canids can descend from red wolves, a species declared extinct in the wild in 1980.

A small population of red wolves from a captive breeding program lives in a carefully monitored conservation area in North Carolina.

But those wolves have had no contact with other canids, including those in Texas. So maybe, Wooten thought, red wolves never actually went extinct in the wild. He made it his mission to find out. “There was no way I could let this go,” he says.

He reached out to evolutionary geneticist Bridgett vonHoldt at Princeton University. She and colleagues have amassed genetic data on about 2,000 North American canids, mostly coyotes and wolves, but with a few dogs thrown into the mix.

VonHoldt regularly receives photographs of wolflike animals with requests to identify what species they belong to — an exercise she describes as “really challenging and possibly misleading.” Instead, she asks for tissue samples so that her team can analyze the animal’s DNA.

“Many pictures I don’t give a second thought to,” she says. But Wooten’s photos of the Galveston Island canids were “a little bit different. It just doesn’t look typical of a standard coyote.”

She was also drawn into the research by Wooten’s concern for the animals’ welfare.

The canids live on an increasingly urbanized island, where they sometimes cross into people’s yards or end up as roadkill. “He really, really cares, and I wanted to help,” vonHoldt says.

Wooten took tissue samples from the bodies of two canids killed by cars. He later lost one of the samples but was able to send the scalpel he’d used on the animal’s carcass instead.

The DNA analysis revealed that the two Galveston specimens were mostly coyote, but carried genetic variants shared with only the red wolves, the researchers report online December 10 in Genes.

Since the red wolves — and thus their DNA— were thought to be extinct in the wild, the researchers dubbed the stretches of red wolf DNA “ghost alleles.”

These ghosts are worth keeping around, vonHoldt says, urging conservation measures that preserve not just species, but genetic diversity at every level.

Saving the ghost DNA could allow at least part of red wolves to live on in the wild, much the way that Neandertals are still present in the 1 to almost 3 percent of Neandertal DNA carried by modern people of Asian and European ancestry

Conservation efforts are mostly geared toward saving rare or endangered species, not preserving genetic diversity within common species, such as coyotes, vonHoldt says.

Wooten agrees the Texas canids are a treasure to be protected. “We have buried genetic gold in Galveston,” he says.