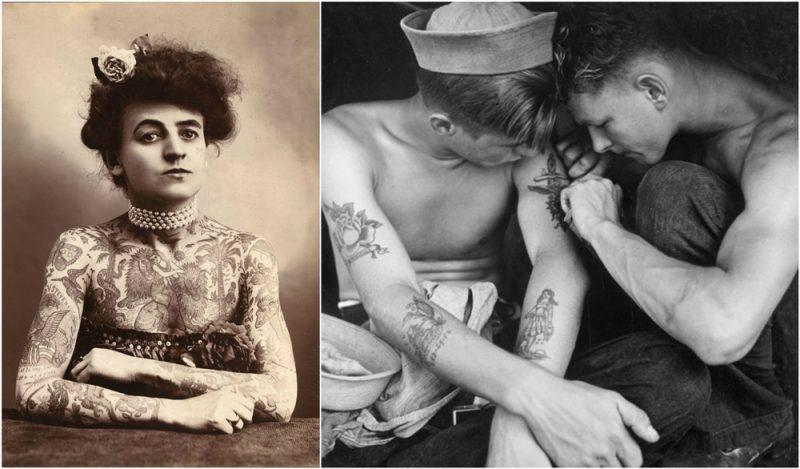 Maud Wagner, known as The Inked Woman was the first female tattoo artist in America

Born in Kansas, Maud Wagner was the lady responsible for breaking the myths surrounding tattooed women in America.

Although she lived during the Victorian era, that didn’t stop her from expressing her passion for tattoos and living her life the way she wanted.

Most women living during the Victorian period were rather humble, always decently dressed and thought that tattoos were a man’s ‘thing’. However, Maud proved to everyone that a woman can wear tattoos and look beautiful, and perhaps most importantly, need not be judged as immoral because of it.

Maud was an interesting person not only because of her tattooed body but also because of her profession. She worked as an aerialist and contortionist in numerous traveling circuses, where she met her husband Gus Wagner, a well-known tattoo artist.

According to legend, she exchanged a romantic date with Gus for a lesson in tattooing and that’s how their story began. He taught Maud how to tattoo and shortly after she became a tattoo artist herself.

The tattoos on Maud’s body had different meanings. Some were patriotic, and others symbolized animals, such as monkeys, snakes, lions, and butterflies. In time she became a circus attraction after getting ‘addicted’ to the ink and was widely known as the Inked Woman.

After several years of dating, the tattooed couple got married. Together, they had a daughter who was a born artist.

She started tattooing at the age of 9 and became a tattoo artist in her own right. Maud and Gus, after getting married, left the circus and started tattooing in vaudeville houses, amusement arcades, and country fairs. As a couple, they were a walking attraction.

Between them, with Gus as the most artistically marked up man and Maud as the first female tattoo artist in America, ruled the tattoo industry and spread the tattoo trend far from the places where the practice was started.

Maud passed away on January 30, 1961, at the age of 84. She’s remembered as a remarkable lady who had the courage to teach women that tattoos aren’t just for the men.