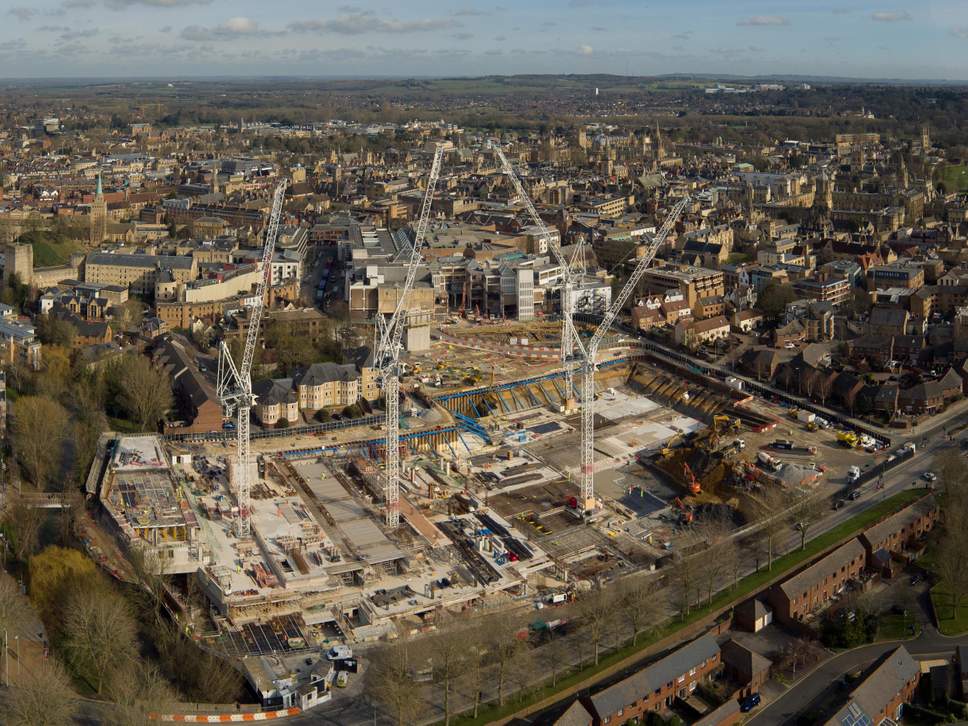 Archeologists, as they were experienced some seven centuries ago, unraveled the realities of daily life at Oxford University.

Researchers found the writing equipment, refectory cutlery and even ceramic beer mugs used by students and teachers back in the 13th, 14th and 15th centuries in one of Britain’s largest – ever urban excavations.

They even rediscovered what the medieval scholars of Oxford were eating–a very wide range of foods including beef, lamb, goose, salmon, trout and eggs. Archeologists have been able to see substantial parts of one of the largest medieval teaching institutions at the university for the first time for many centuries–a friary established by Franciscan friars in 1224.

It was of pivotal importance in the history of Oxford University. Along with their rivals the Dominicans, the Franciscans were a major force in helping to transform the institution – by focusing on intellectually much more rigorous and challenging subject matter in the curriculum.

Although the university had been around for several decades, it had specialized in teaching practical, vocationally oriented courses such as letter writing, Latin grammar, classical speech making, basic mathematics, and practical law.

However, the Franciscans and their Dominican colleagues and rivals introduced a new emphasis on theology in the curriculum which in turn led to the teaching of advanced philosophy, physics, natural history, geology, and even optics. At that stage, theology was viewed as the most ultra-modern cutting-edge intellectual discipline – and was even dubbed “the Queen of the sciences”. The Friars used theology and the contents of the Bible as a way into all those other disciplines. Largely courtesy of those medieval friars, Oxford quickly evolved into the international center of scholarship it still is today.

The archaeological investigation is, therefore, revealing what Oxford life was like during that historically crucial transition.

The operation – directed by an archaeologist, Ben Ford of the heritage consultancy, Oxford Archaeology – has yielded well-preserved quills, styluses, and even parchment prickers (the special needles used to rough out page layouts on parchment manuscripts). The archaeologists even unearthed oil lamps to read by, a rare medieval pencil (made of pure lead), bronze bookmarks, special scissors to cut vellum, and a very rare brass clasp from a large 13th-century book.

The friars provided copies of syllabus books for their students to use. It demonstrates how teaching was becoming more systematized and more professional.

The excavation has even yielded a small ceramic container that had held Spanish-originating mercury which the friars may well have used for alchemical experiments, mercury-assisted metal gilding – or even for trying to treat leprosy and possibly syphilis.

The archaeological investigation is also important because the Franciscan Friary (known as Greyfriars) was home to some of the most important scholars in Oxford University’s history and indeed the wider history of European academic life.

Among the eminent medieval scholars who taught at Greyfriars were Robert Grosseteste (one of mediaeval Europe’s first great mathematicians and physicists), Roger Bacon (a philosopher, linguist and pioneer of empirical science), Haymo of Faversham (a top international diplomat who taught at Paris, Tours, Bologna and Padua as well as Oxford), John of Peckham (who became Archbishop of Canterbury), Peter Phillarges (an Italian Franciscan widely recognised as Pope in the early 14th century) and William of Ockham (an important philosopher and radical political theorist).

These “super friars” with great international reputations had the ear of kings and popes and put Oxford more prominently on the map, internationally. They, and their Oxford student ‘hall’ and friary (Greyfriars) were politically very influential and that in turn helped to give the university greater status, thus attracting ever more top teachers and students.

Oxford’s Franciscan friary was home to the friar lecturers themselves – but also to dozens of students.

The archaeological evidence suggests that student life in medieval Oxford probably had at least as large food and drink component as it does today.

The archaeologists also found fragments of literally hundreds of jugs used to serve liquid refreshments in the friary’s great refectory.

Interestingly, many of the more elegant jugs were, in all probability, made specifically for the friary and were decorated with palm frond designs, potentially to commemorate Jesus’s triumphal Palm Sunday entry into Jerusalem shortly before his crucifixion.

The academic staff and students also appear to have eaten well. Archaeological analysis of the friary’s food waste reveals that they feasted on a very wide variety of meat, fish, eggs, and cereals. Mutton, lamb, pork, beef, chicken, geese and songbirds were all on the menu, as were sea fish (cod, whiting, haddock, herring, eel, gurnard, conger, grey mullet, thornback ray, salmon and sea trout) and freshwater fish (especially roach and dace).

The archaeological investigation has also revealed that they had a liking for oysters and mussels – and for hazelnuts and walnuts. For making pottage – a thick mainly vegetable stew – they used wheat, barley, oats, and rye.

The dig has even unearthed the iron knives (with bone and wood handles and brass decoration) used to cut up tasty joints of meat at mealtimes (the students and staff would have eaten with their hands rather than using forks). Also found were the iron spoons possibly used for consuming potage and broth, lots of cooking pots – and a huge 60cm-diameter mortar, potentially employed to grind up copious quantities of herbs and spices (some of the seeds of which have been found).

Apart from drinking, eating and, of course, studying, the scholars of medieval Oxford also seem to have been keen to look after their physical and spiritual health.

Fragments of at least a dozen medieval glass urine sample bottles have been unearthed. These would have been inspected by medically trained friars or barber-surgeons who believed that they could detect disease by assessing the liquid’s color and clarity.

A particularly enigmatic object found by the archaeologists was a beautifully preserved small wooden bowl, made of plum or apple tree wood, which may well have been used to collect blood during bloodletting.

It’s known that some medieval people – including members of religious communities – used such bowls to regularly bleed themselves, in the belief that the practice was good for their health! An added inducement, in the case of monks and friars, was that after each bloodletting session they were entitled to three days’ holiday.

But scholars appear also to have been concerned to preserve their spiritual health. Among the objects found in the friary have been a pilgrim badge from a trip to Thomas Becket’s tomb at Canterbury, a pendant displaying the crucifixion – and some tiny ceramic containers used to hold oil probably for sacramental purposes.

But perhaps the rarest find all is a wooden ball – physical evidence that medieval Oxford scholars were playing ball games. It confirms a medieval account of Oxford students entertaining themselves with such distractions – although the historical account is about a student who was actually killed during such a game. Ball games of all sorts were such a source of trouble in medieval England that the government eventually banned all of them.

In an official declaration, King Edward III ordained that all his subjects were prohibited “under penalty of imprisonment” from “stone, wood and iron throwing” including “handball, football or hockey” or “other such idle games”.

“Our excavation has allowed us to more fully understand the lives of some of Oxford’s earliest students,” said Ben Ford, the director of the dig. “The hundreds of everyday objects we found our revealing, in remarkable detail, how they and their teachers lived.”

The 18-month-long archaeological excavation also revealed the friary’s chapel, refectory, infirmary, kitchen, and its two cloisters – as well as its sewerage system (originally equipped with flushing toilets). Perhaps significantly, the timber-lined sewer channeled all the Franciscan waste directly towards their Dominican rivals’ friary – just 300 meters away.

The full archaeological investigation into the site is due to be completed by 2021. More than 10,000 medieval artifacts and other finds were unearthed during the excavation and are now being analyzed.

Microscopic examination of all the food remains has started and detailed radiocarbon dating on a range of finds will begin shortly. Ultra-rare octagonal oak columns, possibly from the friary’s 13th-century timber church, are also being conserved – and, it is hoped, will go on show in the Museum of Oxford.

A beautiful medieval tiled pavement from the friary has just been put on permanent public display, very close to where it was discovered, in the new Westgate shopping center in central Oxford.