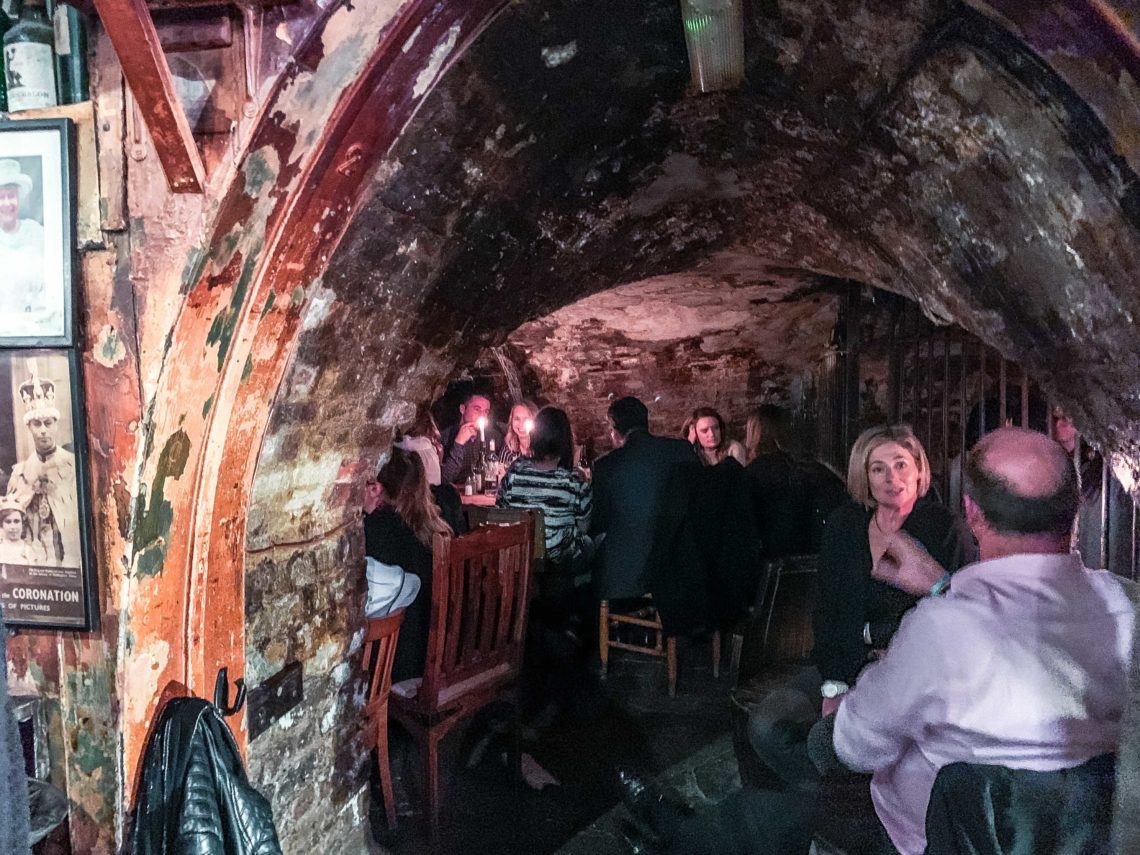 Gordon’s Wine Bar is readily the coolest bar in the UK, let alone London’s capital, close enough to Embankment’s crowds to listen to the steady buzz of foot traffic and a weird boat.

This drink in vaulted cellars, dimly lit up by candles at night, is about cheese and wine! Hidden in cellars. Ensure that for your next journey to London you save this address for your next London trip…

Though London likely has well over three thousand pubs, few inns or free houses can claim to have the vibe and appearance of a 17th-century establishment.

After all, where else in the city can you step into another time zone? One where people drink around barrels and interconnected chambers sprawl out as far as the eye can see?

The story of Gordon’s dates all the way back to as far back as 1890, making it (allegedly by some), the oldest wine bar in London.

Still, family-run to this day, wander down the rickety steps during opening hours and you can expect to find vaulted cellars, various posters, news clippings, and heirlooms, as well as a whole host of intimate seating areas.

The building where Gordon’s can now be found has an equally interesting history to the bar itself.

After all, it was here in Kipling House where Samuel Pepys (the famous diarist) lived in the 1680s and where Rudyard Kipling resided in the late 19th-century.

Today, you won’t find beer nor cocktails on the menu. Instead, there is simply an extensive wine list (which includes Madeira, Port, and Sherry), as well as several food items on the menu.

Culinary highlights include cold cuts, rather delicious cheese platters, and some hot options if you’re feeling a little more peckish.

If you’re visiting by tube, then Embankment is the closest station. Wander out up from the underground, turn right onto Villiers Street and you’ll stumble across tables spilling out onto the street and a vibrant atmosphere that is loved by all who make the trip.

Unless you’re a group of eight or more and you’re planning to visit Gordon’s wine bar before 12:30 AM at lunch or 4:30 PM in the afternoon, then reservations can’t be made in advance.

Instead, the bar operates a ‘first come first serve policy,’ meaning that space is always pretty limited, especially so on the weekends!

Nearby, other London hidden gems and secret locations are to be found in abundance.

For example, just a short walk away you’ll soon discover Cleopatra’s Needle is an Ancient Egyptian Obelisk which overlooks the fast-flowing murky waters and dates back to around 1450 BCE.