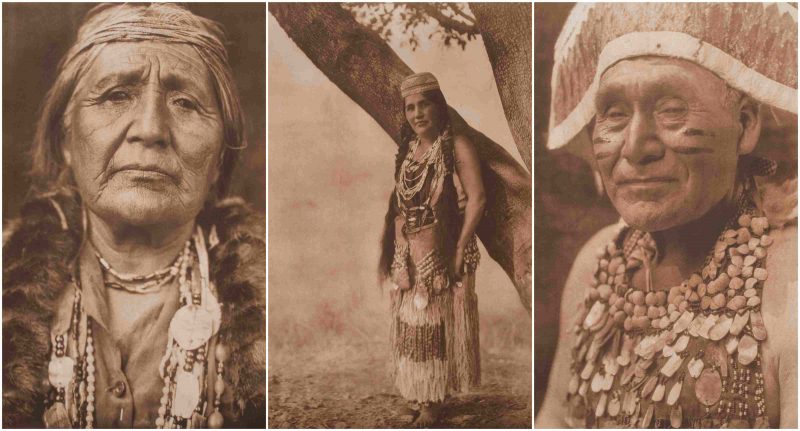 Fascinating portraits of the Native American Hupa tribe, one of California’s earliest cultures

It has been estimated that around 300,000 indigenous people in over 200 tribes proudly called this area their home before the arrival of the Spanish padrés in California. However, it didn’t take long before California’s indigenous population started to decrease.

Contact with the Europeans who brought with them Old World diseases, including influenza, malaria, dysentery, and syphilis, caused the death of thousands of Native Californians.

By the moment California went under U.S. control, about two-thirds of the indigenous individuals had disappeared after the Mexican-American War. During the following centuries, this pattern of decrease persisted and by 1900 the indigenous population of the state had been lowered to 20,000.

Today, there are more than 100 federally recognized Native American tribes in California, each of which has a distinct history, culture, and tribal traditions. Among them, the Hupa people, who settled in the Hoopa Valley about 1,000 years ago, hold a very special place as one of California’s earliest cultures.

What we know today about the Hupa people and their culture we owe, in part, to a man named Edward S. Curtis who dedicated his life to recording the lives of Native Americans and took thousands of photographs that form his incredible 20-volume chronicle of 80 tribes. The celebrated photographer also took fascinating portraits of the Hupa people.

Not much is known about the earliest years of their history, but according to most historians, these people migrated from the far north about 1,000 years ago.

Unlike other native people in California, the Hupa had very little contact with white settlers up until the gold rush of 1849 when many miners came onto their lands. While most California Native Americans faced the destruction of their homelands with the arrival of the white people, this was not the case with the Hupa, who were never forced to move off their lands.

According to the treaty of peace and friendship signed between the United States government and the Hupa tribe in the 1860s, the government recognized the area of the Hoopa Valley as belonging to the Hupa.

Article 1 establishes the basis of the treaty, according to which “the United States government, through Austin Wiley, superintendent of Indian affairs for the State of California, by these presents doth agree and obligate itself to set aside for reservation purposes for the sole use and benefit of the tribes of Indians herein named, or such tribes as may hereafter avail themselves of the benefit of this treaty, the whole of Hoopa valley, to be held for the sole benefit of the Indians whose names are hereunto affixed as the representatives of their tribes.”

The Hupa called themselves the “Natinnoh-hoi,” which translates as “people of the Natinnoh,” the Hupa name for Trinity River.

They lived in villages usually located near a spring that supplied drinking water. The size of each village varied, and in some cases could reach up to 200 people and over 25 houses.

The largest village in the South Valley was called Takimitlding, but there was another village, called Medilding, that dominated the North Valley and was even larger than Takimitlding. The rest of the villages were significantly smaller.

The diet of the Hupa consisted mainly of salmon, which came up the Trinity during spring and fall and in smaller numbers during winter and summer. Of course, the Hupa had their own way to preserve the salmon for over a year by smoke-drying it.

Another major source of food was acorns, mostly from the tanbark oak, and various kinds of nuts and berries. Additionally, in late spring, the Hupa women gathered bulbs and roots in the woods. Sometimes the men hunted wild animals such as deer and elk, but they didn’t rely as much on hunting as they did on salmon and acorns.

The Hupa and their neighboring tribes used similar tools in their everyday lives, mostly made of wood and stone.

However, what also sets the Hupa them apart from other tribes in their surroundings surely has to be the quality of their women’s hats. Beautifully decorated with complex geometric designs, these hats became a symbol of Hupa culture.

The Hupa traded frequently with the Yurok from whom they got canoes, salt, and dried seafood in exchange for various kinds of inland foods and possibly animal skins.

In the late 1700s, the population of Hupa was estimated to be around 1,000 and about one century later there were only around 500. According to the Federal Census of 1910, the population of the Hupa was said to be over 600 and has seen a constant increase in the following period. Nowadays, the Hupa tribe count nearly 3,000 persons.

Today, the Hupa have their own museum on the Hoopa Valley Indian Reservation in California, where many fascinating artifacts of this culture can be seen. The tribe also has a library and a dictionary of their language.