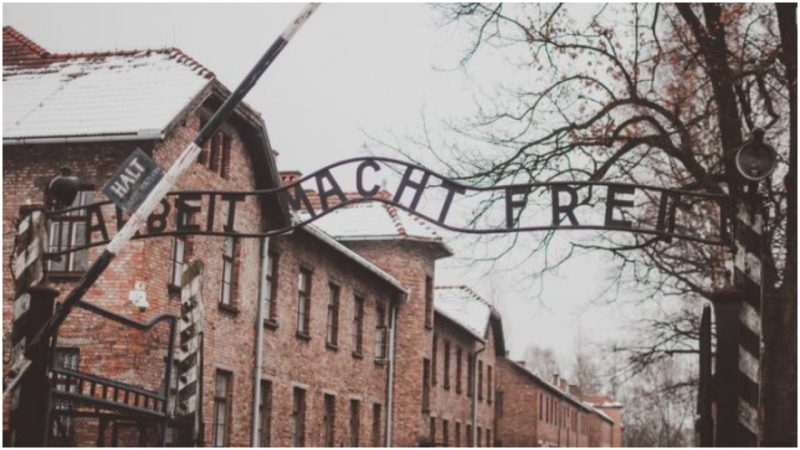 According to a statement and survey results released on Holocaust Remembrance Day on January 27, 2019, a survey found “significant gaps” in Holocaust knowledge, especially among millennial-age respondents.

According to the survey conducted by interviewing 1,350 American adults aged 18 and older in February 2018, two-thirds of millennials — 66 percent — are unable to identify what Auschwitz was.

Auschwitz opened in 1940 in southern Poland and was the largest of the Nazi concentration and extermination camps. According to various estimates, between 1.2 and 1.6 million people lost their lives in Auschwitz, say, historians.

The Holocaust Knowledge and Awareness Study found that 7-out-of-10 Americans say fewer people seem to care about the Holocaust than they used to and a majority — 58 percent — believe something like the Holocaust could happen again, according to the Conference on Material Claims Against Germany, which commissioned the study.

“The survey found there are critical gaps both in awareness of basic facts as well as detailed knowledge of the Holocaust, and there is a broad-based consensus that schools must be responsible for providing comprehensive Holocaust education,” according to a statement released by the Claims Conference.

In the survey, 11 percent of U.S. adults and over one-fifth of millennials haven’t heard of, or are not sure if they have heard of, the Holocaust. The ignorance gap widens when it comes to identifying what Auschwitz was. When that question was posed, 41% of Americans did not know what the World War 2 extermination camp was, and 66 % of the millennials did not know, the survey says. Other troubling findings were that 52 % of Americans wrongly think Hitler came to power through force when he was elected to office by the German voters.

“Not knowing a thing and being unable to explain a thing are vastly different descriptors — without further details in either the post or the article, readers were not necessarily equipped to determine just what purported level of ignorance ‘millennials’ maintained about the events of the Holocaust.”However, the growth in unawareness about the Holocaust is a widely shared concern and underscores the need for education.

A recent CNN poll in Europe revealed that about a third of the 7,000 European respondents across 7 countries knew “just a little or nothing at all” about the Holocaust.“In France, nearly 20 % of young adults between the ages of 18 and 34 said they had never heard of the Holocaust,” according to CNN.

The Holocaust is estimated to have killed 12 million people, including 6 million Jews, during World War 2.“This study underscores the importance of Holocaust education in our schools,” Greg Schneider, executive vice president of the Claims Conference said in a statement.

“There remain troubling gaps in Holocaust awareness while survivors are still with us; imagine when there are no longer survivors here to tell their stories.”

Virtually all of the recently surveyed U.S. adults, or 93 percent, believe all students should learn about the Holocaust in school and 80 percent say it is important to keep teaching about the Holocaust so it does not happen again, according to the statement accompanying the survey.“

As we get farther away from the actual events, 70-plus years now, it becomes less forefront of what people are talking about or thinking about or discussing or learning,” said Matthew Bronfman, a board member of the Conference on Jewish Material Claims Against Germany, which commissioned the study, said in an interview with The New York Times.“If we wait for another generation before you start trying to take remedial action, I think we’re really going to be behind the eight balls.”