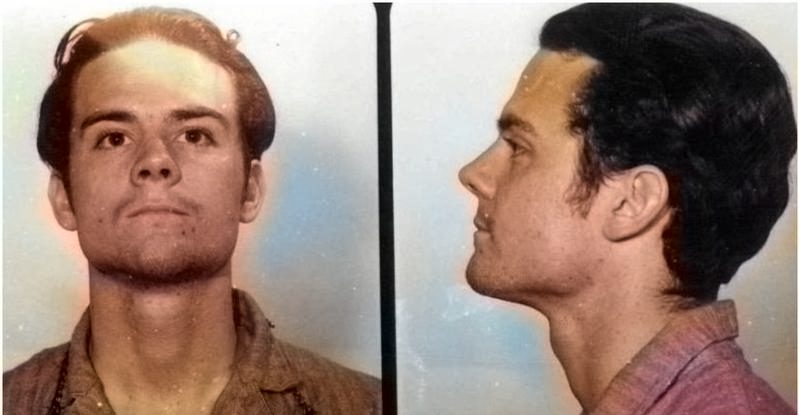 In 1972-1973, Herbert Mullin killed 13 people in California because he thought it could stop an earthquake. This is his chilling story.

In 1972, Herbert Mullin believed that there would soon be a massive earthquake near his home in northern California. And Mullin had a grisly solution to the problem.

Mullin started life normally enough, according to learninghistory.com, with a strict but stable upbringing and numerous friends. He was even voted “Most Likely to Succeed” in his high school class.

Not long after he graduated, though, things began to change significantly for Herbert Mullin. A close friend died in an auto accident, leaving him emotionally crushed. He built a shrine for his friend in his bedroom, and later he began to say he was afraid he might be homosexual.

He began using marijuana and LSD when he was 19, which only served to increase and amplify the symptoms he was experiencing. By the time he was 21, his parents had him committed to a mental hospital for the first time, but he left treatment after several weeks.

His prognosis was considered to be poor. Mullin wouldn’t stick to the medications and therapy he was prescribed, and the pattern of hospitalization and release continued for several years. He began hearing voices, and by the time he was 23, a diagnosis of schizophrenia was confirmed by three separate doctors.

Mullin’s birthday was the anniversary date of the San Francisco earthquake of 1906, and, as his illness progressed, he became increasingly obsessed with thoughts about earthquakes. When a mathematician predicted that early in January 1973 the San Andreas Fault would again become unstable, Mullin knew that he had to take steps. The voices in his head told him the way to avert the disaster was by making a human sacrifice.

His first such act was on October 13, 1972. He found a transient hitchhiker named Lawrence White and beat him to death with a baseball bat. He later said that White was really the biblical Jonah and had telepathically asked to be sacrificed to save others from the coming disaster.

His next victim, on October 24, was a college student named Mary Guilfoyle. She was looking to hitch a ride on her way to an interview. He picked her up, stabbed her to death, dissected her, and left body parts scattered along the road.

On November 2nd, Mullin went to church to make his confession. When he arrived, he had the delusion that the priest wanted to volunteer to be the next sacrifice to keep the earthquake at bay. Mullin killed the priest in the confessional and ran out of the church. He was seen by a witness, but the description the witness gave the police wasn’t enough to find him.

The date the mathematician had predicted for the big earthquake came and went without any seismic activity, and Mullin felt certain it was because of his work. On January 25, 1973, he killed five more people, all in the same day.

He wanted to ensure that the disaster stayed at bay. Two of the five people he killed were an old friend and the friend’s wife. The other three were a woman and her two children who lived in a house that the friend had formerly lived in.

On February 6th he struck again, killing four teenagers at a campsite. He believed that they had telepathically offered themselves to be more sacrifices.

On February 13th, he committed the murder that led to his capture, shooting a man in broad daylight, in his own front yard. A neighbor got Mullin’s license plate number and gave it to police, who then found and arrested him.

After his arrest, Mullin confessed what he had done and why explaining that the voices in his head said it was the way to prevent an earthquake. He took full credit for the fact that no earthquake had yet occurred, certain that his actions had prevented it.

The Santa Cruz District Attorney’s office charged him with 10 of the 13 murders (the rest were in other counties). Since Mullin had confessed, the trial was not to establish guilt, but rather to determine if he was sane enough to be responsible for his actions. The defense argued that he had paranoid schizophrenia and wasn’t culpable, while the prosecutors argued that he had taken steps to hide his actions which counted as premeditation and implied that he was sane.

He was sentenced to life in prison and since 1980 has had parole requests denied ten times.