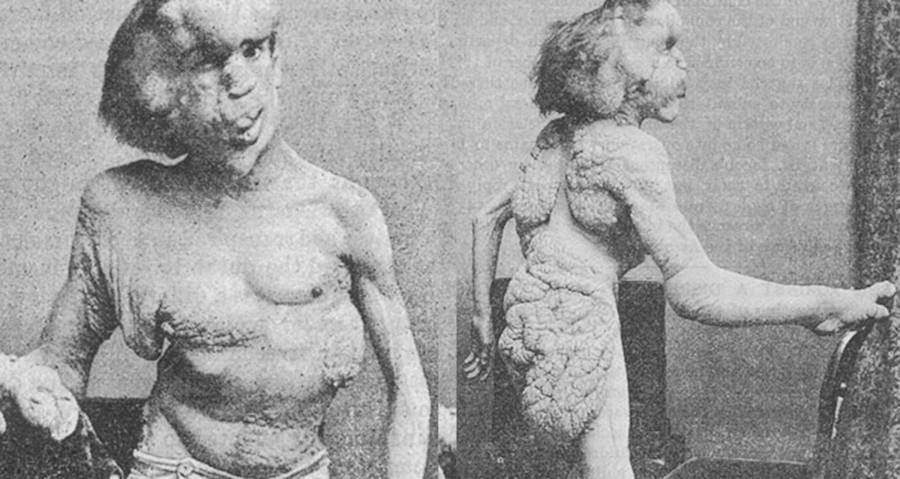 “The Elephant Man” was a tragic Victorian sideshow act. His skeleton was kept for research upon his death but the location of the rest of his remains was unknown until now.

A biographer for Joseph Merrick, better known as “The Elephant Man,” believes that she has discovered the infamously deformed man’s remains 130 years after his death in an east London hospital.

According to the BBC, Merrick’s skeleton was preserved at the Royal London Hospital as a scientific specimen after his death but his soft tissue had been buried elsewhere. Where exactly nobody really knew, at least until now.

Jo Vigor-Mungovin, the author of Joseph: The Life, Times & Places of the Elephant Man, claims that an unmarked grave in the City of London Cemetery and Crematorium actually belongs to The Elephant Man after poring through Victorian cemetery records from the year of the man’s death.

“I was asked about this and off-hand I said ‘It probably went to the same place as the [Jack the] Ripper victims,’ as they died in the same locality,” Vigor-Mungovin said. The idea lingered in the writer’s mind so she decided to do some digging. She began looking through the City of London Cemetery and Crematorium records, narrowing the time period of her search.

“I decided to search in an eight-week window around the time of his death and there, on page two, was Joseph Merrick,” she recounted. Vigor-Mungovin added that Merrick’s remains were likely lost in the minutia of the many bodies buried during his time of death.

Although the remains have yet to be tested, the author had done extensive research into Merrick’s life for her book and is herself “99% certain” that it is the grave of none other than England’s Elephant Man. This is because the cemetery records showed the deceased’s residence was London Hospital — where Merrick had spent the last years of his life — and that the age of the deceased was about the same as Merrick’s when he died.

The detailed records also listed Wynne Baxter as the coroner, the same medical worker who conducted the inquest of Merrick’s death. The burial is dated 13 days after Merrick had died.

“Everything fits, it is too much to be a coincidence,” Vigor-Mungovin said. Authorities have said that a small plaque could be made to mark the discovered grave and Vigor-Mungovin is hopeful that a memorial in Merrick’s hometown of Leicester could follow.

Joseph Merrick’s life was both fascinating and tragic as the extreme physical deformities which covered his body made him both curiosity and social pariah.

Merrick had been born as a healthy and normal baby, but at five began to experience rapid and gruesome physical changes. Among the deformities he suffered were swollen lips, ash-colored skin, a giant growing lump on his forehead, abnormally large feet, and flesh bubbles all over his body.

The agonizing changes Merrick experienced were compounded by the psychological and emotional suffering as he was ostracized for his appearance. He joined a traveling “Freak Show” after he was unable to find regular work, forced to make a living as a spectacle.

He eventually met Dr. Frederick Treves who worked at the London Hospital and was able to examine Merrick’s condition up-close. “His head was the most interesting thing. It was very, very big–like an enormous bag with a lot of books in it,” Treves wrote.

Merrick was diagnosed with a heart condition and his deformities steadily grew all over his body. He found refuge at the hospital after his health continued to deteriorate, and lived off donations that the hospital received from sympathetic donors.

He lived out his last years peacefully in the care of physicians until he died on April 11, 1890, at just 27. Merrick’s bones are now kept at the St Bartholomew’s Hospital Archives and Museum.