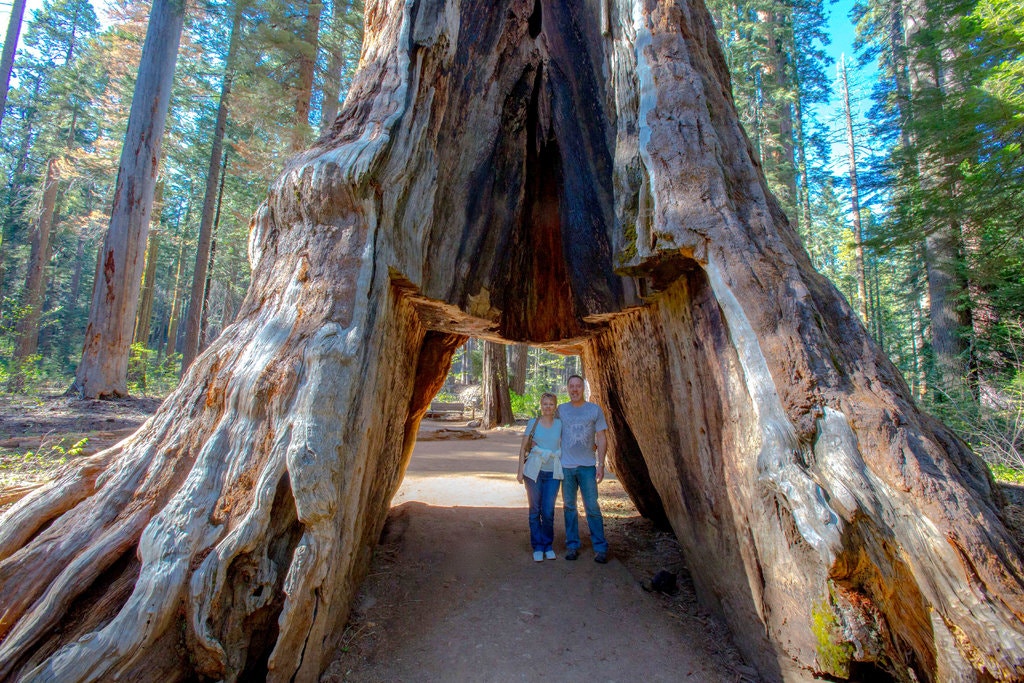 The Pioneer cabin tree older than 1,000 years has fallen after a violent storm that hit California

After getting the news, it feels like the end of an age, the iconic Sequoia ‘ Tunnel Tree ‘ has gone down in history as a violent storm that struck California brought it to the Ground.

The Tunnel Tree was part of the Calaveras Big Trees State and was counted among the most famous trees across the United States. For over a century, it enchanted the hearts of the park’s visitors.

It is estimated that the gigantic tree was older than 1,000 years and measured 10 meters in diameter.

“The Pioneer Cabin Tree has fallen! This iconic and still living tree – the tunnel tree – enchanted many visitors.

The storm was just too much for it,” reads a status update at The Calaveras Big Trees Association’s page on Facebook. The Sequoia tree was grandeur, which allowed it to claim such an iconic status.

Reports suggest that in the past couple of years, the tree was barely alive, having only one branch alive at the top.

The storm which is considered to be the strongest one to hit the area in over a decade had apparently been too much for the tree. Flooding and the shallow root system of the gigantic tree are most likely to be the reasons for why the tree fell.

The Tunnel Tree had been among the most popular sites of the state park ever since the late 19th century.

Also known as the Pioneer Cabin Tree, it got its name for its distinctive hollow trunk, partially burnt after a forest fire. It had small compartments much like in a log cabin, burnt core as a chimney, and a small opening as a backdoor.

During the 1870s, its compartments were fused into a tunnel so that tourists could pass through it.

This particular tree was selected as it already had large forest fire scars. However, this enabled the tree to compete for attention with the Yosemite’s Wawona Tree and to attract more tourists to the park.

Since the 1880s, park visitors were encouraged to inscribe their names into the tree, but the practice was stopped during the 1930s in order to preserve it.

The trail through the tree was initially for pedestrians only. Later on, automobiles could also drive through as part of the “Big Trees Trail.”

It was one of the few “drive-through” trees within the area of California. The trail was kept open to hikers only afterward.

A report by the United States Forest Service, as of 1900, suggests that the tree was 85 meters tall. Bearing in mind its glorious past, it really is like the end of an epoch.