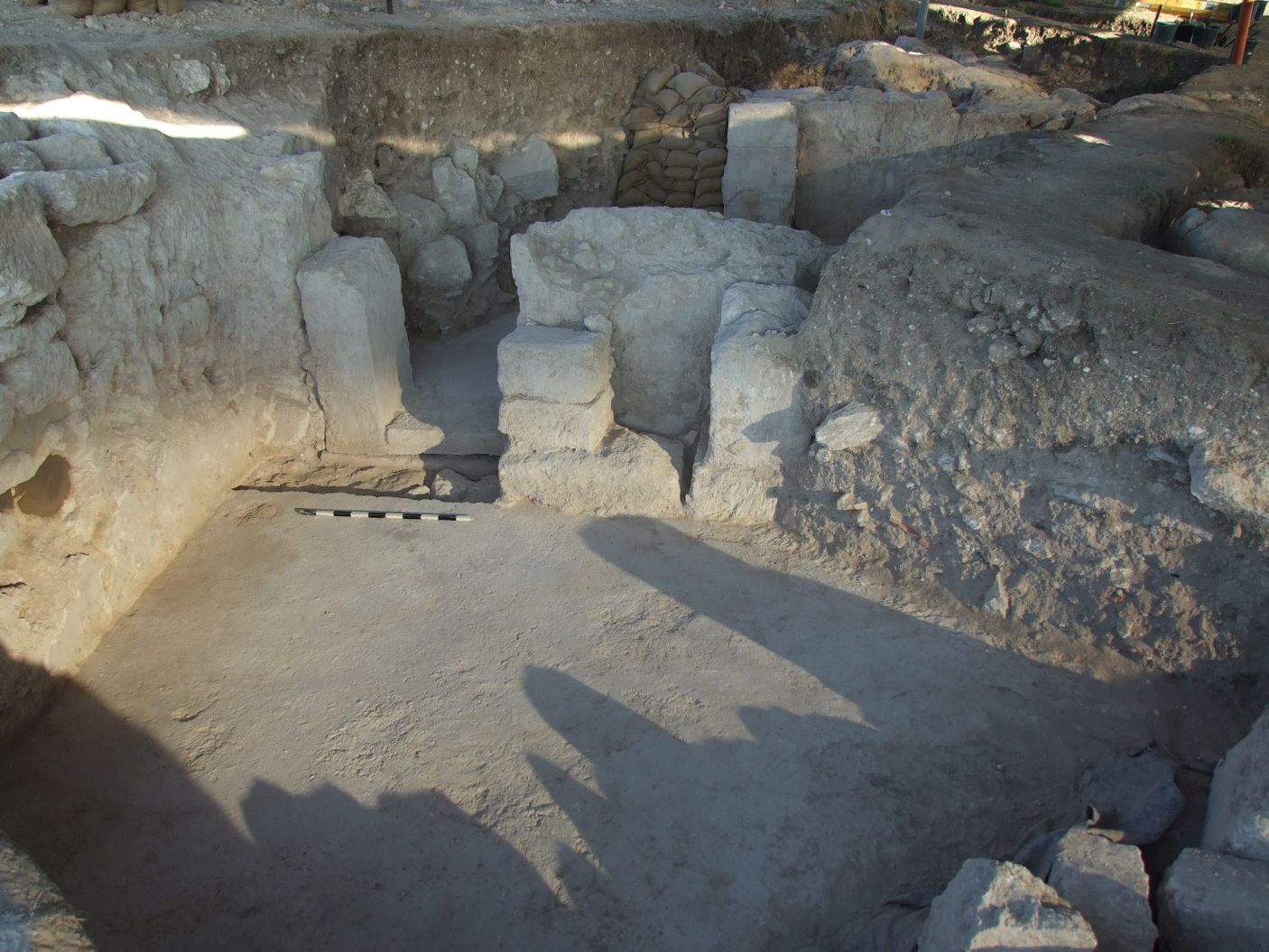 The camp found by Armageddon is the only full-scale Roman legionary base found so far in the East: It housed the ‘Ironclad’ Sixth Legion, a cremated comrade in a cooking pot, and a Sacred Eagle, whose birdly squawks would be interpreted as portents of war

A monumental gate and dedicatory inscription in Latin are among the discoveries unearthed at the vast Roman military encampment discovered at Legio, near Tel Megiddo in northern Israel. The huge gate led to the Principia or headquarters.

Categorically, the existence of the camp proves the assumption that ancient Rome maintained a massive military presence in Galilee some 1,900 years ago, based on multiple sources.

The camp at Legio (also known as Lajjun) dates to the second and third centuries C.E. Today covered by crops, then it was home to the famous 6th Legion.

The Legio camp is the only full-scale imperial Roman legionary base discovered so far in the eastern empire, Matthew J. Adams, director of the W.F. Albright Institute and co-director of the dig.

The monumental gate to the Principia at LegioYotam Tepper Camps of the sort are familiar from the western empire, and given the extent of local Roman presence, other major bases are likely to eventually be found in the east.

For instance, it was known that a full – scale Roman Legion was based in Aelia Capitolina, Emperor Hadrian’s colony had built on Jerusalem’s ruins after the destruction of the city in 70 CE. The base of that legion has not yet been found, though, at least.

The legion’s task was to secure Rome’s hold over Syria-Palaestina, guard vital imperial roads, and maintain order in the region.

It was also likely involved in quenching Jewish uprisings, such as the fateful Bar – Kokhba Revolt that started in 132 C.E. And it would end in a categorical Roman victory three years later.

Meanwhile, the camp by Tel Megiddo, which has been explored from 2014 to 2017 by Dr. Yotam Tepper of Haifa University and the Israel Antiquities Authority, sheds light on how the Roman army organized its affairs in the east as well.