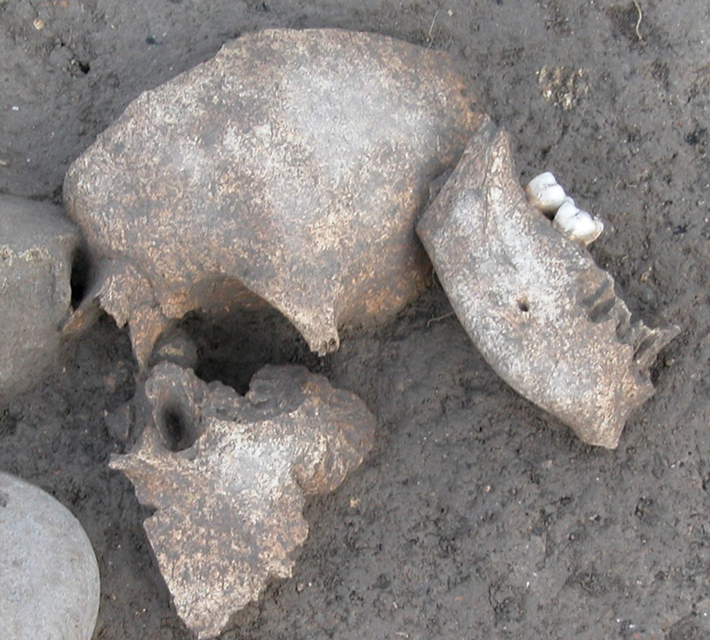 The ancient Celts took boasting of their conquests to an extreme: They hung the severed heads of their victims around the necks of horses to parade the gory trophies around. And now, archaeologist have discovered the macabre evidence — embalmed, severed heads dating back more than 2000 years in France.

Ancient Greeks and Roman texts suggested Celts in the region of Gaul — what is now France and neighboring areas — cut off the heads of their enemies after battle and hung them around the necks of their horses as they brought these grisly trophies back to home.

Sculptures depicting this practice found in the Iron Age settlement of Entremont in Provence in southern France corroborated these stories.

Past record also suggested that the Celts embalmed these decapitated heads to display them in front of their homes “as trophies to increase their status and power, and to frighten their enemies,” study senior author Réjane Roure, an archaeologist at Paul Valery University of Montpellier in France, told Live Science.

Now, scientist have evidence these claims were real, detailing their findings online in the Journal of Archaeological Science.

Scientists analyzed pieces of skulls discovered at the Celtic site of Le Cailar in southern France, which archaeologists found in 2000. The fortified Iron Age settlement — located on a small hill near a wide lagoon connected to the Rhone River — was a harbor for Mediterranean traders.

From 2003 to 2013, researcher at the site excavated about 50 skulls, broken into about 2500 pieces. The skulls were discovered alongside weapons and near what was possibly one of the settlements gates.

The placement of the heads and weapons suggests they were, long ago, on display in a large, open space inside the site, the Archaeologist said.

The site was occupied from the 6th-century B.C. until the 1st century A.D., after the Roman conquest of Gaul.

The skulls date from the 3rd century B.C., which was known for its many battles and wars across almost the whole of Western Europe, the researchers stated.

The scientists chemically analyzed eleven skull fragments to see if they possessed traces of embalming. 6 fragments bore signs of conifer resin, along with molecules that are present only when the resin of pine trees gets heated to a high temperature.

This is the 1st time that chemical analysis has found evidence that Celts embalmed heads during the Iron Age, the researchers said.

Future research can explore whether these heads were embalmed during the whole of the 3rd century B.C., or whether this practice happened only during a short time during that century, Roure said. “Also, there are many other severed heads in Iron Age Europe, and it would be very interesting to know if they were all embalmed,” he said.