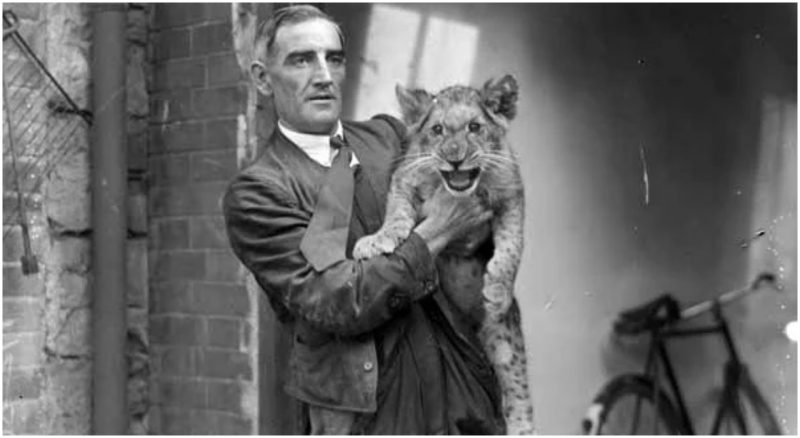 During the 18th century, you could pay your admission ticket to the zoo in London by bringing a cat or a dog to feed the lions.

During the 18th century, you could pay your admission ticket to the zoo in London by bringing a cat or a dog to feed the lions. From the 12th to the early 19th century, Londoners became used to hearing the sounds of exotic beasts at the Tower of London Menagerie.

At the old venue, zoo-goers were able to catch some authentic sights, including a chained polar bear allowed to swim and fish in the Thames River to feed themselves.

Animals such as “white bears” or lions were commonly exchanged among royals in those old days as gifts. Nowadays, at the historic Tower site, there are only artistic installations and sculptures depicting some of the animals used to be tenants.

The position of these artworks is said to be close to the places where the real animals were once caged. It was William the Conqueror, the King of England, who started collecting some exotic animals within the royal circles.

He reportedly kept them at his palace in Woodstock Park. Around the year 1100, his son, Henry I, enclosed a large area of the Woodstock estate and enlarged the collection of animals.

He is known to have kept different species such as lions, camels, leopards, lynxes, owls, and a porcupine. Henry was not motivated by animal welfare or mere curiosity: he would have the fierce animals released so that he could enjoy the thrill of hunting them.

No documents confirm the existence of the Tower Menagerie in the days of Henry I, but records of payments commissioned to lion-keepers around the year 1210 hint that King John, who reigned England in the period between 1191 and 1216, did keep some wild beasts at the tower. He supposedly kept some bears, too.

King John’s successor, Henry III, continued the tradition of keeping animals at the Tower of London. He must have been pleased when handed a genuine wedding gift by Frederick II, the Holy Roman Emperor, of three “leopards,” although it is thought that the leopards were actually lions. His royal crest, however, featured three lions, which today are depicted on the England soccer team strip.

Some of the most spectacular new-arrivals in the early days of the zoo were the white bears and an elephant from Africa. These were other gifts given to Henry III from the kings of Norway and France, probably in 1252 and 1255.

Shortly after the arrival of the elephant, the entire animal collection was relocated to the bulwark close to the tower’s main entrance, which was named the Lion Tower. The structure, which was demolished in the 1800s, would have contained cages with arched entrances in rows, enclosed behind grills. They were set in two stories. During the day the animals remained in the upper cages. For the night they were brought to the lower ones.

Unfortunately, many animals kept within the Tower Menagerie died because of the inadequate conditions. The animals were not in their natural habitat and they were kept in a relatively small area.

Some of them managed better than others, such as the lions and the tigers. However, the elephant did not last very long. Although it was provided a separate cage, plus had a dedicated person to take care of him, the animal sadly died just a few years after arrival.

It was only in the 16th century, under the reign of Queen Elizabeth I, that the zoo opened for everyone. In this later period, some accidents occurred that raised safety concerns. It was alleged that a number of people, including both zookeepers and also unfortunate visitors, were killed by some of the animals.

In the 1700s, an unconventional means of payment for admission to the venue came into force. People could enter London Zoo without having to pay the three half-pence entrance fee–all they had to do was to bring some cats or dogs to feed the always hungry lions.

Animals such as lions, tigers, bear, and hyenas continued to be held in captivity there until the end of the 18th century. But just 3 decades into the 19th century, the beasts were no longer to be found at the Tower of London site.

Some of them were transferred to the newly opened London Zoo at Regent’s Park and some were sent to the zoo overseas in Dublin. The Tower Menagerie was finally entirely closed by 1835, on the orders of the Duke of Wellington.